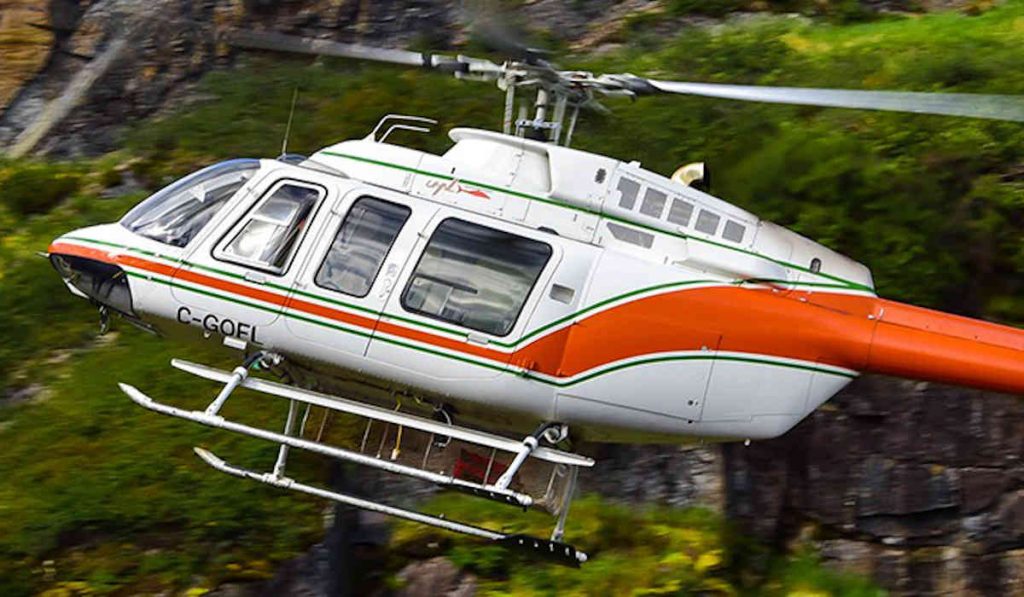 Universal Helicopters was founded in 1963 and purchase by a group including Nunatsiavut in 2013. (Photo: Nunatsiavut Group)

Chris Webb, president and CEO of Nunatsiavut Group of Companies (NGC), noted the decision was made after a difficult 2019 financial year that was compounded by the current business conditions caused by COVID-19 pandemic, as well as the 2018 acquisition of Lakelse Air, among other conditions. NGC owned 40 per cent of Universal Helicopters.

Founded in 1963, Universal Helicopters Newfoundland Ltd. in 2013 entered into an agreement to sell its operations to a limited partnership formed by Nunatsiavut Group of Companies, Tasiujatsoak Trust and CAPE Fund. Maintaining a version of the Universal Helicopters name, the operation was one of the first companies in the world to incorporate the Bell 407. In 2018, it purchased Lakelse Air of Terrace, BC. Universal was led by CEO Geoff Goodyear, who joined the company in 1979.

Universal Helicopters operated approximately 35 aircraft from 12 bases in Canada and the United States (British Columbia, Newfoundland and Labrador, California, Oklahoma, Georgia and Louisiana). In its statement, NGC noted efforts were made with its banks and creditors to continue operations.

CBC News reported on Wednesday afternoon that the Newfoundland and Labrador Department of Transportation and Works provided it with an emailed statement that its current contract with Universal Helicopters was set to expire on March 31, 2020, but this was extended and the government was preparing to make a decision on its next contract award.