“This demonstration strengthens the Global 7500 jet as a jet that simply has no peer in terms of combining size and real-world capabilities.” 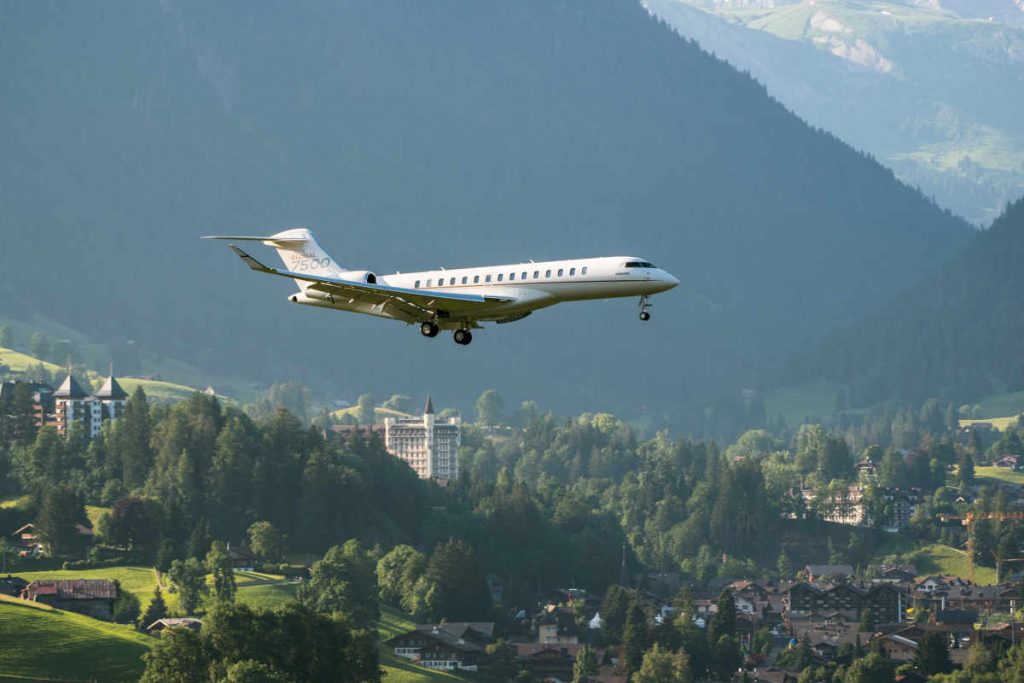 Operating out of Gstaad Saanen Airport, the Bombardier Global 7500 showcases the capabilities of its wing design, enabling the new aircraft to access challenging airfields with short runways in hot temperatures or at high altitude locations. (Photo: Matthias Geiger)

The Bombardier Global 7500 was on full display earlier this month operating out of Gstaad Saanen Airport in Switzerland, which is notable for its location in the heart of the Alps. Gstaad Saanen provides a testament to the short-field performance of private aircraft, which predominantly access the airport, as well as an aircraft’s ability to operate at high altitudes and in hot temperatures. The 7500 was scheduled to continue its journey next to the Middle-East, reaching Dubai directly from Gstaad Saanen.

Bombardier notes the aircraft’s approach and take-off – in addition to flight – capabilities are largely provided through the flexibility of its wing design, which the Montreal company has positioned as a manufacturing priority given its January 2019 agreement to acquire the Global 7500 wing program from Triumph Group of Texas; and a range of recent agreements to sell several other aerospace assets.

“This demonstration strengthens the Global 7500 jet as a jet that simply has no peer in terms of combining size and real-world capabilities,” said Peter Likoray, senior VP, worldwide sales and marketing, Bombardier Business Aircraft. “Not only can it access demanding airfields in hot and/or high locations, it also delivers uncompromising value to customers under any conditions, at any time, without the need for tailwinds and a signature smooth ride through exceptional wing flexibility.” 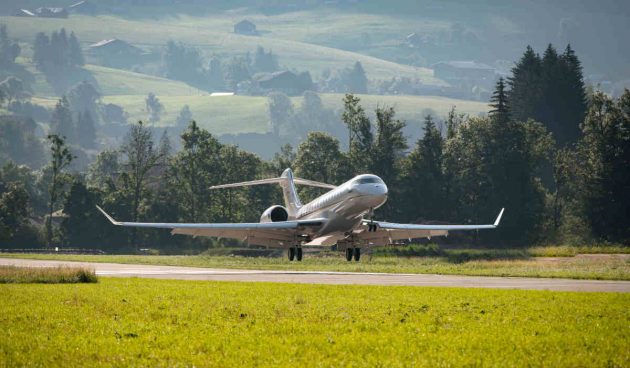 Bombardier states the Global 7500’s wing technology – often referred to as smooth-ride technology by the company – generates unprecedented amounts of extra lift on takeoff and approach due to its slats and flap system. The aircraft’s design, continues Bombardier, makes it the largest business jet with the short-field performance and steep approach capabilities, allowing it to operate out of demanding airfields such as Gstaad Saanen or London City Airport. The Global 7500 also features the recently unveiled Soleil lighting system, noted as aviation’s first circadian rhythm-based cabin lighting technology, and the patented Nuage seat.

Also in Gstaad, Bombardier showcased its super-midsize Challenger 350 aircraft jet. Bombardier states the Challenger 350 set a world speed record in its class, flying from Gstaad’s Saanen airport to Malaga in Spain in two hours and four minutes at an average cruise speed of Mach 0.82.