Features
A look Inside Polish Aviation 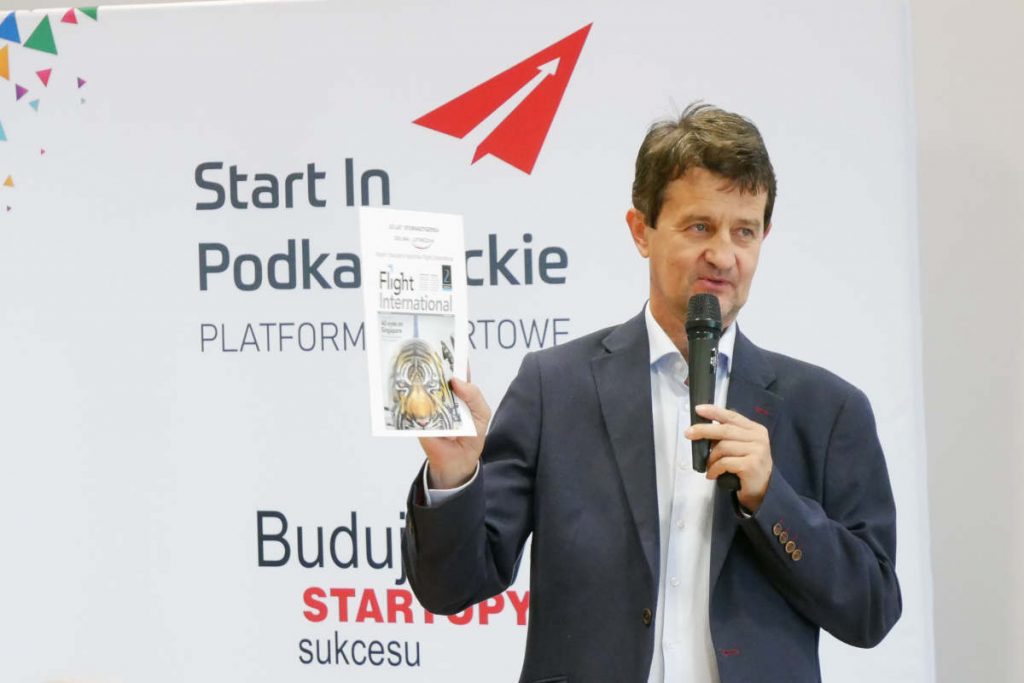 Andrzej Rybka, managing director of Aviation Valley, a cluster located in southeast Poland from where approximately 90 per cent of the country’s aerospace revenue is generated. (Photo: Polish Investment & Trade Agency)

The first flight in Poland took place in 1912, just nine years after Orville and Wilbur Wright were credited with the world’s first controlled flight of a powered aircraft in North Carolina. By the 1920s, Poland was producing its own engines and aircraft like the RWD-1 and in the 1930s the PZL LOS. Its aviation industry came to an abrupt halt in the late-1930s because of World War II, but once again flourished in the 1950s as part of the Soviet Union’s Eastern Block. Poland received state-of-the-art technologies from the Soviets to focus on the production of jets and engines. This included approximately 1,500 MiG 15 and MiG 17 fighter jets through the 1950s and 1960s.

The country’s prowess in aerospace and aviation continued to grow through the Cold War with the build of significant infrastructure for both helicopters and fixed-wing aircraft. This infrastructure would prove critical when the Eastern Block collapsed and thousands of aviation workers lost their jobs.

Poland needed foreign investment to reinvigorate its aviation industry and initially received it through Pratt & Whitney in the late-1980s, which was soon followed by companies like Goodrich, Aviall, Safran and Augusta Westland/Leonardo.

“Now we have many international companies and around them there has been a mushroom growth of business,” says Andrzej Rybka, managing director of Aviation Valley, a cluster located in southeast Poland from where approximately 90 per cent of the country’s aerospace revenue is generated. “After the privatization, we have now reached a stage of world-class manufacturing and state-of-the-art technologies.”

The Polish Investment & Trade Agency in early September 2019 organized a week-long tour with 11 attendees from Canada, UK, Australia and the United States, including both business leaders and journalists. After beginning in Warsaw, the group visited a range of aerospace facilities across the region before heading toward Aviation Valley, which included spending a day at the 2019 MSPO defence exhibition in Kielce. MSPO attracted more than 35,000 attendees and 13 exhibitors from Canada.

Rybka explains the arrival of foreign investment in the region initially led to a spike in work outsourced from international giants to local companies involved in everything from tooling to materials. Established in 2003, Aviation Valley is now focusing on generating more R&D projects and stronger partnerships with technical schools and institutions in the region. He notes the cluster holds 166 members employing around 30,000 people, including approximately 8,000 engineers.

The region’s engine-building infrastructure also led to Pratt & Whitney Rzeszów producing all of the engines for 48 F16s flown by the Polish Air Force (in September 2019, the U.S. cleared way for 32 F-35 fighter jets to be purchased by Poland). With its specialty in gearboxes, the region is also producing 25 per cent of each Pratt & Whitney PW1000 geared turbofan engine used on Airbus 320, one of the world’s most popular airliners with approximately 30 produced per month.

The Aviation Valley cluster is also heavily involved in the production of Auxiliary Power Units (APU) for Airbus and the Boeing Dreamliner 787. “We are proud of our existence in the global supply chain, but on the other hand we have developed our own,” says Rybka. Landing gear components for the Boeing 737 MAX are also produced out of the region.

“The location here is most important because you can buy land… but you cannot buy located people and our DNA is deeply [ingrained] in the aviation and aerospace industries, since the 1920s. There are many examples of fourth generations of a family working in the same company,” says Rybka.

To this end, Aviation Valley has been developing interest in aviation through a network of around 15 technical high schools. Aviation Valley has created a Technical University for children, providing six to nine years old with talks about how jet engines work and airplanes fly. There are more than 2,500 companies cooperating with high schools in the region, according to the Investors and Exporters Service Centre (IESC), established in 2009. IESC explains aviation is one of four key industry sectors targeted for growth in the region, which also includes automotive, IT and clean technology. This emphasis is reflected at the Rzeszów University of Technology, where students can achieve a civil pilot licence and aviation degrees are among its most popular.

“We do not want companies just to relocate, close your companies, and come here because it is cheaper,” says Rybka. “Come because of the market here. There is new opportunity here. You can develop your current business because of our presence.”

When Rybka in 2004 was appointed director of Aviation Valley, his first business trip was to Warsaw to meet Canada Embassy representatives, which preceded a 2007 trip to Toronto. In 2008, Aviation Valley signed Letter of intent of with Aero Montreal. There were 13 Canadian exhibitors at the MSPO defence exhibition held in Kielce this past September.

One of the largest drivers of future foreign investment into Poland will come from the construction of a new mega-airport, called the Solidarity Transport Hub (STH), expected to be located just outside of Warsaw. The new airport will help with overcapacity at Warsaw Chopin Airport, but STH is expected to become a multimodal transportation hub for Eastern Europe with a projected launch date of 2027. It will initially serve approximately 45 million passengers per year with a goal to handle up to 100 million.

The Warsaw region also holds the Institute of Aviation, which has been involved in Polish aviation since 1926, initially serving as the country’s certification body. In 1993, the institute began to establish public-private partnerships first centred around General Electric; and now includes additional projects with Pratt & Whitney, Airbus and Safran, among others. The institute holds more than 1,300 engineers and scientists, including 97 PhDs, with an average worker age of 36.