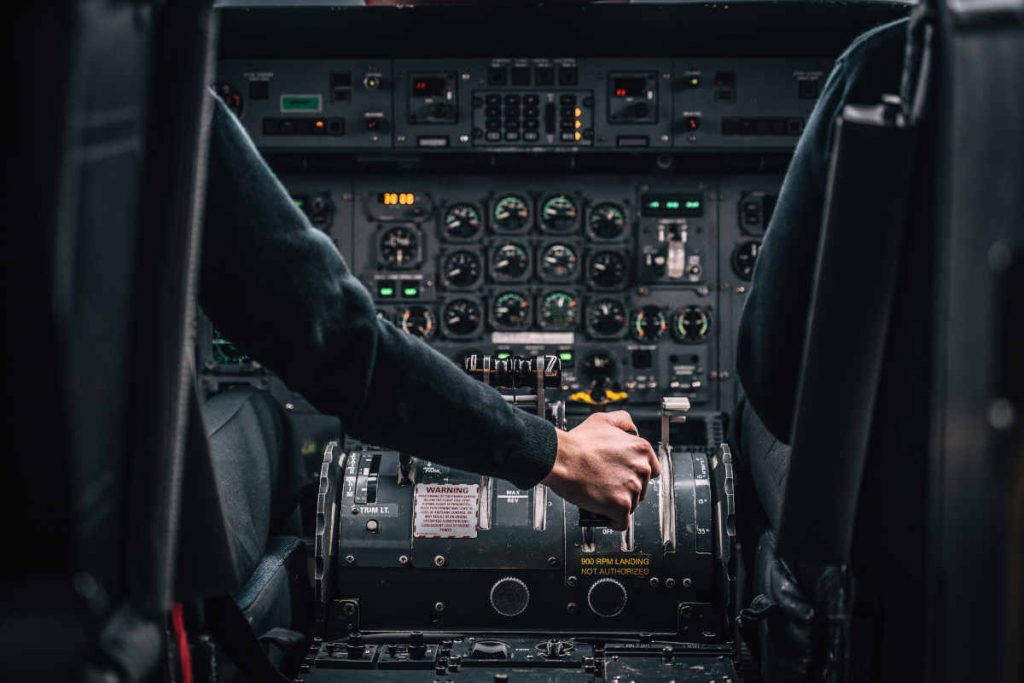 In August, Toronto Airways became the 20th Canadian organization, including universities, colleges and private flight schools, to join the Jazz Aviation Pathways Program (APP). Most of these Jazz APP agreements focus on more traditional first officer entry with the regional airline, but Toronto Airways instructors will have the opportunity to transition into first officer positions with Jazz after working as an instructor for approximately 15 months. Similar Jazz APP instructor agreements exist with Seneca, Sault College and Air Richelieu. CFA’s new approach will be supported inhouse by Seneca’s ground-school expertise – an intensive component of any Integrated ATPL (IATPL) program.

Airlines have been stripping flight schools of instructors over the past few years as the pilot shortage – talked about for decades, but now omnipresent after 10 years of staggering growth in worldwide passenger throughput – holds near-term challenges for even the most-prepared 705 carrier. Jazz is one of North America’s most-progressive airlines in terms of recruitment, in large part because the roots of Jazz APP began back in 2007 as the Jazz Award Program, before being rebranded as APP in 2015. The current collaboration between Jazz, Seneca and Toronto Airways is an example of how organizations are sharing resources to address the development – and future needs – of Canadian aviation. 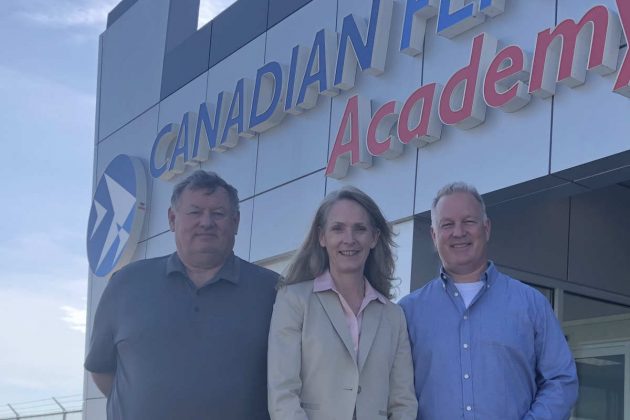 Toronto Airways was founded in 1963 at Buttonville Municipal Airport in Markham, Ontario, and in 1998 purchased CFA based at Oshawa Executive Airport. When Buttonville announced its pending closure because of a planned, but as of yet unrealized, real estate development, Toronto Airways in 2009 began discussions about moving to Oshawa Executive. In late-2016, this move was executed with a major expansion of the CFA facility, which also created a need to recertify under Chinese regulations. Undeterred, Toronto Airways invested approximately $2 million to install three modern Flight Training Devices (FTD) – one King Air C90, two Cessna 172s – to remain focused on IATPL.

Beyond positioning itself as one of approximately 14 IATPL schools across the country, this business model, as opposed to a modular approach, also effectively addresses the concerns of a noise-conscious community in population-dense Oshawa. “We had roughly 350 movements through the entire integrated program compared to the 900 to 1,200 that we found in the modular program, so the noise imprint is drastically different and the impact on the community is greatly reduced,” says John Davis, president of Toronto Airways, describing a recent study initiated by a local politician, who also understands the economic benefits provided by the airport. The extensive use of modern FTDs and a structured IATPL flying schedule allows a school to avoid continuous, unpredictable modular flight training circuits.

IATPL programs also fit the growing demand for younger professional pilots to fill the right-seat needs of most every airline. “It takes a lot of resources to properly build and implement an integrated program – and to do it well,” says Lynne McMullen, director of business development of Seneca College’s School of Aviation, which began its IATPL approach in 2003. To better understand the demands of an IATPL, these programs must provide a minimum of 750 hours of ground school, whereas a modular approach accounts for 120 hours – 40 hours for private and 80 for commercial.

CFA students must complete Phase 3 of the program, which culminates in obtaining a Private Pilot Licence (PPL), before they can apply to the Seneca Academic Certificate program. Those accepted will attend two semesters provided by Seneca out of CFA’s facility. Obtaining the PPL is a key piece of the process, because it allows for two students to fly with an instructor throughout the remaining CFA phases (nine in total). An IATPL has to be completed in three years, according to regulations, but CFA plans to deliver its program in two years. Students will graduate with a Transport Canada-approved IATPL – obtaining a commercial pilot licence, multi-engine class rating, and Group 1 instrument rating. Toronto Airways can then welcome graduating students to continue as Class 4 flight instructors, adding depth to its flight line with access to Jazz APP.

“As an airline, we felt it was our responsibility to help develop the future generation of aviation professionals and get involved with those schools to help, from an industry perspective, with the foundation and the development of their programs,” says Cal Purves, director of flight operations and chief pilot with Jazz Aviation, describing the origins of Jazz APP. The first five Jazz APP education partners included Seneca, Centre québécois de formation aéronautique at Cégep de Chicoutimi, Confederation College, Mount Royal University and Sault College.

“It was different in that there wasn’t anybody, certainly not at the regional level, hiring pilots out of these aviation programs,” says Purves. “What we wanted to do with the schools when we got involved was to concentrate on core competencies of what made Jazz pilots good career professionals… It was all about how to manage the flight deck as a team.”

Seneca in 2012, based on the success of its students over the previous five years transitioning into the right seat, proposed a more formal direct entry cadet program with Jazz, resulting in the first such graduating class in 2013 – a first for Canada. Its students apply for this cadet program after third year and, once accepted, they are then monitored by Seneca and Jazz in terms of meeting specific requirements in their academic and flight line achievements.

“After completing the program, they do a sim evaluation and – with success – go right into the hiring pool at Jazz, which took 21 of our students in direct entry last year,” explains McMullen. In the current school year, 24 of Seneca’s fourth-year aviation students are part of the Jazz cadet program. Seneca in 2016 established a similar direct entry program with Sunwing. “The whole purpose of this Jazz APP program was to raise the standards of the students, for them to have a job at the end of the program.” The current Seneca graduating class is almost 100 per cent cadets.

“Colleges seem to create more of a career environment. Here at our school, unfortunately, we are more transitional. At around 500 hours they are applying to an airline and that is why we set up the Pathway program with Jazz LP. [Our instructors] have to gain approximately 1,000 hours and 250 multi and then they can apply to Jazz,” says Dave Lorbetskie, chief operating officer of Toronto Airways.

The direct-entry success of IATPL programs to supply unprecedented pilot demand also presents a new onus to develop flight instructors. “In aviation we have all of this business potential and then you lose all of your instructor staff and you cannot service the demand,” says Davis. “There is a huge demand for instructors. We were robbed last year by the airlines. We normally have around 25 instructors and we were down to nine full-time last year.”

McMullen explains Seneca started to see this challenge back in 2005 when the college for the first time trialed hiring Class 4 instructors. “We would have never even considered hiring a Class 4 instructor in our flight line before then. We always had twos and ones… Today, every single resume we are looking at is a brand-new Class 4 flight instructor.”

Lorbetskie notes Toronto Airways used to receive stacks of resumes from people wanting to become instructors and now they receive none.

“One of the things we have failed at in the past in our industry is recognizing the opportunity and professionalism of the career as a flight instructor. It is a really nice place to be for someone who has a passion for flying,” says McMullen. “It helps them build their pilot-in-command time, so they can upgrade to captain sooner and it sets them up nicely to be a training captain some day and a check pilot. If you look at the movements in the airlines now that is a high demand role.”

Purves served as an instructor with Jazz and understands the need for such professionals to build an airline’s safety culture. “We saw a need for highly qualified instructors to be retained at these schools to develop new students who were coming through,” he says. “We wanted to show there is an opportunity or pathway for instructors to be able to come to Jazz.” Purves explains becoming an instructor allows someone to learn more about their professional skill set and pass it along, continuing a critical cycle.

“Jazz has a progressive nature and realized that you can’t strip away all of the instructors. You need them to teach your future pilots,” says Lorbetskie. Toronto Airways has received a few hundred inquiries about its IATPL program and the company plans to begin its 2020 schedule with 30 to 40 students. The agreement with Jazz will ideally keep some of those students on as instructors before transitioning to the airline.

Currently employing approximately 1,340 pilots, Purves explains the operation’s outlook for new pilots, which fluctuated between 80 and 400 over the past five years, now sits at about 200 per year. Under the recently signed Capacity Purchased Agreement between Jazz and Air Canada, the country’s flag carrier offers no less than 60 per cent of its new cockpit positions to qualifying Jazz pilots.

“As your experience moves up to meet the requirements of Air Canada you can get that opportunity through Jazz,” says Purves, noting how the rebranding of Jazz APP was largely done to address the dreams of air cadets and aspiring aviators. “That is part of the whole pathway right to that major airline carrier or those who decide, like myself, to stay at Jazz and have a great career here, too.” | W