Business aviation in southern Ontario and around the Greater Toronto Area (GTA) is in for a shakeup. A plan announced last year to transform Pearson International Airport into a global mega hub will forever limit the level of business aviation activity at the sector’s busiest Canadian hub. 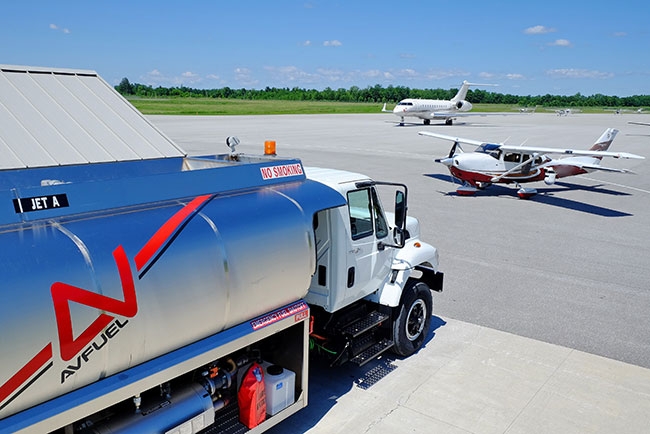 Oshawa Business aviation in southern Ontario and around the Greater Toronto Area (GTA) is in for a shakeup.

Operators got a taste of what may be in store this spring as the Greater Toronto Airports Authority (GTAA) poured $30 million to repave runway 05/23 and completely rebuild the western tarmac, taking Canada’s busiest runway out of commission until June. “We understand that they need to repair a 60-year-old runway,” says Rudy Toering, chief executive of the Canadian Business Aviation Association (CBAA). “We are working closely with the GTAA to make sure that access is equitable for the sector.”

Toering reports that on a typical day, business aviation receives all of the slots it is entitled to. But between three in the afternoon until eight in the evening, the airport is off limits to business activity. “That just doesn’t work for business aviation,” adds Toering.

“I don’t expect ever to see a time when business jets are banned from Pearson,” says Chris Wood, manager of the Region of Waterloo International Airport. “But the most economical way for Pearson to gain more runway capacity and ultimately more passenger activity is to have larger aircraft use the runway slots carrying more passengers.”

At the same time, Buttonville, a multi-service general aviation airport will shut down completely as early as this fall. Both developments look to throw open the door on new opportunities for primary airports serving the GTA.

Missing from the picture is a Toronto version of Teterboro, the general aviation behemoth that primarily serves Manhattan. To some, this is a role that once could have been filled by Buttonville. “The GTA doesn’t seem to lend itself to the emergence of a single corporate aviation hub,” says Michael Drumm, manager for the Lake Simcoe Regional Airport, located and an hour and a half north of the city. “We see corporate aviation activities that are gradually displaced from Pearson, or new users looking for a base for their business aircraft going to the Toronto regional airport that make the most geographic sense.”

Simcoe Regional is the “youngest” of southern Ontario’s airports, located in the heart of the province’s fastest growing region. Owned by two local municipalities, the airport has accelerated its drive to attract new traffic recently, attending more corporate aviation events and hosting a regional CBAA chapter meeting last year to expand its business connections within the aviation centre. “We have a 6,000-foot runway, road network to the GTA, and no urban encroachment that hinders our growth,” Drumm points out. “The County of Simcoe has major plans for the airport as a tool of economic development.”

Stephen Wilcox, airport manager for Oshawa Executive Airport, agrees that corporate aviation will not empty out of Pearson entirely. He insists that no single airport will pick up Buttonville and the GTAA’s slack. “There will always be a place for corporate aviation at the GTAA,” he says. “They have always been clear about that. However, there will always be times when corporate traffic may not be able to get in and out [of Pearson] precisely when they want.”

Oshawa is the airport closest to Buttonville, and has benefitted significantly from the shift in traffic. Wilcox estimates that corporate traffic at his airport has grown 50 per cent over the last five years, and is expected to double once Buttonville shuts down.

“Corporate aviation will always choose the closest airport with approximate aviation facilities to the client’s ultimate destination,” Wilcox explains. “Within the concept of a network of airports, it is more appropriate to have corporate facilities at airports around the GTA and not a single corporate hub. This is what is occurring today.”

Waterloo has been consolidating its gains by advertising in corporate trade publications and exhibiting at trade shows in Canada and the U.S. geared toward corporate aviation. “We would like to emerge as the leader on the west side of the GTA,” Wood adds.

Oshawa, Waterloo and Simcoe Regional are part of a GTAA working group of 11 primary southern Ontario airports set up to develop a more efficient regional airport network, and manage the shift of corporate aviation. The goal of the airport network is that each airport will fulfill a niché, so that the overall air travel capacity and business for the entire region can be optimized. This may include also shifting recreational traffic and flight training to smaller airports, freeing up the primary facilities to concentrate on other activities.

“A new trend is emerging in the business aviation market,” Drumm points out. “The use of rotary-wing assets as transport from the downtown core to an airport for fixed-wing operations. We are already seeing that.”

The CBAA also sits on the GTAA technical committee, which includes NAV CANADA, to determine the best way to keep Pearson open for the largest number of business jets possible. “We are still of the opinion that airports should not leave out a sector of aviation,” Toering says. “The GTAA wants business aviation as a part of their service. We are making tremendous progress with the support of Howard Eng (the GTAA’s chief executive) and his team. Nobody wants to leave opportunities on the table.

An early win for the CBAA was a long sought after de-icing agreement for private operators. Reached last October, the agreement removes a thorn in the side of BizAv, where the sector received limited access to de-icing slots, and business jets could be bumped to the back of the queue by a commercial aircraft. Slots to the Central De-Ice Facility are now available to business aviation on a first-come, first-serve basis and operators are included during Departure Management Initiative (DTMI) periods – a severe winter weather departure slot metering process that also controls access to the de-icing facility.

“I don’t buy into services based on the number of passengers,” Toering says. “A high percentage of those people who can afford to buy tickets on those airliners likely owe their jobs to the people who buy corporate jets. This is a $10.7 billion dollar business . . . getting the appointments and doing the high-level stuff that helps drive the economy. If you look at it like that, a Challenger 350 needs the same level of access as a Boeing 787.”

In the last five years, Oshawa has built more than 250,000 square feet of new hangar space, with an additional 90,000 square feet expected to open in the fall. The airport offers Canada Border Service Agency (CBSA) services and is about 45 minutes from downtown Toronto. The airport’s biggest challenge remains a 4,250-foot runway. “There will be limitations just as there are today for every user based on capacity,” Wilcox says. “What is important is that the GTA has excellent airports that are now working and thinking as a network of airports.”

Simcoe Regional has a 6,000-foot runway and is connected to Ontario’s 400 series of highways, but battles perception – especially when dealing with its location north of the GTA. “There is a perception that we are too far. But that’s not reality,” Drumm says. “The effects of a mega-hub will start to impact the normal course of business aviation as it exists today. We need to look at the lessons of other extremely successful airport networks and embrace this as the new reality. Van Nuys and Burbank, Calif., are both over an hour north of LAX.”

For Wood, perception also matters. “The major challenge we face is being so close to Pearson where there are many FBOs and the great aviation infrastructure. Corporate operators are very reluctant to move to another airport until the inefficiencies negate the value proposition. This has not happened on a consistent basis yet, although some companies maintain it is inevitable. It may become increasingly difficult to operate as efficiently from Pearson over the next decade.

While many primary airports in southern Ontario are expected to add new infrastructure and capacity, they will do so in the shadow of Pickering, the 40-year plus plan for a second Toronto airport. “Pickering is the key to unlocking the full employment and development potential of the Greater Golden Horseshoe,” Wilcox insists, adding that, “the Pickering decision rests solely with the federal government. I believe it will advance as demand warrants.”

Transport Canada continues to study a Pickering option, but has advised stakeholders that it will be at least another year before any announcement on the future use of the lands can be expected. “It would be very difficult to decide to significantly expand our airport if, indeed, Pickering gets the go ahead and becomes an airport regardless of the owner/operator,” Wood cautions. “We believe that existing airports should be given the opportunity to build and grow unencumbered by a Pickering airport decision.”

Certainly, as the southern Ontario airport network develops and adds capacity, the case for Pickering will weaken, and push the decision further down the planning horizon. “Pickering continues to be a fundamental point of evaluation,” Drumm says. “We are basing our growth strategies on tangibles. We are updating our plan based on our location, ability to expand, the GTAA’s mega-hub strategy and other airports within the network.

“In that regard, I do believe that the network itself will provide a yet-to-be-determined period of relief for the potential requirement of the Pickering airport, and will do so far more effectively in the form of a network than any one airport could ever do on its own.”

Airport privatization may also weigh on whether Pickering is ever built, or who will build it. With its ambitious mega-hub strategy, plans to position Pearson at the centre of a bold regional ground transport strategy, and the potential of private ownership, the GTAA is unlikely to expand outside of YYZ, except perhaps through acquisition.

Pearson has strong corporate aviation infrastructure, with additional FBO capacity in development. Still it is unlikely that the GTAA will move off its current cap on corporate aviation activity – at least for now. “There may not be new opportunities at Pearson,” Toering admits. “There will be sustainability of what we have now.”

Which is good news for primary airports across southern Ontario. “There is an incredible amount of growth opportunity in the airport’s network servicing a very broad area,” adds Drumm.