Aerion Corporation, together with ExecuJet Aviation Group, has further bolstered the order book for its Supersonic Business Jet. 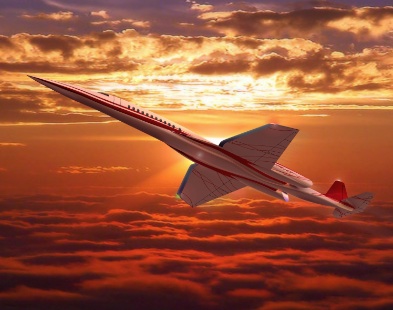 Aerion Corporation, together with its international sales distributor, ExecuJet Aviation Group, has further bolstered the order book for its Supersonic Business Jet.

Within the first few weeks of 2008, Letters of Intent have soared – including a commitment for three from the first, undisclosed customers from India. This takes the total pledged to US$2 billion, based on the SBJ’s US$80 million price tag. The sales status was confirmed by ExecuJet Group Managing Director Gerrit Basson, who is visiting the Singapore Airshow this week.

“We are delighted to have secured our first sales in India,” he said, coming so close after announcing the first SBJ customer in Pakistan,” said Gerrit Basson. Pakistan’s The Akbar Group signed for one aircraft for charter operator Princely Jets during the Dubai Air Shown November 2007, when Aerion announced it was opening the order book for the first time. “Asia, and India in particular, represent exciting growth markets for business aviation and it’s fair to say the Aerion SBJ has captured a lot of interest,” he added. ExecuJet will present the Aerion SBJ program in Mumbai next month. It follows similar successful events in both London and Moscow.

Aerion Corp., elected to begin taking orders in November because of strong customer interest and advancing discussions with potential OEM partners. The company is still on track to recruit and contract with an OEM manufacturing partner by early 2009 which would lead to certification and service entry by 2014.

On behalf of Aerion, ExecuJet is now offering 40 early delivery positions to customers for a per-aircraft launch price of US$80 million in 2007 dollars. The positions will be secured by initial deposits of $250,000.

The Aerion supersonic business jet was formally unveiled in October 2004. Since then, wind tunnel and other tests have taken the aircraft to an advanced stage of design. The Aerion jet is designed to cruise at speeds up to 1.15 Mach over land without producing a boom on the ground, and at speeds up to 1.6 Mach in other areas. Over the continental U.S., where regulations require speeds below Mach 1, the aircraft can cruise efficiently just below the speed of sound, offering economies comparable to today’s large business jets. The aircraft seats eight to 12 passengers in stand-up comfort and has a range in excess of 4,000 nautical miles.