PEI has been developing a market niche in regional aircraft engine and avionics maintenance, repair and overhaul, and landing gear component manufacturing that is helping to transform the makeup of the island’s economy. 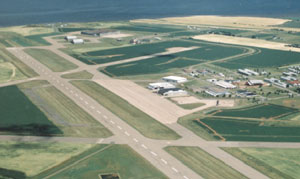 Canada’s smallest province is best known for Anne of Green Gables, potatoes and seafood. But since 1992 when the Canadian Forces Base in Summerside closed, PEI has been developing a market niche in regional aircraft engine and avionics maintenance, repair and overhaul, and landing gear component manufacturing that is helping to transform the makeup of the island’s economy. Aerospace has been growing at a rate of 20% a year and is now the province’s third largest export industry. The seven companies operating in the province directly employ 550 people, but with two new ventures coming on stream, there is a commitment for further growth to 900 employees and $250 million in exports. The industry hopes to grow to about 1,000 employees and $300 million in exports in the next five years. “You’ve got to put this in perspective,” one industry observer said. “This may not mean much in Toronto or Montreal, but in Prince Edward Island it’s something.”

Prince Edward Island has a history in aerospace. “Eastern Provincial Airlines started in PEI and the island had an air base that has given us a history in this sector,” said Premier Pat Binns. “We wanted to offset the effects of the closure of Summerside. The federal and provincial governments got together and analyzed the opportunities and decided to pursue aerospace as a preferred alternative. The companies have found PEI a good environment in which to do business and the people of the province have welcomed a full-time industry. It has been a very good decision.”

The PEI aerospace industry’s home is Slemon Park, the old CFB Summerside that was transformed into a sprawling 600-hectare industrial park with $15 million in investments over five years from the federal and provincial governments. The Summerside Aerospace Centre has more than 27,000 square metres of manufacturing space and more than 24,750 square metres of cantilevered hangars. It is complemented by an adjacent Transport Canada-certified 2,400-metre (7,874 feet) runway and the Aviation Maintenance Institute, a division of Holland College that provides aviation maintenance training and programs. The park also provides a number of other services and amenities including accommodations and residential housing, security officer training, flight training and a hockey arena where children from across North America come to learn hockey skills.