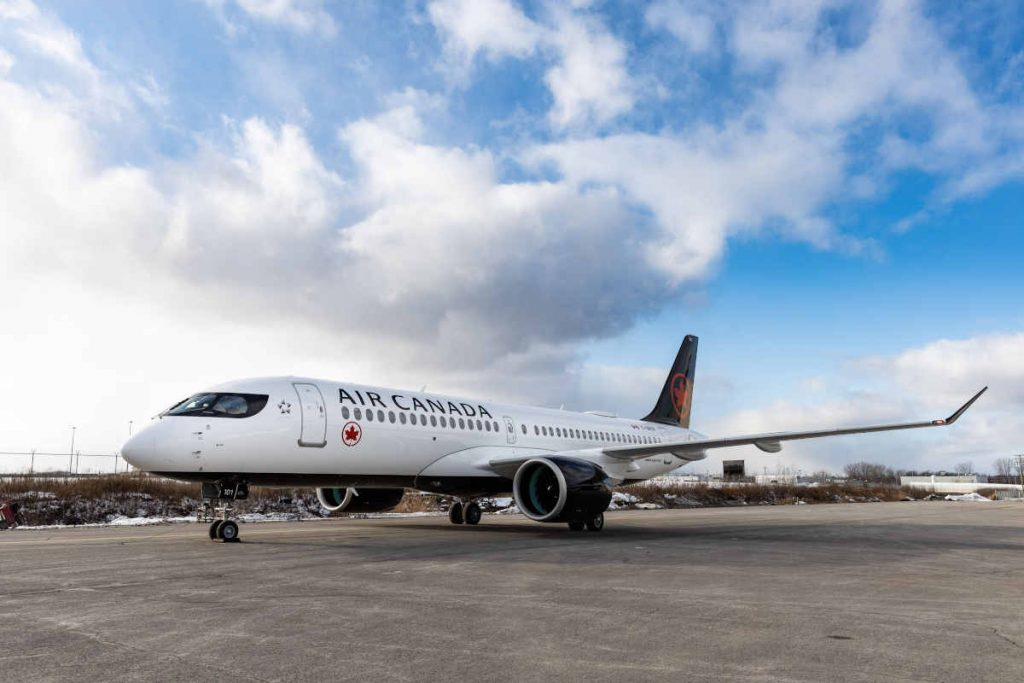 MONTREAL — Air Canada has agreed to a US$4.5-million settlement of charges it failed to promptly refund customers after cancelling flights amid the COVID-19 pandemic.

The U.S. Department of Transportation says the settlement will resolve a legal action by its aviation consumer protection agency over what it calls Air Canada’s “extreme delays” in reimbursing thousands of consumers for nixed flights between the U.S. and Canada.

The agreement — the agency’s largest-ever assessment against an airline — is pending approval by an administrative law judge.

Air Canada sought to dismiss the proceedings in June, saying the agency had not conducted a “well-reasoned analysis” of refund regulations and the company’s conditions of carriage.

Air Canada says the two parties have now agreed to settle the matter without “any finding wrongdoing,” noting it revised its policy to allow refunds for substantially changed flights 13 months after the pandemic set in.

“This agreement was entered into to avoid protracted litigation as Air Canada focuses, together with all stakeholders, on rebuilding following the pandemic,” spokesman Peter Fitzpatrick said in an email.

“The department is committed to protecting airline consumers and ensuring that all passengers receive the timely refunds to which they are entitled,” she said in a statement Monday.

About US$2.5 million will be subtracted from the US$4.5-million settlement in recognition of refunds already granted to customers on U.S.-Canada flights, the parties said.

The transportation department received 6,533 refund complaints against Air Canada between March 2020 and August 2021, it said in an email.

North of the border, passengers filed 16,200 complaints to the Canadian Transportation Agency between March 2020 and May 2021, more than 9,700 of which relate to refunds, the regulator said.

On top of the settlement, Air Canada has agreed going forward to reimburse fares to customers whose flights to or from the U.S. are cancelled or significantly changed by the airline, the transportation department said.

“We changed our policy so that as of April 13, 2021, customers who buy a non-refundable ticket can get a refund if their flight is cancelled or delayed by more than three hours,” Fitzpatrick added.

“It is sad, though, that the Canadian Transportation Agency (CTA) aided and abetted Air Canada and other airlines in these wrongdoings, and that Canadian passengers had to enlist a foreign regulator’s help,” he said in an email.

Last month, a Federal Court judge ordered the agency to release confidential emails between chief executive Scott Streiner and airline lobbyists and other “third parties” over the regulator’s statement in March 2020 that flights cancelled by airlines as a result of COVID-19 could be compensated with vouchers rather than refunds.

“There were communications between third parties and the CTA,” wrote Justice Mary Gleason on Oct. 15, saying they were relevant to bias allegations by Air Passenger Rights against the arm’s-length agency.

On Friday, Air Canada announced it was withdrawing from further federal relief after borrowing more than $1 billion to pay back customers whose flights were cancelled during the pandemic.

The company left about $4 billion in government aid on the table, choosing instead to rely on independent financing arrangements, including $7.1 billion raised last quarter.