Bombardier Commercial Aircraft and Air Baltic Corporation AS have announced that the parties have executed a firm purchase agreement for the sale and purchase of 30 CS300 aircraft with options and purchase rights for an additional 30 aircraft of the same type. 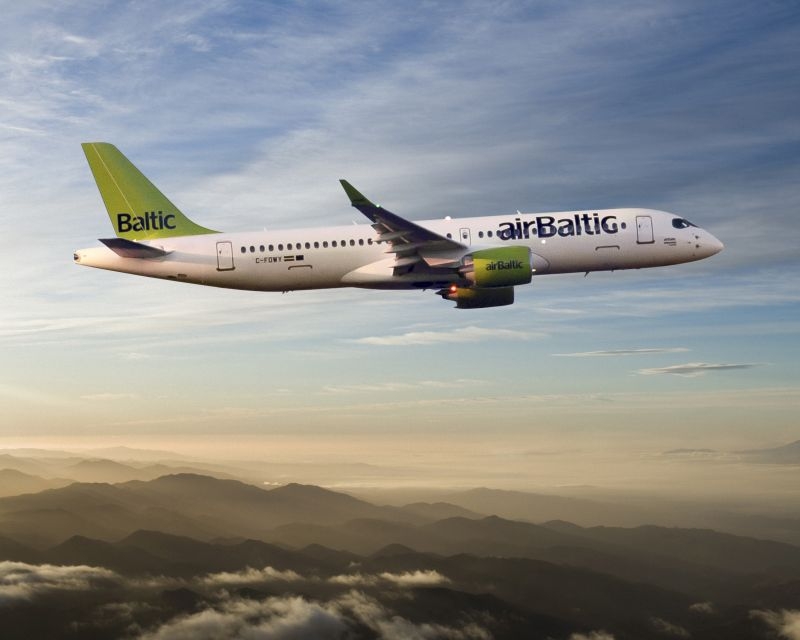 Based on the list price of the CS300 aircraft, the firm order is valued at approximately US$ 2.9 billion. This amount would increase to nearly US$5.9 billion should all 15 options and 15 purchase rights be exercised.

“As the C Series aircraft program continues to gain market acceptance, this significant reorder from our CS300 launch operator is a strong testimony to the aircraft’s exceptional in-service performance,”said Fred Cromer, President, Bombardier Commercial Aircraft. “Furthermore, we are proud that the CS300 has helped airBaltic maintain its position as one of the world’s most punctual airlines. The C Series aircraft is at the forefront of the small single-aisle market, and airBaltic played a key role in demonstrating its value. In the last 18 months, we have witnessed airBaltic’s growing leadership in the market, and we wish the airline further success with its expanded CS300 fleet.”

With this order, airBaltic becomes the largest European C Series customer and the second largest customer worldwide with 50 aircraft on firm order. The airline’s new business plan relies on significant expansion of routes from all three Baltic countries – Latvia, Estonia and Lithuania.

“As an early adopter of the C Series, we took a forward-looking decision on advanced technology to support our turnaround plan leading to sustainable profitability, and today we are benefiting from the most fuel-efficient small single-aisle aircraft. With demonstrated fuel savings of more than 22 percent, the CS300 aircraft plays a vital role in maintaining our operating cost at a low level. In 2017, we experienced outstanding growth and showed the world the unique capabilities and comfort of this innovative aircraft. We successfully executed our fleet modernization strategy, and are excited to further grow our fleet up to 80 CS300 aircraft while phasing out our other aircraft types in the next three years,” said Martin Gauss, Chief Executive Officer, airBaltic.

“We are now commencing the implementation of our next business strategy – Destination 2025, which foresees airBaltic expanding the map of its operations. A critical part of this new strategy is the introduction of a larger and exclusive fleet of all-CS300 aircraft, which are the most suitable aircraft for the markets in which we operate,” he added.

“2017 was the most successful year in the history of airBaltic during which the company achieved exceptional operational and financial results. This serves as solid proof of the success of the airline’s business strategy and operating model,” said Uldis Augulis, Minister of Transport, Republic of Latvia. “The new order is the largest investment in Latvia’s history and plays an important role in the development of the air infrastructure of the Baltic region with wide-ranging effects on exports, economy and jobs.”

Deliveries pertaining to this new order are scheduled to commence in the fourth quarter of 2019. Prior to this order, airBaltic had ordered 20 CS300 aircraft. The airline is currently operating revenue service with eight CS300 aircraft.