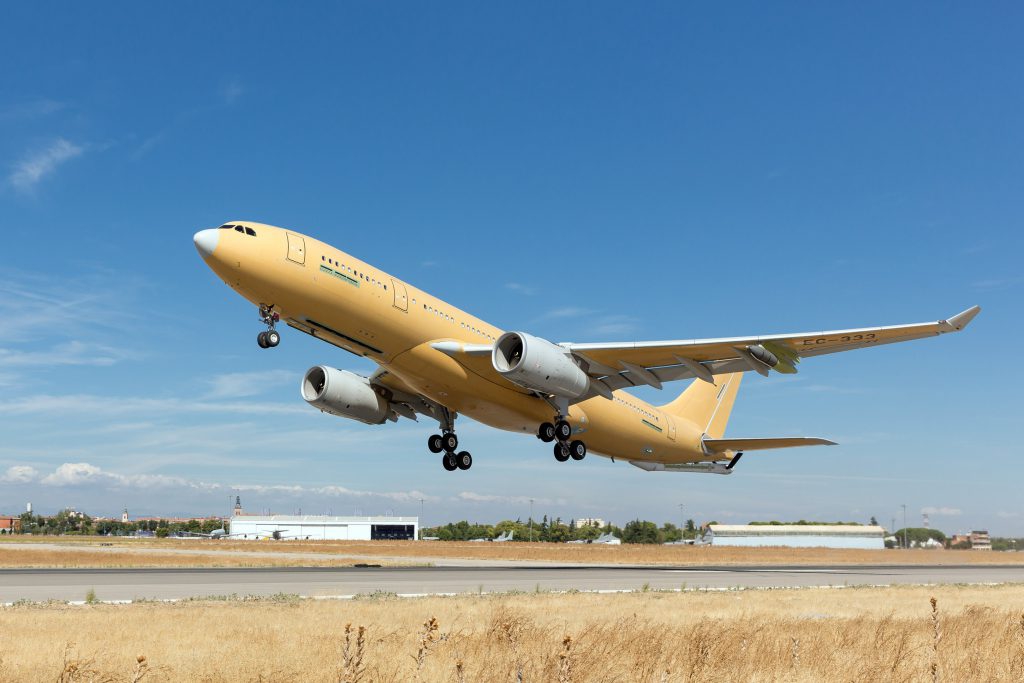 This model incorporates a number of enhancements introduced on the basic A330 as well as upgraded military systems as part of Airbus and Airbus Defence and Space’s continuous product improvement programme. The three-hour flight took place on 30 September and the crew reported that the aircraft performed in line with expectations. The new standard A330 MRTT features structural modifications, aerodynamic improvements giving a fuel-burn reduction of up to 1%, upgraded avionics computers and enhanced military systems. First delivery is due in 2018. A total of 51 A330 MRTTs have been ordered by 10 nations of which 28 have been delivered.