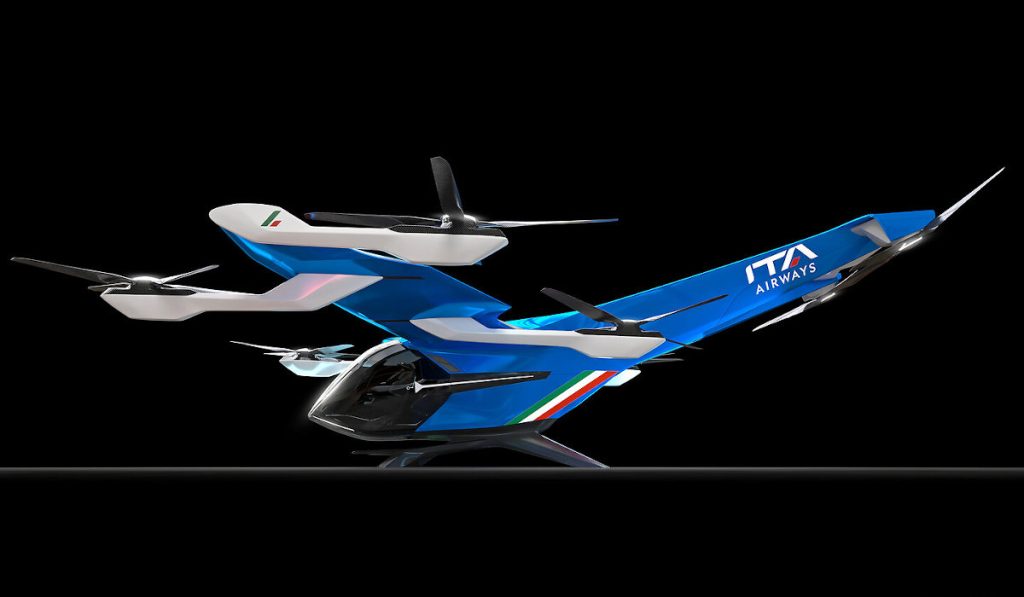 The new Airbus and ITA Airways partnership for urban air mobility development will focus on the launch of operations with the CityAirbus NextGen aircraft. (Image: Airbus)

Airbus and ITA Airways signed a Memorandum of Understanding to collaborate on developing urban air mobility in Italy by first identifying strategic use cases. Their effort will also focus on the addition of other partners for the launch of operations with Airbus’ CityAirbus NextGen electric vertical take-off and landing (eVTOL) aircraft, currently in development.

The two parties also agree to identify pilot cases with the goal of securing public acceptance of UAM.

CityAirbus NextGen is a fully electric vehicle equipped with fixed wings, a V-shaped tail, and eight electrically powered propellers as part of its distributed propulsion system. It is designed to carry up to four people, including a pilot, in zero-emission flights for multiple applications. CityAirbus NextGen is being developed to fly with an 80 km operational range and to reach a cruise speed of 120 km/h.

ITA Airways is the Italian flag carrier airline created in 2021. The airline recently purchased 28 aircraft from Airbus, including seven A220s, 11 A320neos and 10 A330neos. The A350 will also join the company’s fleet this summer.

Airbus has been exploring how electric propulsion can help drive the development of new kinds of aerial vehicles since 2014. In September 2021, the company unveiled its fully electric eVTOL prototype, CityAirbus NextGen.