News
At The Gate: Following an established path

Northstar Aerospace bills itself as “North America’s leading independent manufacturer of flight critical gears and transmissions,” with plants in Milton and Windsor, Ont., as well as in Phoenix and Chicago where it moved its head office from Toronto in 2003. 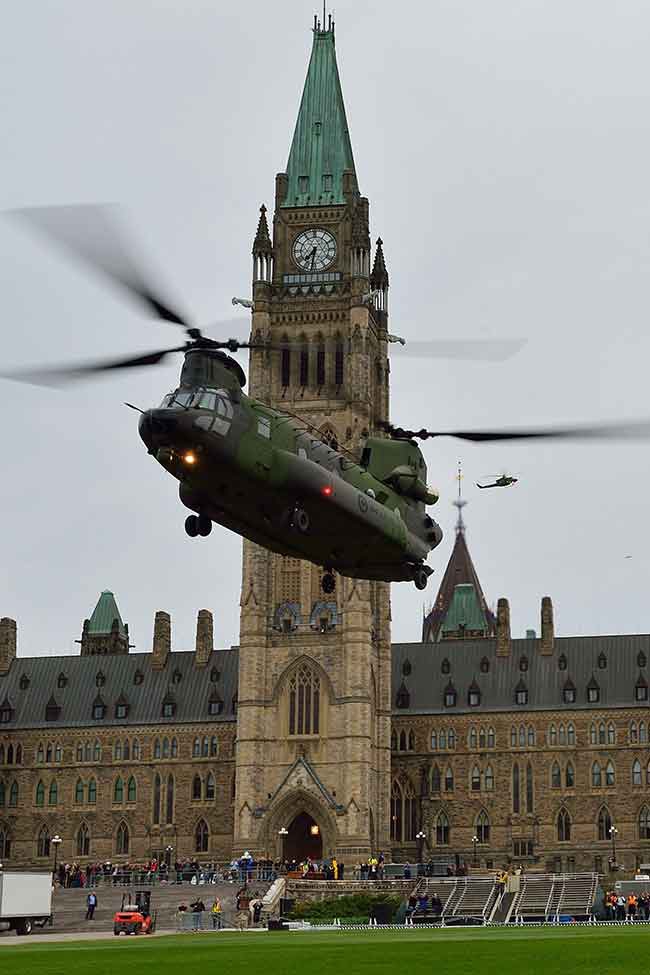 The company began life in 1984 as Derlan Industries, a gear manufacturer in Cambridge, Ont., the same year it acquired Havlik Technologies, another gear maker in Cambridge. Three years later, it acquired D-Velco Manufacturing in Phoenix, which it continues to operate. Another division, Phoenix D-Velco Aviation Services, offers military and commercial engine component and structural repair and overhaul services. These include containment rings, hot section components, airflow and a number of airframe control surfaces and components.

Chicago accounts for roughly 46 per cent of company revenues, which topped $183 million in 2013 and has grown year-over-year, according to Nicholas Bartolomeo Choo-Son, senior program manager, Northstar Aerospace (Milton). More recent figures have not yet been released by Wynnchurch Capital, a private equity firm that acquired Northstar in 2012.

Milton was the second-largest producer at 36 per cent followed by Phoenix at 12 per cent and Windsor at eight. Total employment is around 830, including 220 in Milton and 80 in Windsor. Derlan changed its name to Northstar Aerospace in 2002 to reflect its focus on the aerospace business.

Defense is by far the largest sector that Northstar serves at 74 per cent of revenues generated and commercial is at 26 per cent. Defense clients include the usual suspects like the U.S. Army, Boeing, AgustaWestland and Sikorsky, while the commercial side boasts Boeing, Bell Helicopter, Columbia Helicopters, Honeywell, General Electric and Rolls-Royce as clients.

Its key programs on the defense side is manufacturing housings, shafts and gears, particularly Face Gears for the upgraded drive system for the Apache AH-64. Northstar also makes components and assembly of main transmission and nose gearboxes for the Apache.

In addition, the company makes parts for the complete drive system, including gears, housings and shafts for the CH-47 Chinook and repairs and overhauls the forward, combiner and aft transmissions and parts.

On the commercial side, Northstar is involved in creating the Integrated Gear Box, Stepaside Gear Box, Auxiliary Gear Box and Access Drive Systems for the Rolls-Royce Trent 1000 and supports other Trent engines like the Trent 500 and legacy programs. The principal applications of Northstar’s AGBs are for Bombardier’s regional and business jets and the F-22 Raptor.

For Honeywell, it fabricated airflow component parts and precision machine housings in addition to repair and overhaul services. The acquisition of Boeing Precision Gear in April 2000, made Northstar the primary supplier of certain gears and transmission components to Boeing and the U.S. military. Northstar manufactures rotor heads for helicopters, which requires highly precise machining on metals such as titanium and faultless assembly of components that are primarily manufactured in Milton.

In addition, the company produces a number of machined and fabricated parts, including structural aerospace parts, housings and casings for missiles and rockets and parts for accessory power units. These operations are done in Phoenix and Windsor. The Northstar Chicago facility has contracts directly with the U.S. government to provide MRO services on AH-64 Apache transmissions and on the forward, aft and combiner transmissions on the CH-47 Chinook. Phoenix repairs a variety of structural components, wing parts and flaps on older aircraft for commercial airlines, courier and freight companies.

Looking to the future, Choo-Son sees opportunity on the commercial side, given that most military budgets are being pared back. He cited the medium to heavy lift helicopter program and the national shipbuilding procurement program as examples.