The drought has ended. Air Canada's breakthrough letter of intent (LOI) to buy 45 Bombardier CS300 aircraft ended a 15-year dry run, and with a quantity of airplanes Bombardier executives had conditioned analysists not to expect. Still, Bombardier's plan to lay off another 7,000 workers from its aircraft and train division captured headlines. What is the line that if your dog walks on water somebody will point out it can't swim? 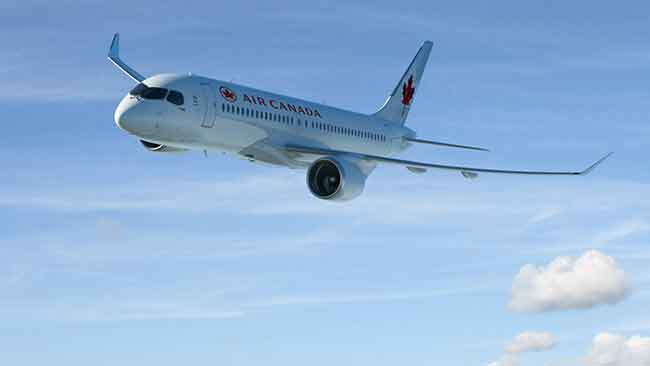 Fred [Cromer] was focused on getting an order from a big North American carrier with an international footprint. The drought has ended. Air Canada's breakthrough letter of intent (LOI) to buy 45 Bombardier CS300 aircraft ended a 15-year dry run

With the stroke of his pen, Air Canada chief executive Calin Rovinescu has dulled the danger of the C Series becoming a magnificiently-designed bargaining chip for mainline airlines to squeeze greater concessions out of Airbus and Boeing for narrowbody orders.

The business of selling commercial airplanes is a fiercely competitive and often cruel one. It is certainly not for the weak-of-heart. Nor does the best fit always win; which is likely the case when United Airlines, a Star Alliance partner with Air Canada, announced it had selected the larger Boeing 737-700 over the better suited Bombardier CS100 to fill the gap between its smallest Boeing 737 and Airbus A320 aircraft, and its commuter fleet.

With United, the stars appeared to allign for Bombardier. The 100-seat CS100 slotted nicely as a replacement for United’s aging regional jets. Fred Cromer, president of Bombardier’s commercial aircraft division and the C Series’ salesman-and-chief previously worked in fleet planning at Continental before it merged with United. And Bombardier finally woke up on pricing. “I know what it takes to win large orders,” Cromer told Bloomberg News in December. Any new customer is “going to expect an aggressive deal.”

In the end, United’s stars aligned brighter with Boeing. The 136-seat 737-700 entered into service in 1998. Boeing sweated the tail off an amortized design nearing the end of its production life to offer a discount too deep for Bombardier to match. Plummeting fuel prices and the commonality with United’s 737 fleet also helped to off-set the added cost of operating a larger and thirstier airplane, tipping the scales in Boeing’s favour.

Customers play suppliers against each other, and Airbus and Boeing are going to leverage lower per cost unit manufacturing costs and whatever else it takes to prevent Bombardier from gaining a substancial foothold in the 100- to 150-seat market segment. Boeing would have fought even more aggressively for the [United] contract than usual, given that Bombardier was in the running, George Dimitroff, head of valuations for Ascend, an airline consulting firm, told The Globe and Mail.

Bombardier has now bagged what may be a game changing order.

“It’s a turning point,” Alain Bellemare, Bombardier’s chief executive gushed at the news conference announcing the deal. “Fred [Cromer] was focused on getting an order from a big North American carrier with an international footprint. This is a big milestone.”

While the Air Canada commitment is a LOI at this stage, Rovinescu says this is the way the airline buys airplanes. “To get to the letter of intent takes several months. This is consistent with how we buy airplanes with other manufacturers.” Based on list prices, Air Canada’s firm order for 45 aircraft is valued at US$3.8 billion. (The LOI also contemplates options for another 30 CS300s, with rights to swap out part of the order for the smaller CS100 in certain circumstances). Under Bombardier’s more aggressive pricing strategy, the price per unit will fall well below the top of the rate card, although Rovinescu insists no government money is involved. Cheap exports from organizations such as U.K. Export Finance (Bombardier is Northern Ireland’s largest manfacturing employer) are likely. Bombardier estimates that 80 per cent of departures worldwide carry less than 150 passengers. Air Canada has not revealed the seating capacity of its CS300.

Deliveries will begin in late 2019 and the first 25 aircraft will replace the Embraer 190 fleet on domestic and transborder routes.

Boeing has agreed to take up to 20 of Air Canada’s 45 Embraer’s off the company’s hands as part of the MAX order. Air Canada has a long history of collaboration with Bombardier. The airline was one of the launch customers for the Canadair Regional Jet and Air Canada Express partners operate one of the largest fleets of Bombardier aircraft in the world.

Air Canada has provided the boost the C Series needed. But has it also given Bombardier the beachhead it wants?