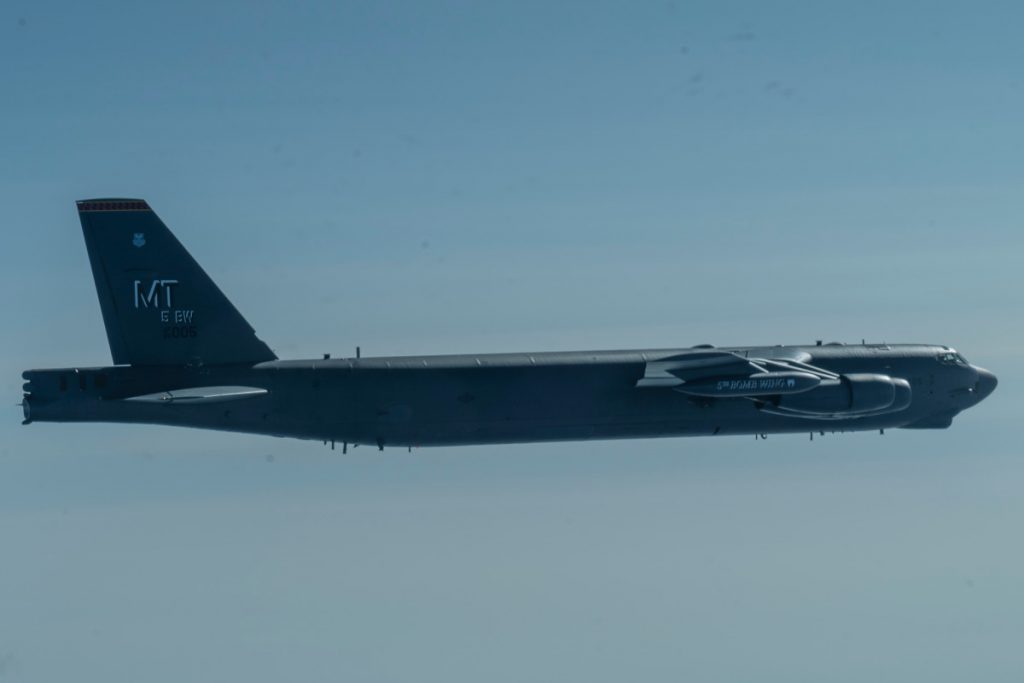 DUBAI, United Arab Emirates — A pair of B-52 bombers flew over the Mideast on Sunday, the latest such mission in the region aimed at warning Iran amid tensions between Washington and Tehran.

The flight by the two heavy bombers came as a pro-Iran satellite channel based in Beirut broadcast Iranian military drone footage of an Israeli ship hit by a mysterious explosion only days earlier in the Mideast. While the channel sought to say Iran wasn’t involved, Israel has blamed Tehran for what it described as an attack on the vessel.

The U.S. military’s Central Command said the two B-52s flew over the region accompanied by military aircraft from nations including Israel, Saudi Arabia and Qatar. It marked the fourth-such bomber deployment into the Mideast this year and the second under President Joe Biden.

Flight-tracking data showed the two B-52s flew out of Minot Air Base in North Dakota, something Central Command did not mention in its statement on the flights though authorities later published images of the flight crew preparing its departure there.

The military did not directly mention Iran in its statement, saying the flight was to “deter aggression and reassure partners and allies of the U.S. military’s commitment to security in the region.”

However, such flights had become common in the last months of former President Donald Trump’s administration. Trump’s 2018 decision to unilaterally withdraw from Iran’s nuclear deal with world powers sparked a series of escalating incidents in the region.

Biden has expressed a desire to return to the deal if Iran honours the deal’s limits on its nuclear program. However, tensions remain high after militias in Iraq – likely backed by Iran – continue to target American interests.

Biden last month launched an airstrike just over the border into Syria in retaliation, joining every American president from Ronald Reagan onward who has ordered a bombardment of countries in the Middle East.

The grainy footage included areas blurred out on the video, likely co-ordinates and other information displayed by the Iranian military drone. The footage at one point showed what appeared to be a hole in the side of the vessel.

Al-Mayadeen did not say when the footage was shot, nor explain the circumstance by which the Iranian drone was following the ship. The U.S. Navy’s Bahrain-based 5th Fleet, which patrols the Mideast and often has tense encounters with Iran, declined to comment on the footage.

Israeli Prime Minister Benjamin Netanyahu has blamed Iran for the blasts, something denied by Tehran. However, the Gulf of Oman saw a series of similar attacks in 2019 that the U.S. Navy then blamed on Iran.