News Airlines
Back off Brussels

The consequences of foreign regulator interference on national interests 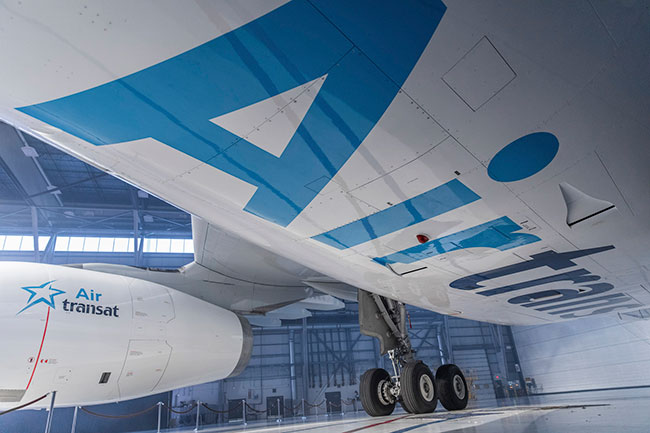 Canadian airlines operate more than two thirds of all seats over the north Atlantic. Air Canada has the lion’s share even without air transat. PHOTO: AIr Transat

It is tough to shake off the sense that if it were Air France/KLM rather than Air Canada acquiring Transat AT through an ownership model, similar to what German leisure company TUI has with Sunwing, this deal would have sailed through Europe’s regulatory waters without delay. It may have been a different story in Canada, where the competition bureau approved the Air Canada Transat deal with cosmetic conditions that micro-manage in scope but fail to address that the merged airline would control almost 60 per cent of the Canada-Europe market. Or would have pre-Covid. Next closest is Star Alliance partner Lufthansa with just over six per cent.

WestJet is not happy: “It is hard to imagine a deal as anti-competitive in any industry where the number one player buys number three without meaningful remedies,” Ed Sims, WestJet’s chief executive stormed in a statement. He has a point. Air Canada was given a skate. Keep the head office and heavy maintenance in Quebec where feasible, employ at least 1,500 in the “leisure travel business” and open new routes in the first five years. Hardly a burden for an industry whose reason for being is to build markets by putting metal between city pairs. Bureaucratic lip service to competition was paid, including “monitoring” fare prices and encouraging other airlines to fly former Transat European routes, however that works. Nothing about giving up slots or preventing Air Canada from rolling Air Transat into Aeroplan.

WestJet can’t scupper the deal. At this stage only the Europeans can, and regulatory delays have already put this all-Canadian merger on thin ice. Airline mergers rarely deliver the two complete sides of the whole. WestJet’s growth post the Air Canada/Canadian Airlines merger is proof of that. With 4.4 market share over the north Atlantic, WestJet has room to grow, whereas a combined Air Canada-Air Transat will likely fight to keep the 60 per cent it holds. Air France was planning a Canadian expansion before the outbreak.

Canadian airlines operate more than two-thirds of seats over the north Atlantic. Air Canada has the lion’s share even without Air Transat. If European regulators (versus European airlines) don’t like the imbalance, Europe only has itself to blame. As Canadian airlines targeted Europe, Canada was an afterthought for European airlines more focused on the huge American market. It is much the same formula that “little KLM” used to become a global powerhouse in the 1950s and 60s. Air Canada has played its hand well.

Still, 60 per cent market share, and up to 67 per cent on a choice route such as YYZ-London is pause for concern in any sector; and it is unlikely the Competition Bureau would have been as laissez-faire over the deal if both sides had not been battered by Covid. But what of Europe? Brussels suspended its investigation into the merger for three months in June as it waited on more data. And missed the February 15 deadline for the deal to be completed entirely.

There’s nothing new here. The European Commission delayed its decision on the US$4.2 billion Boeing-Embraer tie-up, which had been in response to Airbus taking over the Bombardier C-Series program. The commission, whose members have a direct stake in Airbus, was the only regulatory authority not to have given acquisition approval when Boeing walked away from the deal. In 2001, the commission rejected GE Aviation’s proposed takeover of Honeywell International. There was little overlap between GE and Honeywell in the U.S. and the acquisition would have rebalanced GE’s industrial and financial portfolio, but a deal between two American firms would have reduced competition within the European Union.

Foreign regulators bigfooting into deals negotiated in someone else’s backyard is the price of globalization. It can be messy, especially in areas of national pride. Or even groceries in the case of the French government blocking Quebec’s Couche-Tard’s (Circle K in the rest of Canada) proposed takeover of Carrefour, the world’s third largest grocer. Boeing was eyeing an exit from the Embraer deal before Europe delayed its decision. Air Transat will survive regardless of what the Europeans decide and whether or not Air Canada has lost interest. Premier Francois Legault’s roots with Air Transat run deep as a co-founder. Pierre Karl Peladeau, chief executive of media giant Quebecor, is still interested, and can a bid by WestJet be ruled out. But is it too much to ask that when ruling on the fate of offshore deals that European regulators respect local deadlines? | W


Related
Transat AT shares plunge in first trading after Air Canada pulls plug on takeover
Transat extends flight suspension until end of July due to COVID travel restrictions
Transat executives take a hit from reduced value of sale to Air Canada
Timeline: The ups and downs of Air Canada’s abandoned deal for Transat