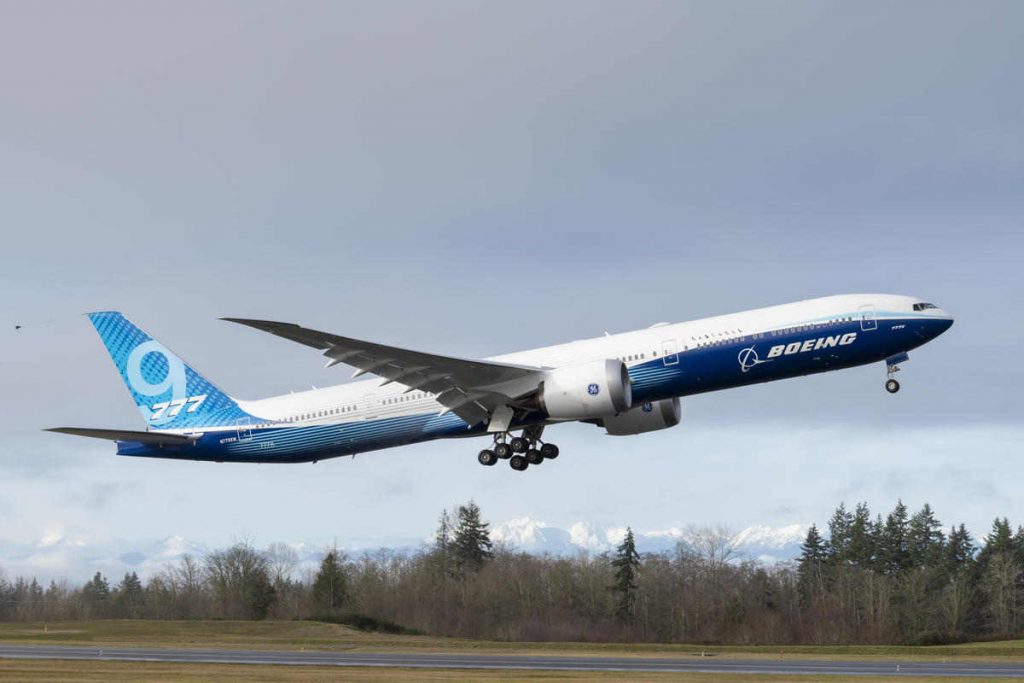 Boeing said Monday that Qatar Airways ordered up to 50 large cargo planes and committed to buying up to 50 Boeing 737 Max jets, a huge win for the U.S. aircraft maker over European rival Airbus.

The companies did not disclose financial terms. The list price of the planes would total about US$27 billion, but airlines routinely get deep discounts.

Boeing swooped in to land the orders shortly after Airbus canceled a Qatar Airways order because of an unusually public and bitter fight over Qatar’s complaints about paint jobs on a different model Airbus jet.

The order for cargo planes was announced during a signing ceremony at the White House that was attended by executives from the airline and Boeing and officials from both governments.

President Joe Biden praised the order during an Oval Office meeting with the emir of Qatar. Biden called it “one of the largest deals that Boeing aircraft has ever had, and it will support tens of thousands of good-paying U.S. jobs here in America,” Biden said.

Boeing said Qatar Airways will be the first airline to operate the 777-8, a cargo-carrying version of the twin-aisle 777. The airline placed a firm order for 34 planes and took options for 16 more.

It’s the largest order ever for Boeing cargo planes, the company said.

Demand for cargo planes has held up despite — or perhaps because — of the pandemic. The downturn in international travel since early 2020 means there are fewer passenger planes carrying cargo in their bellies. That puts a premium on cargo-only flights.

“Cargo is the only healthy part of the large aircraft market,” said Richard Aboulafia, an analyst with AeroDynamics Advisory in Washington.

Boeing has long dominated the cargo plane market, even as it fell behind Airbus in selling and delivering new passenger jets after all 737 Max jets were grounded in 2019 following two deadly crashes. Many Boeing customers stood by the Max, a single-aisle plane used on shorter and medium-length flights, and Qatar Airways is now giving it another boost.

The state-owned airline signed a memorandum of understanding to order 25 Max 10s, a larger version of previous Max models. Qatar took options for another 25 planes.

The deal with Boeing comes about two weeks after Airbus, in a highly unusual move, terminated a contract with Qatar Airways for 50 A321neo jets. Airbus and the airline have been feuding for months over cracked paint on the fuselages of A350 jets.

The airline said the peeling paint is a safety issue because it exposes copper meshing that protects against lightning strikes. It has grounded 21 A350s and is seeking compensation from Airbus. Europe’s aviation regulator has said the issue does not raise safety concerns.