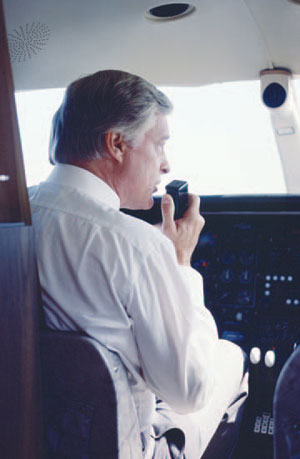 In an industry sometimes known for its doom-and-gloom stories, it
almost seems wrong to say that the future looks bright. But according
to the people who run Canada’s flight schools, this is truly the case:
The future actually looks, well, bright!

“The
demand for pilots is growing in Canada,” says Adam Penner; operations
manager of Harv’s Air Pilot Training School in Steinbach, Manitoba. “In
fact, the market is the best it’s been for five years.”

“My son
will be ready to look for a pilot’s job next year, and I’m sure happy
that he’ll be hitting the market at this time,” says Mike Doiron, CEO
of the Moncton Flight College. “His job opportunities will be better
than they would have been for the past four or five years!”

Why the good news?

Why
is the job market looking up for pilots; a fact that is pushing up
enrollment at Canadian flight schools? There are many reasons, say the
people on the flight line.

First and foremost is the ageing of
the baby boomers. As experienced pilots approach retirement, their
airline employers are reaching into the ranks of smaller carriers for
replacements. In turn, the smaller carriers need to replace the pilots
who are moving up, and so it goes throughout the employment chain to
the entry, where new pilots get their feet in the door.

Add the
improving health of the airline industry, “which is stronger than it’s
been in the last five years,” says Jeannette Baker, chief flight
instructor at Principal Air in Chilliwack, BC, and the hiring trend is
solid. “We know that Air Canada will be hiring quite a few pilots in
the years ahead,” she says. “All those pilots have to come from
somewhere; it’s like a chain that reaches down to the lowtime and
entry-level pilots.”

“WestJet and CanJet are also hiring,”
Doiron says. “So is Air Canada Jazz, and the smaller regional carriers
as well. As a result, I’ve lost nine flight instructors since June 2005
who’ve all gone off to fly.” Losing instructors to the airlines is an
occupational hazard for any flight school, but Doiron doesn’t worry
about it. “We’ve always got new talent coming up the ranks,” he says.
“However, what is telling is the instructor turnover rate, because it
is related to how many pilots are being hired. In the good times, for
instance, instructors will stay around for about eight months before
being hired to fly. In bad times like the last few years, it’s taken up
to 15 months for them to find pilot jobs. Well, the turnover rate is
back down to eight months, which says something about how much hiring
is going on.”

“I don’t like to brag, but we are achieving 100%
job placement for our graduates,” says Larry Loretto, owner of Ottawa
Aviation Services. “Some have been lucky and found jobs in minimal
time. As for our instructors? With all the hiring going on, we’ve seen
100% turnover in the last year.”

Besides the Canadian carriers,
the Europeans are also attracting talent from Canada. This is why a lot
of Canadian pilots are now getting certified to fly in Europe, Doiron
says. “I personally have a lot of pilots that fly for various Canadian
airlines who are looking at moving overseas as well. There are just a
lot of opportunities there!”

China is another country that is
hiring a lot of Canadian pilots as it struggles to expand and upgrade
its airline industry. “China has a big need for pilots, but there’s
very little civil aviation there to provide the training they need,”
says Principal Air’s Baker. “So we’re seeing a lot of Chinese nationals
come over here for training, then head back to China to fly. As well,
two of our good friends were recently hired by the Chinese Government
to train pilots for that country, and to help hire Canadian pilots to
work there as well.”

One interesting trend is for Canadian-born
children of immigrants to take their flight training here, then head
back to their parents’ countries of origin to take airline jobs. “We
had one student whose parents are from Kenya who saw opportunities in
that nation, says Ottawa Aviation’s Loretto. “So he took his flight
training here, then got a job flying for a Kenyan carrier. I am
training someone whose parents are from Tanzania who intends to go
there to fly for an airline; a couple of students from Japan who are
doing the same, and several with roots in China who will fly there once
their training is complete. None of these people are international
students; they are all Canadians.”

This said, entry-level pilots
aren’t necessarily going directly into airline work. “In fact, the vast
majority of our students seem to be finding jobs in nontraditional
positions, such as flying float for native bands in isolated
communities,” Loretto says. “Most new pilots aren’t ending up flying
that big silver tube in the sky, at least not at the outset.”

Still,
the trend is clear: Canadian flight schools are seeing an increase in
enrollment thanks to growing demand for pilots globally. Add the fact
that many countries don’t have the schools and civilian aircraft to
train these pilots, and the result is that more international students
are coming to Canada for schooling. “Take India: They need pilots, but
their domestic flight school infrastructure is pretty poor,” says Harv
Air’s Penner. “As well, in some countries it can take up to three years
to earn a pilot’s licence. We can typically help a student achieve this
in a year or less.”

Finally, the advent of internet shopping has
brought many students to Canada, thanks to the wealth of Canadian
flight schools who have taken the time to build decent Web sites. Put
it altogether, and the news is definitely good for the Canadian flight
school industry.

CHALLENGES
There’s an old saying that
there isn’t a silver lining out there that doesn’t come with a cloud
attached, and the Canadian flight school industry is living proof of
this truism. Despite the good news, there are a number of factors that
continue to challenge the industry’s profitability and, in the case of
some schools, economic survival.

The biggest threat appears to
be rising costs. Be it fuel, landing fees or insurance, rising costs
are making it tougher for flight schools to hold the line on their
tuition fees and maintain their fleets at the same time.

Of the
three, rising fuel cost appears to be the biggest challenge. “Although
gas prices have dropped since hitting record highs a few months ago,
the cost of aviation fuel hasn’t come down,” says Baker. “As a result,
fuel that cost $1.07 a litre in January now costs $1.41. When you’re
talking about training aircraft, you’re talking about equipment that
burns $50-$60 a hour.”

Landing fees are another cost challenge
for flight schools; especially because the amounts charged vary from
airport to airport; apparently based on administrators’ whims. “Some of
these airports see dollar signs every time they see an airplane,” says
Penner. “They figure that if a guy can afford an airplane, he can
afford landing fees.”

“There’s no level playing field when it
comes to landing fees,” Loretto says. “We’re lucky to have a good
relationship with airport management, but other schools aren’t so
lucky. Their airport administrators don’t understand small business,
and they don’t pay attention to the fact that fuel and insurance rates
have gone up. In fact, insurance rates have gone up hugely, which
hasn’t helped.”

Put it altogether, and rising costs are forcing
schools to cut back where they can. In particular, it’s the non-safety
maintenance issues such as aircraft appearance that are allowed to
slide, says Baker. “We rent planes at $85 an hour, with $40 going to
gas and another $40 to necessary maintenance. As a result, there’s not
much left for items such as new paint jobs, carpet replacements, and
the like.”

THE BOTTOM LINE
The price pressures cited by
Baker and others have put the screw to Canadian flight schools, forcing
some out of business while the survivors look for savings wherever they
can.

Still, for the schools that remain in business, the future
looks promising. Small wonder: Increased pilot hiring attracts new
blood to the aviation industry, which needs flight training to get
employed. Even with the challenges that confront them, Canada’s flight
schools are poised for profitable times ahead.


Related
Orescan: What to look for in a Flight Training School
Porter creates program to help mentor aspiring pilots
Some 500,000 pilots will be needed by 2032: Boeing forecast
New training centre in Cape Breton to train Chinese pilots