Seven Airbus H145 helicopters have been ordered to replace the German Armed Forces’ Bell UH-1D search and rescue fleet, which first entered into service in the early 1970s. The new aircraft, ordered through the Federal Office of Bundeswehr Equipment, Information Technology and In-Service Support, will be delivered to the German Armed Forces (Bundeswehr) in 2020. 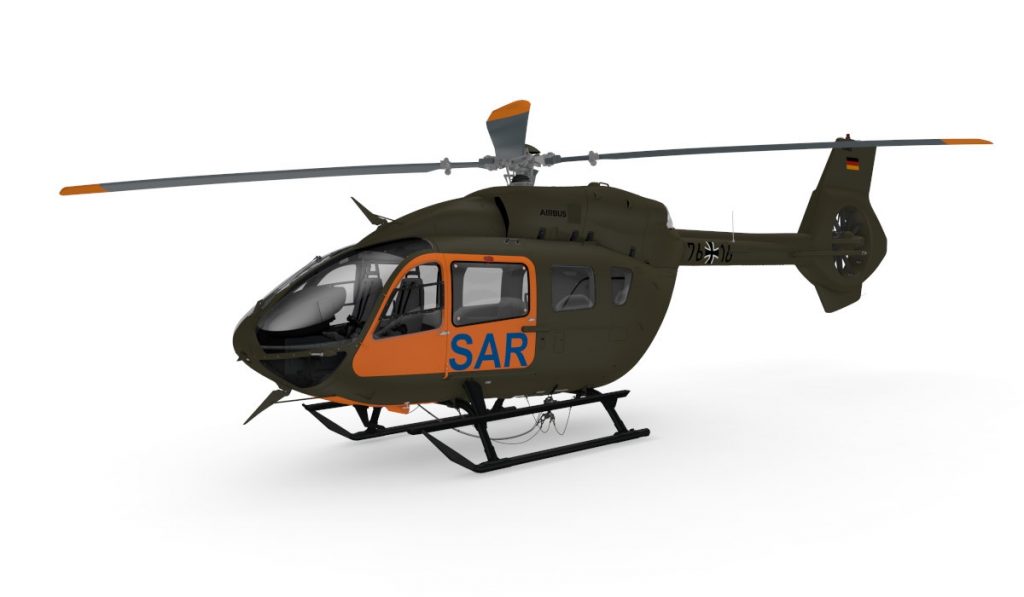 The helicopters will be stationed at the sites in Niederstetten, Holzdorf and Nörvenich. Airbus Helicopters will also be responsible for logistics support, repair, and maintenance of the helicopters. Bundeswehr is already operating the military version of the H145, H145M, from a previous order that saw deliveries begin in 2015.

“This will further standardise the Bundeswehr’s fleet of light helicopters,” said Wolfgang Schoder, Airbus Helicopters’ executive VP, light helicopters and governmental programmes. “The helicopters already operated by the Bundeswehr have proven themselves in particular through their very high levels of operational availability, and we see a lot more possibilities for the flexible and reliable H145 family to perform a wide range of tasks in all branches of the armed forces.”

According to an agreement with the Federal Ministry of Transport, the Bundeswehr is also responsible for search and rescue operations in the event of aircraft accidents on German territory. Airbus explains Bundeswehr, therefore, maintains a fleet of search and rescue helicopters on permanent standby; and these helicopters are also available for use in national disaster management operations.

The H145M, the military version of the H145, is a light twin-engine helicopter that, again, was first delivered to the Bundeswehr in 2015 and has since also been ordered by Serbia, Hungary, Thailand and Luxembourg. Mission readiness of the H145Ms already in service, according to Airbus, is above 95 per cent.

At its site in Laupheim, the Bundeswehr operates 15 H145Ms as light support helicopters for special forces. The helicopter pilots of all branches of the armed forces train on the H135, described by Airbus as the H145’s ‘little sister’.