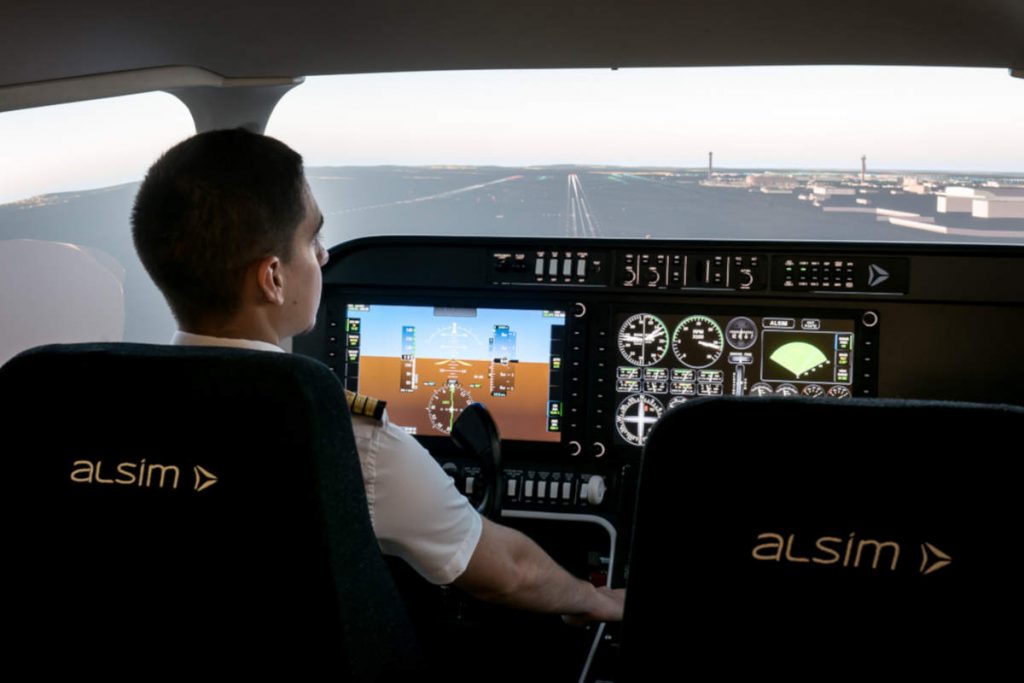 The Calgary Flying Club based in Calgary, AB, has purchased an ALSIM AL250 simulator for its advanced training operations conducted by the Calgary Aviation College (CFC).

The ALSIM AL250 is a generic and compact simulator for single- and multi-engine piston (SEP/MEP reconfigurable) PPL, IR and CPL training. CFC’s AL250 will use a real Garmin GTN650 and will be certified Level 2 and for IPCs by Transport Canada.

Calgary Flying Club trains its students in the Cessna 172 for single-engine training and the Piper PA-34 Seneca for twin-engine training. The club, which has a year-round ground school that starts every nine weeks, is situated in the foothills of the Canadian Rockies and a short drive from Banff National Park. It also offers its members rental aircraft (Cessna, Piper, Citabria and Cirrus), re-current training, hangar facilities and events.

“After an extensive due diligence exercise, we very much look forward to our AL250 arriving in the Fall,” said Bill Beaton, CEO, Calgary Flying Club. “The AL250 was selected to complement our single-engine and multi-engine fleet of 16 aircraft with advanced simulation capabilities.

“Real Garmin avionics, dual seats, several configurations and the latest in graphical renderings of our most used airports tilted our decision to Alsim,”continued Beaton. “The control feel of the simulator and its graphics gives our student pilots the most real-world achievable flying while on the ground.”

The Calgary Flying Club is located at the Springbank Airport which is a five-minute drive west of Calgary. CFC has been training pilots continuously since 1927 and in the past year safely flew nearly 14,000 hours. CFC offers Transport Canada licensed flight training and Government of Alberta approved aviation training course as a Private Career College.