The 8th annual Elsie MacGill Northern Lights Awards Gala dinner took place this past weekend north of Toronto and once again, it exceeded expectations, as more than 500 attendees paid tribute to this year’s outstanding honourees. 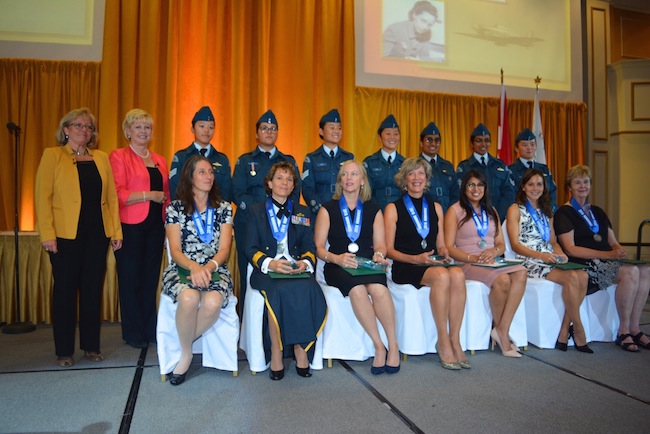 The Northern Lights Awards program is designed to honour women in aviation and aerospace who have throughout their careers made a significant impact in their various realms of the business. Their accomplishments are recognized to highlight their personal achievement but also to inspire future generations of young women to strike out and make their marks in a variety of diverse, exciting and rewarding fields.

“The Elsie MacGill Northern Lights Awards are a true legacy program meant to recognize those that have blazed the trail for so many young women in the industry today,” notes Anna Pangrazzi, president and director of sales of program, and a Wings magazine columnist highlighting women in aviation and aerospace. “This year’s inductees are truly outstanding and we are proud to highlight their accomplishments.

As has been the case with previous Northern Lights events, the evening was marked by inspiring speeches, countless examples of great achievement and laughter. Keynote speaker and Canadian Forces pioneer Karen McCrimmon, who has an extensive history with the RCAF as well, kicked off the evening with countless examples to cover all three sentiments.

“It’s certainly a great event, and we are so happy to be part of it,” echoed Porter president and CEO Robert Deluce. “We are strong proponents of supporting the development of women in aviation and are happy to support this event.”

It’s a sentiment whole-heartedly shared by the growing number of supporters for the event.