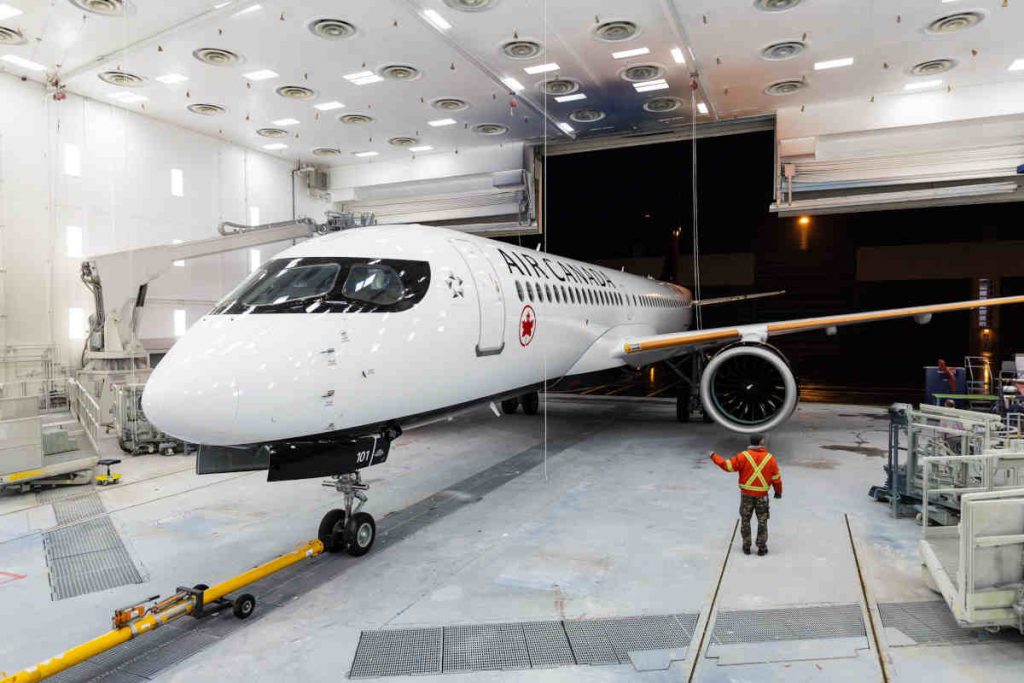 The first A220 for Air Canada rolls out of the painting hangar in Mirabel. (Photo: Patrick Desrochers / Airbus)

Air Canada’s first Airbus A220 was unveiled last week when it rolled out of the painting hangar at the A220 final assembly line in Mirabel, Quebec. With its new livery in place, the aircraft has moved to pre-flight activities in the A220 flight line hangar in Mirabel, before taking off for its first flight later this fall.

In December, Air Canada will become the first Canadian airline to take delivery of the Canadian-designed and developed aircraft when it receives the first of its 45 A220s on order.

The A220-300 for Air Canada will be configured in a 137-seat dual-class cabin layout. Airbus explains Air Canada’s brand-new A220-300s will replace the flag carrier’s existing mainline fleet of smaller, older narrow-body aircraft and support the airline’s hub and network growth. As a result of the A220 deliveries, Airbus states Air Canada will hold one of the world’s youngest and most fuel-efficient fleets.

Currently, there are 94 A220 aircraft flying with six operators on regional and transcontinental routes in Asia, America, Europe, the Middle East and Africa. The A220 has an order book of 530 aircraft as of the end of October 2019.