Yellowknife, N.W.T. - First Air, the Airline of the North, and Lynden Air Cargo have announced that they have signed a Cooperation Agreement that will ensure continued availability of Hercules freighter charters in Canada’s North. 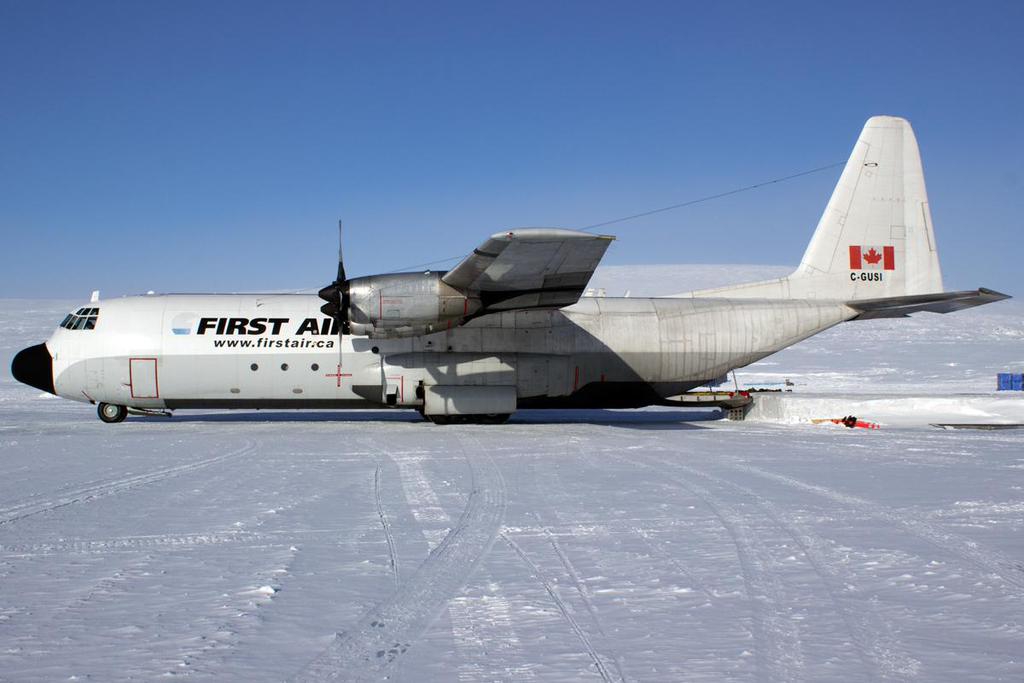 The announcement comes on the last day of Hercules operation by First Air, the only airline in Canada operating civilian-owned Hercules freighter aircraft. The ability to transport heavy, outsized cargo to short, gravel runways qualifies the Hercules as the ideal cargo aircraft for many charter customers.

“Hercules freighters have long been an essential part of aviation in the North”, said Dr. Brock Friesen, President & CEO of First Air. “Unfortunately, we can no longer justify keeping the Hercules in our fleet”, he said during a farewell ceremony at the Yellowknife airport.

First Air began operating its first Hercules aircraft in 1997 and a second Hercules freighter was added in 2006.

“For a long time the Hercules made perfect sense, but markets are changing. The cost of operating and maintaining Hercules freighters has risen significantly in recent years. It is no longer viable to keep Hercules in our fleet”, said Bert van der Stege, Vice President Commercial at First Air.

Instead, First Air will strenghten its partnership strategy. Lynden Air Cargo will assume ownership of Canada’s remaining Hercules freighter on April 30th, 2015 and will support the Canadian market’s need for the heavy haul aircraft by providing charter services to First Air in Yellowknife, subject to regulatory approval.

Both parties will uphold current customer relationships while offering enhanced overall reliability and service, based on the strenghts of the individual companies.

“With a complementary fleet and an outstanding record of reliability and service, Lynden is a perfect fit for First Air. Both companies will realize synergies that are beneficial for our Hercules cargo customers,” said Bert van der Stege, Vice President Commercial at First Air.

“Lynden’s passion for providing unmatched customer service with the worlds largest fleet of commercial Hercules aircraft is well known. We are looking forward to working with First Air and are positive that together we can continue to provide this valuable service to the Canadian market. ” said Rick Zerkel, President of Lynden Air Cargo.

The agreement is subject to regulatory approval.