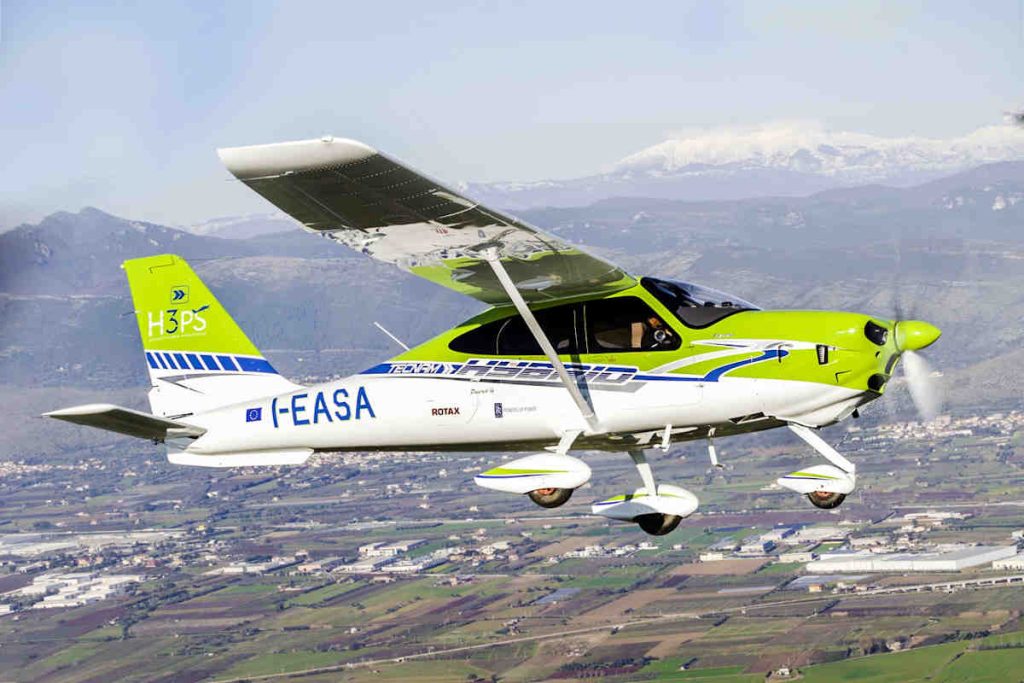 Tecnam Aircraft, in collaboration with teams from Rolls-Royce and Rotax, flew its P2010 H3PS hybrid aircraft for the first time on December 21, 2021, at precisely 3:54 pm CET. The Permit to Fly was issued by ENAC, the Italian Civil Aviation Authority.

The P2010 H3PS is described by Tecnam as the first General Aviation aircraft with a parallel hybrid configuration to take flight, representing a major milestone on the aviation industry’s pursuit of de-carbonization and powertrains of alternative energy.

The flight was performed by Tecnam’s Chief Experimental Test Pilot Lorenzo De Stefano, with Tecnam, Rolls-Royce and Rotax Teams on the ground.

The P2010 H3PS is powered by a 104kW Rotax 915 IS engine coupled with a 30kW Rolls-Royce electric motor, totaling 134kW (180hp) powertrain in a fully integrated parallel hybrid configuration. As such, this four-seat aircraft is first of its kind.

“Though H3PS is not intended for market purposes, our successful flight tests demonstrate that hybrid powertrain, with combustion engine coupled with an electric motor, can bear the same useful load of the traditional 180hp combustion engine,” said Fabio Russo, R&D Director, Tecnam Aircraft.