Aviation is responsible for approximately two per cent of greenhouse gas emissions, a figure expected to climb above three per cent by 2025 despite improvements in fuel efficiency over the last 20 years. In the first of three parts on Flying Green David Carr looks at fuel alternatives and whether they can live up to the hype.

Aviation is responsible for approximately two per cent of greenhouse gas emissions, a figure expected to climb above three per cent by 2025 despite improvements in fuel efficiency over the last 20 years. In the first of three parts on Flying Green David Carr looks at fuel alternatives and whether they can live up to the hype.

The heat is on. As oil bobs above the US$100 a barrel mark and air transport confronts renewed public pressure to significantly reduce its carbon footprint, airframe and engine makers are scrambling to develop lower cost and more environmentally friendly alternatives to kerosene. 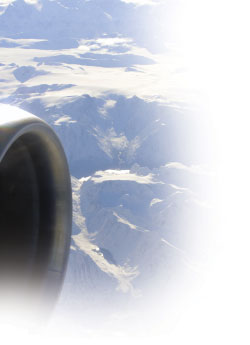 For now the hunt for alternatives is focused on “drop in” or direct replacement solutions that could be integrated into today’s fleets without substantial design modifications to the engine or airframe.

Both Airbus and Boeing were quick out of the gate in February with potentially cheaper and cleaner fuel substitutes. Airbus got a jump on its rival flying a Rolls-Royce-powered A380 from its wings assembly plant in England to Toulouse France on February 1, using a 50/50 blend of kerosene and Gas-to-Liquids (GTL) synthetic in one of four engines.

Instead of crude oil, GTL fuels are produced with hydrocarbon materials such as natural gas or coal, using Fisher-Tropsch (FT) technology, a process first invented in oil-starved Germany in the 1920s to produce liquid fuel from coal.

Airbus estimates that approximately 25 per cent of aviation fuel will come from alternative sources, including FT produced synthetics by 2025. The United States military, which burns through 30 billion litres aviation fuel a year, would like to quicken the pace, and has been running its own experimental program. The Air Force would like its entire fleet certified to fly on some form of synthetic fuel blend by 2016, a goal that environmentalists argue is predicated more on cost than concern over the environment.

Emissions data for synthetic fuels is sketchy. The reduction in CO² emissions is negligible – less than two per cent versus kerosene, although synthetics are almost sulfur free and have lower particulate exhaust emissions. But at what price? Twice as much CO² is pumped into the air to produce syngas than conventional jet fuel. FT is also a thirsty process, drinking litres of water to produce a single litre of fuel.

Environmentalists worry that the cost benefit of GTL fuels will push the arrival of lower or no emission technologies further down the horizon.

Perhaps not. Before airline industry officials, scientists and environmentalists had a chance to catch their breath from the Airbus demonstration, a Virgin Atlantic Boeing 747-400 took off from London’s Heathrow Airport to Amsterdam on February 25, powered by biofuel.

In 2006, UK-based Virgin Airways chairman Sir Richard Branson, pledged to plow all profits from his 51 per cent stake in his air and passenger rail businesses into fighting global warming, a gesture that could top US$3 billion.

Biofuels are derived from fast growing crops such as soybean, corn and canola. One of the Virgin 747s four engines was fed a mixture of 80 per cent Jet-A aviation fuel blended with 20 per cent coconut and babassu oil from an independent tank.

February’s pioneering flight was a joint venture between Virgin, Boeing and GE Aviation. Later this year a second Boeing 747-400, this time operated by Air New Zealand and powered by Rolls-Royce engines, will make a similar demonstration flight. The Air New Zealand demonstration will likely use a different formula. A Boeing official told Wings that the Virgin demo was geared toward proof of concept, while the Air New Zealand test-flight will focus on the more sustainable aspects of biofuels.

Biofuels are considered a zero sum game since the plant has already absorbed the carbon dioxide released into the atmosphere as it was growing. But are they as carbon-neutral as first thought?

A number of environmentalists argue that carbon dioxide emissions from the volume of fertilizer and the farm equipment needed to produce aviation fuel from plants could leave the planet in even worse shape. Greenpeace has already dismissed the Virgin experiment as a “high altitude greenwash.”

There is also the question of land. According to Boeing, today’s biofuels are not capable of supplying a larger percentage of fuel without displacing human food production. Producing two billion gallons of biojet fuel – sufficient to support the US domestic airline industry with a 15 per cent biojet blend – would gobble up acres of farmland equal to the State of Florida, driving up food prices.
Virgin Airways insists that the exact type of biofuel used on its recent demonstrator will not divert from the food chain.

The search is already on for the next generation of biofuels using more sustainable sources. Indeed, algae might be the industry’s silver bullet. Scientists estimate that algae could produce 150 – 300 times more oil than a crop of soybean. Boeing and NASA report that if algae-based biojet fuels were fully compatible with today’s aircraft, 100 per cent of air transport’s fuel needs could be met from feedstock produced on a land mass equivalent to Maryland.

Despite the success of the Virgin flight, biojet fuels still have a considerable number of obstacles to overcome, although none are considered insurmountable. While FT processed jet fuel hold properties similar to conventional fuel, biojet has a tendency to freeze at normal cruising temperatures. One hundred per cent biojet also displays poor high thermal stability characteristics in the engine, although biojet fuels blended at 20 per cent with Jet-A fuel appears able to overcome this requirement.

The use of biojet as a fuel alternative in air transport is at least eight to 10 years away. The International Air Transport Association (IATA), estimates that only 10 per cent of airline fuel needs will come from alternative fuels by 2017. This will likely involve the blending of biofuel with FT processed synthetics, with the percentage of biojet in each blend increasing as engine design involves. Still, this will not satisfy environmentalists who want to see specific targets from greenhouse gas emissions rather than biofuel consumptions. But biofuels are a mid-term step toward a low or zero-carbon fuel.
A zero-carbon universe will certainly require a revolution in airframe design and propulsion systems, and is likely at least 25 years along the planning horizon. A lot of stock is being placed in cryogenic hydrogen or liquid methane, although such solutions will require enormous compromises in aircraft design, such as heavy insulated fuel tanks.

In the meantime there is a lot more governments and the air transport industry can do to clean up its own act. A global patchwork of inefficient air traffic control systems, bilateral agreements that still direct air routes between countries, and airport congestion are adding precious minutes onto every flight.

IATA claims that 18 per cent of aviation fuel is wasted as a result of inefficient operations, resulting in more than 100 million tonnes of CO² emissions. IATA estimates that if airlines could shave a minute off every flight each year, the industry would reduce CO² emissions and other pollutants by 4.2 million tonnes.