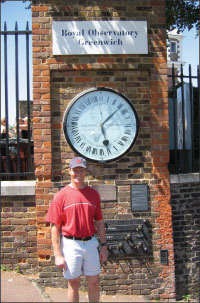 TIME FOR FLYING
By Doug Morris

Doug Morris, author of the new book,  From the Flight Deck: Plane Talk and Sky Science, answers these questions and provides an interesting and straightforward look at how we arrived at the current system of time in aviation.

In the summer of 2004, during a routine flight to Northern Québec, Patrick Cloutier, bush pilot for Aventures Norpaq, noticed a familiar shape reflecting from the wilderness. It became clearer the closer he flew that this was not an ordinary aircraft. As he circled for a second glance, he recognized the Lockheed Lodestar. Upon his return from dropping off a group of fishermen, he started his research and came to the conclusion that this was in fact the Lockheed Lodestar that originally flew with Canadian Pacific Airlines during the Second World War. This was the start of what became known as the CF-CPA Project.