Finally, there’s a little light at the end of the tunnel – and a big thank you to those folks in Ottawa for getting me out of a jam. 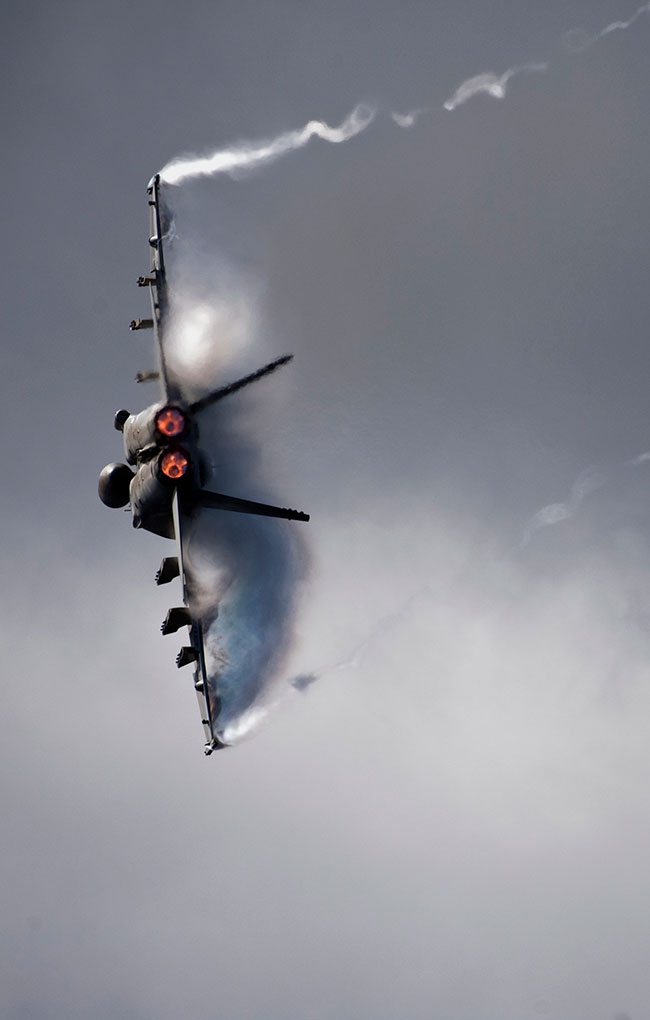 It’s a creative way of saying we are running out of serviceable aircraft. Finally

I was stuck on deadline and seeking a way to pen the perfect column and then came the announcement that the federal Liberals will be purchasing 18 Boeing Super Hornets to tide us over until the never-ending rolling thunder road show to replace the entire fleet of legacy Hornets can get its instruments in tune. The Liberals described this announcement as filling a “capability gap,” but it’s a creative way of saying we are running out of serviceable aircraft.

I interviewed (then) Maj. Gen. Blondin in 2010 at 1 Canadian Air Division and part of the discussion was the replacement of the CF-18.

At that point, the F-35 was accepted in most as a foregone conclusion. I found the general to be frank and plainspoken in everything we discussed that day. I didn’t ask him if he had an opinion on which aircraft the RCAF should be flying and he didn’t offer any. What he did say was he would operate whichever aircraft was selected. It was clear from our conversation that a lot of thought had already gone into just what it would mean to transition from the legacy Hornet into a next-generation aircraft such as the F-35. And there’s a lot more to buying new aircraft than simply buying the aircraft.

I’ve had the pitch, up close and personal, from both Lockheed Martin (the makers of the F-35) and Boeing (manufacturers of the Super Hornet) to get me more acquainted with their respective wares.

For Lockheed, it was four years ago at the Abbotsford International Air Show and at that time, their aircraft was the next best thing for the RCAF in everything but name.

Then, last year the Liberals came into power. During that election, some things got said that people took to heart and now the F-35 wasn’t quite the next best thing after all. Cue the organist for the re-entry of the Super Hornet into the contest. This year at Abbotsford, I had my chance to meet the Boeing test pilots and tabulated their thoughts on how their aircraft stacked up against the competition.

Were it only so simple that as in American Graffiti, we could just roll out to the valley at sunrise and let the ’32 Deuce and the ’55 Chevy decide it once and for all.

Unfortunately, it’s not that simple. There’s the question of offsets for the benefit of the Canadian economy. Fair enough.

Then we have to consider the cost of operating these aircraft over their anticipated lifespan, not to mention the question of fuel consumption and maintenance issues.

The short answer is it’s going to cost a lot of money any way you look at it. Up front, there’s the cost just to buy the aircraft – and over the next 20 to 30 years, the cost to keep them in the air. The challenge is to ask the right questions and those questions are very dependent on what it is we want the aircraft to be doing over their projected lifespan.

The political reality is that there are no neat answers to the questions that need to be asked – certainly not within an electoral cycle of four years.

For example, where will these aircraft most likely be deployed and what will they be doing when they go where we ultimately send them out?

We are certainly living in interesting times from a global perspective, with Brexit and the recent U.S. election only two of the factors at play in trying to determine where we will find ourselves in 2017, let alone in 20 years. From my perspective, the decision by the federal government is indeed a sound one – one that will ensure the RCAF maintains its ability to meet Canada’s overseas obligations for the near future and gain some breathing room to get the big purchasing project finally figured out.

Purchasing Super Hornets ensures that it won’t take much time to take existing legacy Hornet pilots and convert them, a point Boeing has been pushing it its sale pitch to the Canadian government for some time.

Good news like this reminds me of the first whiff of the Christmas turkey in the oven. It sure smells nice, but it just makes you all the more hungry for the real thing. As we head further into 2017, I can’t wait to hear what this government has in store for us next.