News
Glidepath: Too close to home

The disappearance last year of Malaysia Airlines’ flight MH370 is still a 24-kt. mystery. Conspiracy theorists have had a field day trying to top each other with increasingly outlandish theories. 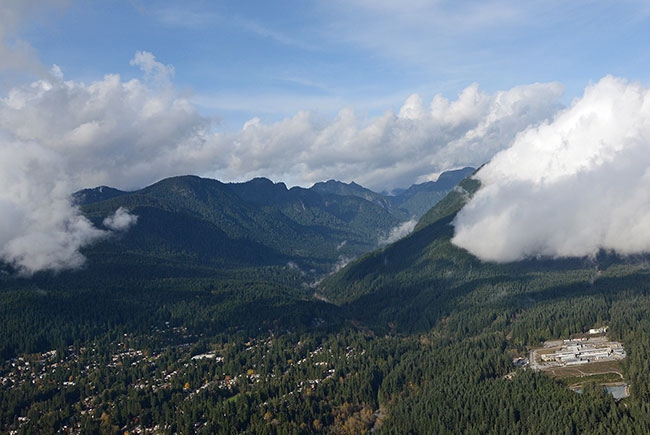 The area is deceptively dangerous and every year North Shore Rescue conducts more than a hundred search missions here. The disappearance last year of Malaysia Airlines’ flight MH370 is still a 24-kt. mystery.

What we have come to realize is that there is an incredibly large part of this world that we knew virtually nothing about before March 8, 2014 – and over a year later, we still don’t know that much more about it. If someone or something disappears without warning and without leaving a trace, it seems it’s always somewhere far away, which serves to heighten the mystery. Well not always. Sometimes it’s much closer to home than the other side of the planet – much, much closer.

On a Tuesday morning in April this year an RCAF Cormorant passed over my house, very low and very slow. I live at the top of Lynn Valley on Vancouver’s North Shore. Helicopters are as common as sparrows around here, but the Cormorant is an infrequent visitor and when it does make an appearance, it’s not good news. I do not require a visual sighting to confirm the Cormorant’s presence, the shaking of the house on its foundation is evidence enough.

The Cormorant and a number of other helicopters, were searching for an aircraft that had dropped off the radar less than 10 minutes after departing Vancouver International Airport for Prince George. The SA-226 Metroliner is not in the same category as a B777, but it’s not an insignificant piece of machinery in its own right and there it was, gone without a trace. An intense air search of the ground in the area of its last recorded position was negative. The remains of the aircraft were located the next day by ground teams from North Shore Rescue. The crash site was barely out of sight of downtown Vancouver, 14 kilometres from Georgia and Granville and only seven kilometres from my back door.

The crash site lies between Mount Seymour and Grouse Mountain, an area of wilderness park that offers a range of experiences from a simple walk in the woods along graded trails to highly technical climbs on near vertical rock faces. The area is deceptively dangerous and every year North Shore Rescue conducts more than a hundred search missions, many requiring highly technical rescues. It’s not uncommon for the missing to never be found.

The search for the Metroliner was hampered by almost a foot of snow that fell at the end of the first day, a cruel irony after one of the mildest winters on local record that had seen local ski resorts on Grouse, Seymour and Cypress suffer through their worst year ever. The wreckage was located almost 3,000 feet up steep slope underneath the canopy of trees.

Transport Canada’s Bill Yearwood had flown over the area and was quoted in the local media as saying the trees were not damaged, there were no scars on the ground and no visible evidence from the air of disrupted terrain. Indications at the time were that the aircraft dropped 5,000 feet in less than a minute and whatever had happened was so sudden, that the pilots had no chance to make any call or declare an emergency. The weather at the time in the region was very unsettled, with warm, moist air pushing in from the Pacific meeting the last of the Arctic air pushing down through the mountains, fuelling the violent thunderstorms that are increasingly common in the valleys of the North Shore mountains.

It’s a lot closer to home than we might want to admit, literally and figuratively, the realization that an aircraft can vanish without an apparent trait. Yearwood was quick to compliment North Shore Rescue as the feet on the ground able to utilize their vast knowledge of the region and extreme capabilities, saying that it could have been days or even weeks before the wreckage may have been spotted from the air.

It’s not the first time that that an aircraft has disappeared in these mountains and unfortunately it’s not likely to be the last. On November 23, 1963, a Royal Canadian Navy T-33 crashed at the 4,300-ft. level of Cypress Mountain, the site of the 2010 Olympic Freestyle Skiing competitions. It took three days of intensive searching before the wreckage was located. The engines and other sensitive equipment were removed, but pieces of the shattered airframe and body panels are still strewn across the mountainside. It’s a sobering experience to come upon the debris field as you are making your way to the top of the mountain, standing there taking it all in while at the same time looking out at the panoramic view of Vancouver at your feet. It’s not that far away, yet it really is a world apart.

Paul Dixon is a Vancouver-based photojournalist.