UPDATE: March 13, 4:30pm EST: The FAA temporarily suspends Boeing 737 MAX aircraft from U.S. airspace, issuing the following statement: "The FAA is ordering the temporary grounding of Boeing 737 MAX aircraft operated by U.S. airlines or in U.S. territory. The agency made this decision as a result of the data gathering process and new evidence collected at the site and analyzed today. This evidence, together with newly refined satellite data available to FAA this morning, led to this decision. 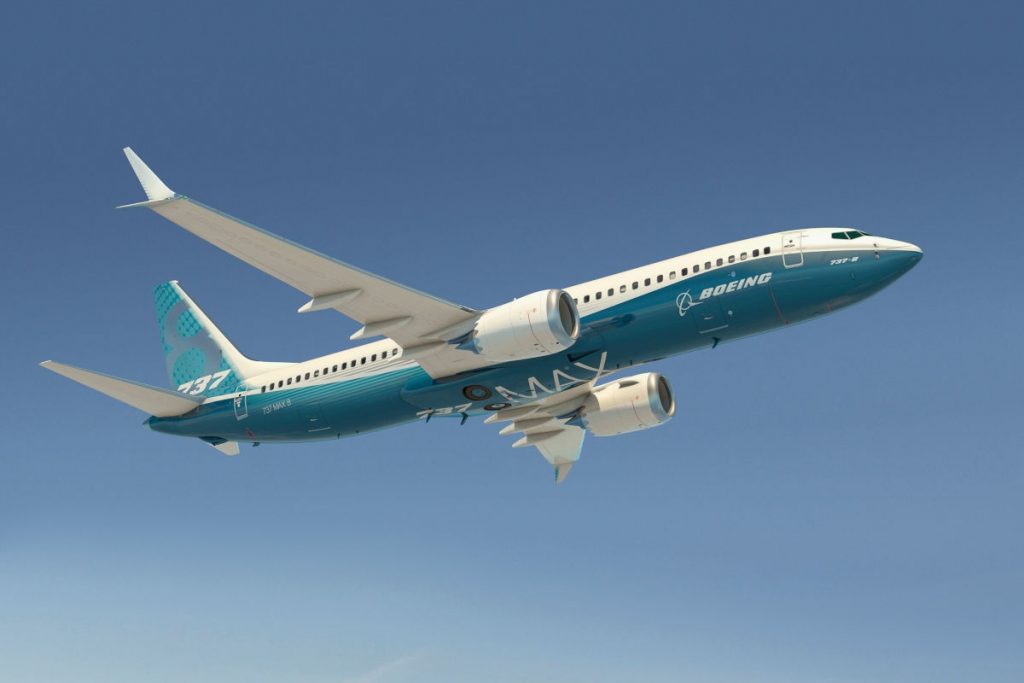 “The grounding will remain in effect pending further investigation, including examination of information from the aircraft’s flight data recorders and cockpit voice recorders. An FAA team is in Ethiopia assisting the NTSB as parties to the investigation of the Flight 302 accident. The agency will continue to investigate.”

UPDATE, March 13, 3:45 pm EST: Associated Press reports the United States is issuing an emergency order Wednesday grounding all Boeing 737 MAX 8 and MAX 9 aircraft effective immediately. In announcing the order, President Donald Trump, according to the Associated Press, cited new information regarding the investigation into the ET302 crash on Sunday.

UPDATE, March 13, 11:00am EST: Sunwing Airlines, one of three Canadian companies to fly Boeing 737 MAX aircraft, has temporarily suspended operations of the aircraft, citing commercial reasons unrelated to safety. Below is the statement released by Sunwing today:

“The FAA has issued a statement of continued air-worthiness of the Boeing 737 MAX 8 and we have confidence in the investigative process, as well as the handling of this matter by Transport Canada and the other Canadian operators of the MAX 8. For evolving commercial reasons unrelated to safety, including airspace restrictions being imposed by some of our partner destinations, Sunwing Airlines has taken the decision to temporarily suspend the operations of our four Boeing 737 MAX 8 aircraft.

“We are in the process of revising our flying schedule to accommodate the temporary removal of our MAX aircraft from service and we appreciate the patience our retail partners and customers while we work to communicate these updates. We will endeavour to minimize the impact of these schedule changes, which we believe is achievable given that the MAZ 8 makes up less than 10% of our fleet.”

UPDATE, March 12, 2:48pm EST: The European Union Aviation Safety Agency (EASA) suspended all Boeing 737 MAX operations in Europe. A statement from the continental governing body explains, in part: “As a precautionary measure, EASA has published today an Airworthiness Directive, effective as of 19:00 UTC (3:00 pm EST), suspending all flight operations of all Boeing Model 737-8 MAX and 737-9 MAX aeroplanes in Europe.

“In addition, EASA has published a Safety Directive, effective as of 19:00 UTC, suspending all commercial flights performed by third-country operators into, within or out of the EU of the above mentioned models… The accident investigation is currently ongoing, and it is too early to draw any conclusions as to the cause of the accident.”

UPDATE, March 12, 12:45pm EST: Turkish Airlines on March 12 released a statement that it has stopped all operations of its 12 B737 MAX type passenger aircraft in its fleet, until further notice.

INITIAL POST, March 12, 11:00am EST: The United Kingdom Civil Aviation Authority on Tuesday, March 12, became the most-recent national governing aviation body to temporarily suspend operation of Boeing 737 MAX aircraft into or out of its airports. This closely followed Australia’s Civil Aviation Safety Authority (CASA) decision on Tuesday to suspend operation of the 737 MAX – to or from Australia.

Hours earlier, however, the United States Federal Aviation Administration issued a Continued Airworthiness Notification for the Boeing 737 MAX. The FAA notification indicates the U.S.-registered 737 MAX fleet includes 74 airplanes and the worldwide fleet amounts 387 airplanes used by 59 operators (listed at the end of this article).

Transport Canada had not issued any statements with regard to the 737 MAX at the time of this posting, which is operated in Canada by Air Canada, Sunwing Airlines and WestJet, but Global News on March 11 reported Transport Minister Marc Garneau as saying Canada will not order its airlines to ground Boeing 737 MAX 8 aircraft.

Several national aviation authorities have suspended operations of the 737 MAX following the March 10 crash of Ethiopian Airlines flight ET302, which included 18 Canadian fatalities (157 total). This was the second air disaster involving a 737 MAX-8 in less than five months, including the October 29, 2018, crash of Lion Air flight JT610, in which 189 people died.

While no Australian airlines operate the Boeing 737 MAX, two foreign airlines, SilkAir and Fiji Airways, fly these aircraft types to Australia. Fiji Airways has two Boeing 737 MAX aircraft, as well as other aircraft types in its fleet that will be substituted for the 737 MAX, according to CASA. “This is a temporary suspension while we wait for more information to review the safety risks of continued operations of the Boeing 737 MAX to and from Australia,” said Shane Carmody, CASA’s CEO and Director of Aviation Safety. “CASA regrets any inconvenience to passengers but believes it is important to always put safety first.”

In addition to Ethiopian authorities, which became the first body to suspend 737 Max flights after the crash of ET302, Boeing, the FAA, NTSB, and accident investigators are cooperating on the Ethiopian Airlines investigation. Reports indicate the Black Box recorder from flight ET302 was found by authorities yesterday. As the investigation continues, no cause has been identified in the Ethiopian Airlines 302 disaster and no links can be made between the two 737 MAX crashes at this time.

On March 11, the FAA issued a Continued Airworthiness Notification to the International Community (CANIC) related to the Boeing 737-8 and Boeing 737-9 fleet, noting, in part: “Following the accident of an Ethiopian Airlines Boeing Model 737-8 airplane on March 10, 2019, the National Transportation Safety Board (NTSB) as the accredited representative, and the FAA as Technical Advisors, are supporting the Ethiopian Accident Investigation Bureau. The FAA has dispatched personnel to support the investigative authorities in determining the circumstances of this event. All data will be closely examined during this investigation, and the FAA will take appropriate action if the data indicates the need to do so.

“External reports are drawing similarities between this accident and the Lion Air Flight 610 accident on October 29, 2018. However, this investigation has just begun and to date we have not been provided data to draw any conclusions or take any actions. Following the Lion Air Flight 610 accident, the FAA has completed [a range of] activities in support of continued operational safety of the fleet.”

The 737 MAX worldwide fleet of 387 airplanes, according to the FAA, includes: