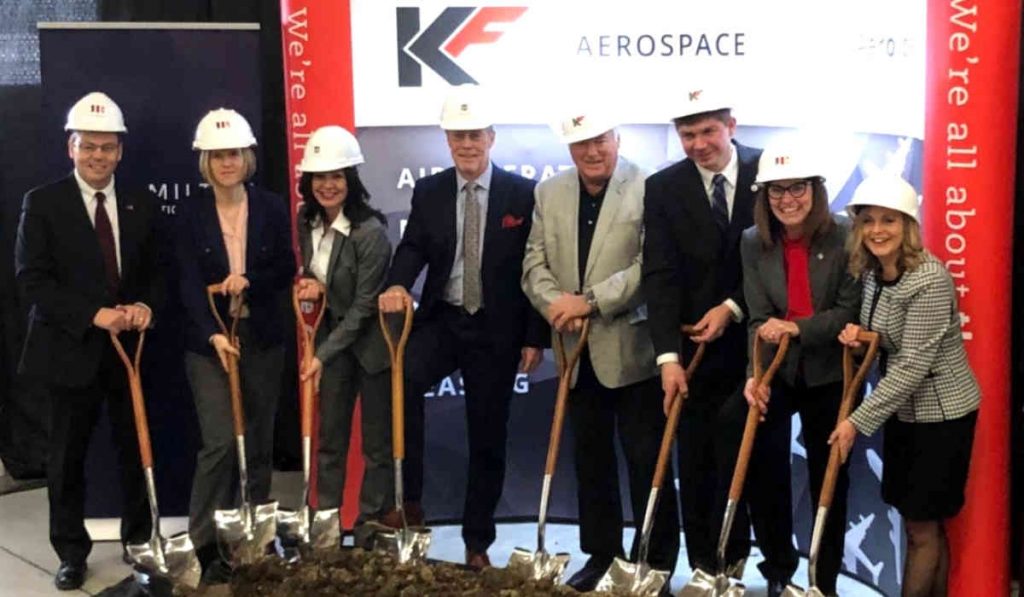 Back in February 2019, team members from KF Aerospace celebrate the start of their YHM, completed in less than eight months. (Photo: KF Aerospace)

The company explains the centrepiece of the project is a new 75,000-square-foot hangar, which introduces wide-body aircraft capability and additional lines of maintenance to KF’s Hamilton operation. The project is expected to triple KF’s business in the Hamilton marketplace, expanding its ability to support international cargo and passenger airline partners.

“We’ve been operating in Hamilton for almost 25 years and are incredibly excited to be investing further in the community,” said Barry Lapointe, founder and CEO of KF Aerospace. “This expansion will allow KF to bring international customers to Canada to showcase our staff’s exceptional maintenance skills.”

KF also plans to have Canadian companies lead the design, manufacture and construction of the new buildings. It has contracted firms Ledcor Construction and NA Engineering for the project; and the hangar is being pre-fabricated in Brandon, Manitoba.

Construction on the wide-body hangar is expected to be complete in October 2019 and Mohawk will commence classes in its new facility in August 2020.