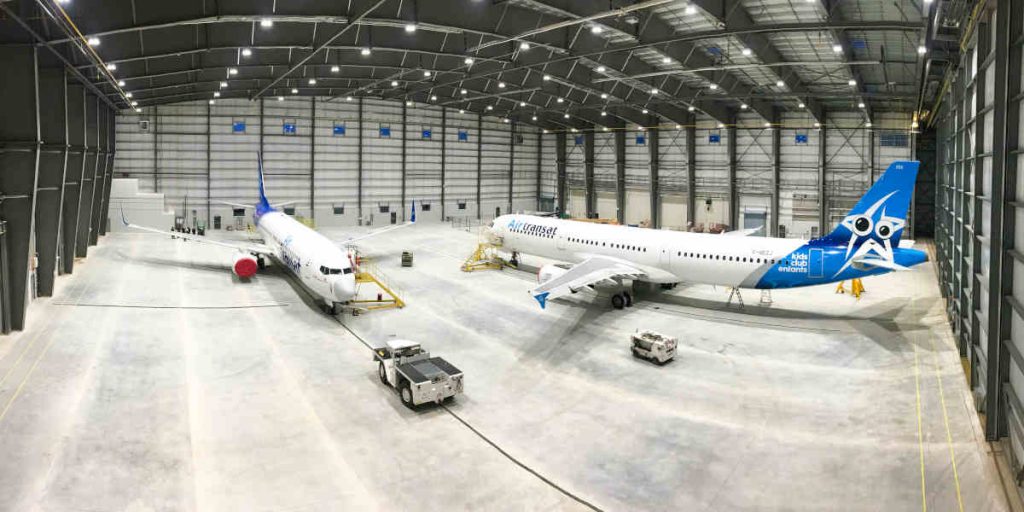 KF Aerospace’s new 75,000-square-foot hangar in Hamilton is the centrepiece of a $40 million investment plan by the company. (Photo: KF Aerospace)

KF Aerospace opened the doors this week on its first wide-body aircraft hangar located at Hamilton International Airport, YHM. On November 20, KF welcomed in Air Transat aircraft to what is now its largest hangar at 75,000 square feet. The hangar measures 285-feet wide by 265-feet deep with a 65-foot high ceiling, giving KF the ability to induct most wide-body aircraft.

The massive new hangar expands KF’s YHM base to six concurrent lines of narrow body aircraft maintenance, or up to three wide-body aircraft. The company explains this expansion significantly expands its ability to support growth with domestic and international airline customers.

“We’re incredibly excited to reach this major milestone for KF and for our Hamilton base, which I opened almost 25 years ago,” said Barry Lapointe, founder and CEO of KF Aerospace. 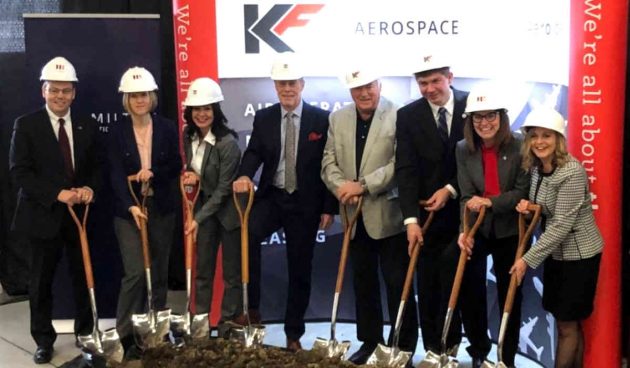 Back in February 2019, team members from KF Aerospace celebrate the start of their YHM hangar build, completed in less than eight months. (Photo: KF Aerospace)

The new building was completed in less than eight months and serves as the centerpiece of KF’s $40 million investment into Hamilton expansion projects, which also includes new shops facilities and a state-of-the-art aviation campus for the Mohawk College Aerospace Training Hub.

KF began hiring earlier this year in preparation for the hangar opening and has already welcomed an additional 60 staff. With 200 currently at the base, KF is planning to grow to more than 400 staff in Hamilton by 2022.

In April 2019, KF announced it would add 21,000 square feet to its Hangar 1 (South) facility at YLW Kelowna in British Columbia, where the company is headquartered. This new capital investment focuses on one of five customer-dedicated hangars at the Kelowna base. It will bring KF’s capacity in Kelowna to a total of 13 concurrent lines of narrow-body and regional-aircraft maintenance, grow its staffing from 725 to 800 in 2020, and expand the YLW base to a total 370,000 square feet.