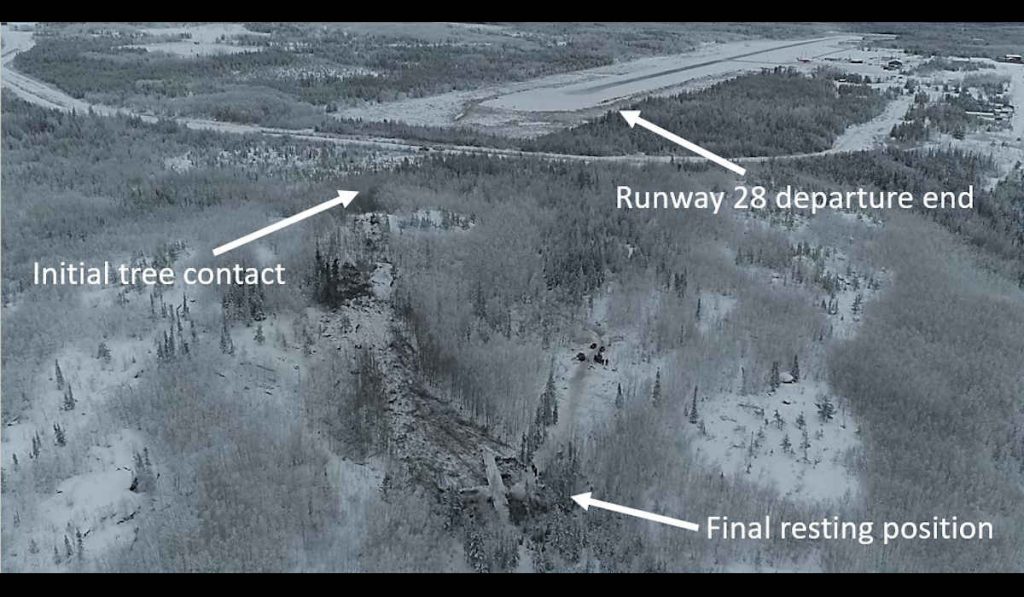 A Transportation Safety Board of Canada investigation has determined the major cause of a deadly plane crash in northern Saskatchewan was a lack of proper de-icing before takeoff, along with contributing factors that included poor safety measures, inadequate equipment and weather.

The board’s investigation into the 2017 Fond du Lac crash also found that companies operating in remote and northern places in Canada have normalized taking off with some degree of ice or contamination on critical surfaces.

“That is a systemic problem that needs to be addressed through Transport Canada enforcement as well as operators and airport authorities,” Kathy Fox said Thursday in a virtual news conference following release of the board’s report.

Fox said the board has investigated 11 occurrences over the last 25 years involving commercial aircraft that operated with ice on them to the extent that it affected performance. Four of those were fatal accidents causing 19 fatalities, including one in Fond du Lac.

The crash near the airport occurred shortly after takeoff on Dec. 13, 2017. The ATR-42 plane operated by Saskatoon-based West Wind Aviation plummeted to the ground and was destroyed.

All 22 passengers and three crew members were injured, 10 of them seriously. One of the injured passengers died days later in hospital.

The report said crew members were aware before landing that ice was forming on the plane, but adequate equipment was not supplied for de-icing before taking off again.

The investigation found West Wind had developed a safety plan to ensure the ATR 42s would not be used in situations where icing could occur, but investigators determined that policy wasn’t being followed.

“There was no formalized procedure at the company to ensure that was happening,” said Eric Vermette, the investigator in charge.

West Wind Aviation has since joined with Transwest Air and rebranded to form Rise Air at the beginning of this year.

The airline said the board’s findings are fair and, in a news conference following the report’s release, accepted responsibility for the crash and apologized to the families.

“We’ve caused pain and suffering and we’re sorry for this. This has been a traumatic event that will never be forgotten,” said Derek Nice, president and CEO of Rise Air. “We know this accident has shaken the trust you’ve had in us and we will work hard to win back your trust again.”

The company has updated training and operating standards and current policies have been reviewed and approved by Transport Canada, Nice said.

Each location where Rise Air operates has proper de-icing equipment and staff who are regularly trained on de-icing procedures, he said.

The investigation included surveying 650 pilots who fly planes in northern parts of Canada. It found that 74 per cent of those surveyed said they had taken off at some point with contaminated critical surfaces and about 40 per cent said they rarely, if ever, had the proper equipment to de-ice aircraft.

The board forwarded two recommendations related to the issue to Transport Canada in 2018.

It urged Transport Canada to work with airport authorities and operators on an urgent basis to ensure remote airports were suitably equipped to de-ice aircraft and to increase enforcement with rules to reduce the likelihood of an aircraft taking off with contaminated critical surfaces.

Fox said Transport Canada has made some headway on the recommendations, but at this time the board can only give a satisfactory grade.

The safety board cannot assign fault or determine civil or criminal liability, but offers insights and recommendations to prevent further accidents.