The Vancouver International Airport in mid-February released final passenger numbers for 2018, confirming another year of record-breaking growth, as it embarks on a $9.1 billion, 20-year infrastructure expansion project based around 75 major capital improvement projects. 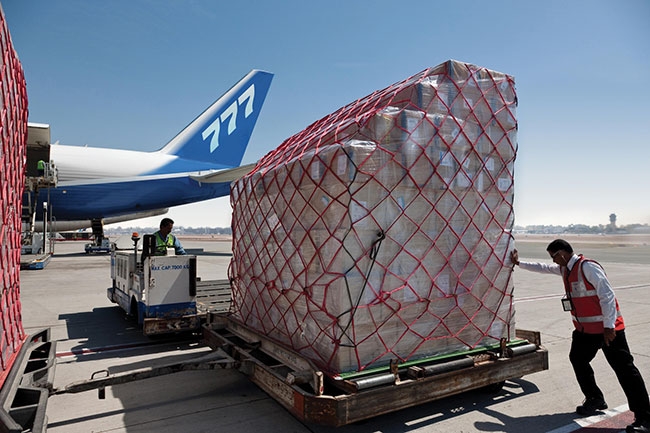 This is a similar story of passenger growth over the past decade across most major Canadian airports and often overlooked is the corresponding growth of cargo running out of these expanding airport infrastructures. YVR, for example, moved 338,000 tonnes of cargo, an 8.1 per cent increase from 2017. The Boeing Company in late 2018 issued its biennial World Air Cargo Forecast (WACF) to summerize the world’s major air trade markets, identify major trends, and present forecasts for the future performance and development of markets, as well as for the world freighter airplane fleet. The next update to the WACF will appear in Q4 2020.

Boeing projects air cargo operators will need more than 2,600 freighters over the next two decades to keep up with increasing global freight traffic, which is expected to double with 4.2 per cent growth annually. The 980 new medium and large freighters and 1,670 converted freighters will go toward replacing older airplanes and growing the global fleet to meet demand, according to the World Air Cargo Forecast.

“The air cargo market continues to be a major element of commercial aviation’s growth story,” said Darren Hulst, managing director of market analysis and sales support at Boeing Commercial Airplanes. “Our new forecast indicates strong long-term air cargo trends, which coincide with the market recovery that we have seen over the last few years across Europe, North America, and Asia.”

Some of the factors driving the growth in air cargo, explains Boeing, include a growing express market in China and the global rise of e-commerce, which is forecast to increase 20 per cent annually to nearly US$5 trillion in 2021. To meet growing market needs, Boeing also forecasts the world freighter fleet will expand by more than 70 per cent, from the current total of 1,870 to 3,260 airplanes. Boeing projects new production freighter deliveries valued at US$280 billion.

Demand for regional express services in fast-developing economies will boost the standard-body share of the freighter fleet from 37 per cent today to 39 per cent. The company projects 1,170 standard body and 500 medium wide-body passenger airplanes will be converted into freighters over the next two decades.

Dedicated freighters, which Boeing explains to provide unique capability that passenger belly-cargo cannot match, will continue to carry more than 50 per cent of the world’s air cargo demand. The company expects the majority will be in the large wide-body freighter category, such as the 747-8 Freighter and 777 Freighters.

“With 90 per cent share of the freighter market, Boeing is well positioned to capture this growth,” said Hulst. Since January 2017, Boeing has sold 128 freighters, including 80 production and 48 converted. Air cargo has recovered and is on track to grow 4.2 per cent over the next 20 years