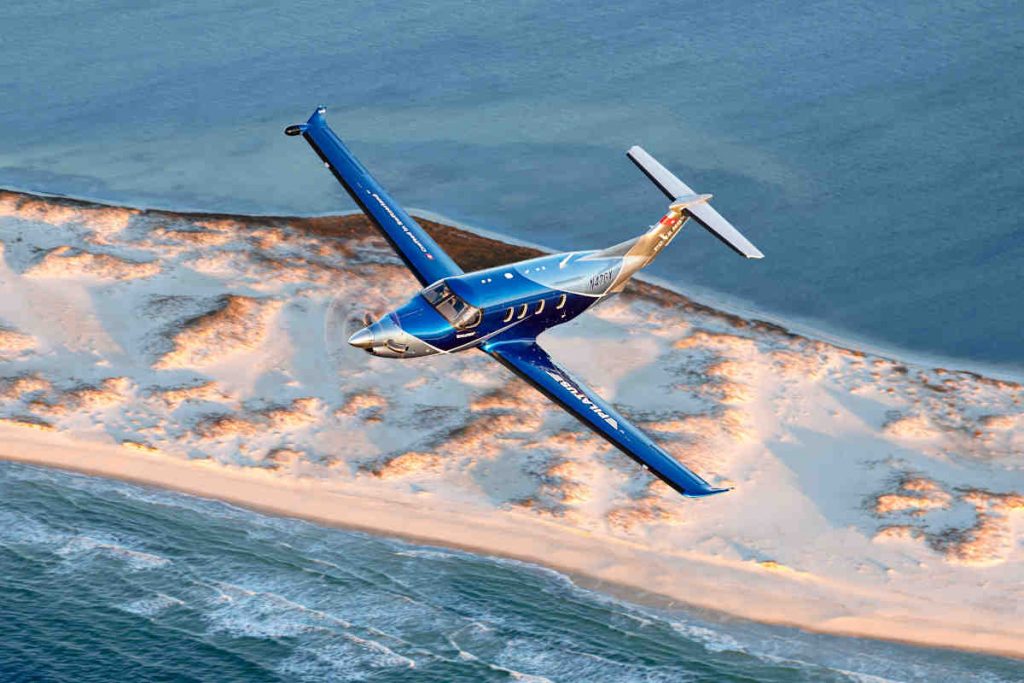 By mid-2021, Pilatus Aircraft reached a fleet milestone with the delivery of the 1,800th PC-12 production unit, a PC-12 NGX which was introduced in 2019 as the third major iteration of the platform. Levaero Aviation, founded in 1997, is instrumental in establishing and maintaining the PC-12 fleet in Canadian aviation. (Photo: Pilatus Aircraft).

In its 25-year evolution, Levaero Aviation has seen business growth and ownership changes, pandemic challenges, and worker and supply shortages.

Steve Davey, executive vice-president and chief operating officer, says through it all, Levaero strives to maintain and improve the quality of their services.

“We’ve just done a significant expansion on our maintenance department with a new facility here in Thunder Bay as well as another facility in southern Ontario,” Davey said. “Now that we have the bricks and mortar, it’s time to bring the work in and also increase our workforce and attract more work from outside of Canada and North America.”

Like many other businesses, Levaero Aviation is feeling the ramifications left by the COVID-19 pandemic, and labour and supply shortages.

He says this is making Levaero become “a little more creative” by finding skilled employees from other industries, bringing them in and training them to their industry standard.

Davey is a member of the Confederation College Aircraft Maintenance advisory committee and says Levaero works closely with the college.

“We hire a number of graduates every year from Confederation College as well as first-year students who we bring in to work for us part time,” he said. “Even at the high school level, we’re working closely with the Lakehead Public School Board to get the Grade 10 students introduced to aviation and aircraft maintenance, so when they get into Grade 11 and start choosing co-op placement, hopefully, we find a group that is interested and they come our way.”

He added that “quite a few” of their employees have come through the high school aviation co-op programs.

It all began in 1997 when a new Swiss-made aircraft called Pilatus came onto the world market. Frank Kelner, an entrepreneur, knew the aircraft was just right for Canadian airspace. Relocating to Thunder Bay, he established the V. Kelner Pilatus Centre and employed Robert Arnone and Steve Davey.

In 2006, Kelner handed the reins over to Arnone and Davey, and by 2011 the purchase arrangement of the company was completed.

After several name changes, the company was rebranded as Levaero Aviation in 2015 and continues to provide Pilatus aircraft for customers from independent companies to the Ontario Provincial Police. Today the aircraft is claimed to be the most in-demand turboprop in its class worldwide and is sourced in Thunder Bay.

“There was a product available and a country that was right for this world product,” said Robert Arnone, president, CEO and co-owner of Levaero Aviation with Steve Davey and shareholders Stan Kuliavas and Shaun Appell.

“It was a good fit into Canada which did not have a dealership at the time. We sought out that opportunity and hence, here we are today celebrating a milestone of 25 years of business in Thunder Bay.”

Arnone says every year has had something spectacular about it.

“It was the evolution of the product (that stands out). Year in and year out the product changed and the different models were introduced and added to the constant improvement of the product,” he said, adding that the aircraft is manufactured in Switzerland.

Levaero Aviation sells, leases, repairs and maintains the Pilatus turboprop and PC 24 twin-engine jets for their aircraft owners across Canada. Many of the staff have been with the company for more than 20 years.

He noted how important it is that Thunder Bay is recognized for the ability to host such a company that he called “world class.”

Stan Kuliavas, a shareholder and vice-president of sales, says more people have come into the private aviation sector than ever before in the history of the industry and demand remains strong.

“Part of the challenge is that supply is also at the lowest it’s ever been in the history of our industry and it affects everything,” he said. “More than 60 per cent of the metal that is used in aircraft engine manufacturing used to come from Russia. With Russia’s unprovoked war in Ukraine, manufacturers not doing business with a “terror state” and they’ve had to resource those materials, which hasn’t come without challenges.”

Levaero Aviation celebrated the quarter-century milestone with employees and customers who joined them from across the country earlier this month.

“Our people are the best part of this business,” Kuliavas said. “Without our employees that are so integral, we don’t have customers . . . and without customers, we have no business.”