With the used market shrinking, customers are once again thinking new. 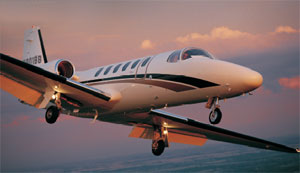 WITH THE WORLD’S economies generally rebounding from an extended
recession aggravated by factors such as 9/11 and SARS, business
aviation seems to have turned the corner. A buyers’ market a year or so
ago, glutted by new and used business aircraft, has become a sellers’
market where ‘deals’ are few and far between. However, more companies
are considering the merits of buying, leasing or sharing an aircraft
or, where they already have one, expanding or upgrading their flight
departments. It's a trend manufacturers hope to exploit.

"The
recovery really started to pick up toward the beginning of this year,"
said Christophe Chicandard, Bombardier's Montreal-based sales director
for Canada. While he agreed that the market was still driven to a
degree by ‘pre-owned’ aircraft, the supply of good ones has dwindled
and prices are firmer. "Now customers are chasing airplanes." But
Chicandard tempered his optimism about the trend toward new aircraft by
noting that growth in recent months has been at the "lower end of our
family, the Learjets" and was apparently not reflected at the upper
end, the Challenger and Global models.

That said, he does expect
a "progressive move" upward as economies here and elsewhere recover.
The domestic market evidently is a tougher nut to crack because
Canadian buyers are, on average, more conservative and about aircraft.
"Visibility is an issue every time they need to go to the board of
directors," he agreed. "They need to show at the end that the aircraft
is going to be really highly utilized and for a good purpose and so on."

It's
often easier for boards to accept a used-aircraft solution but the
relative lack of those, notably Lear 45s, has meant that Bombardier has
been able to "transform some used-aircraft prospects into new-aircraft
prospects." Part of the problem arises from trade-ins. "It's not our
preferred choice but we take them in and then we have to market them,"
Chicandard said. "Now we've significantly reduced our number of used
aircraft and that's been the same with other people."