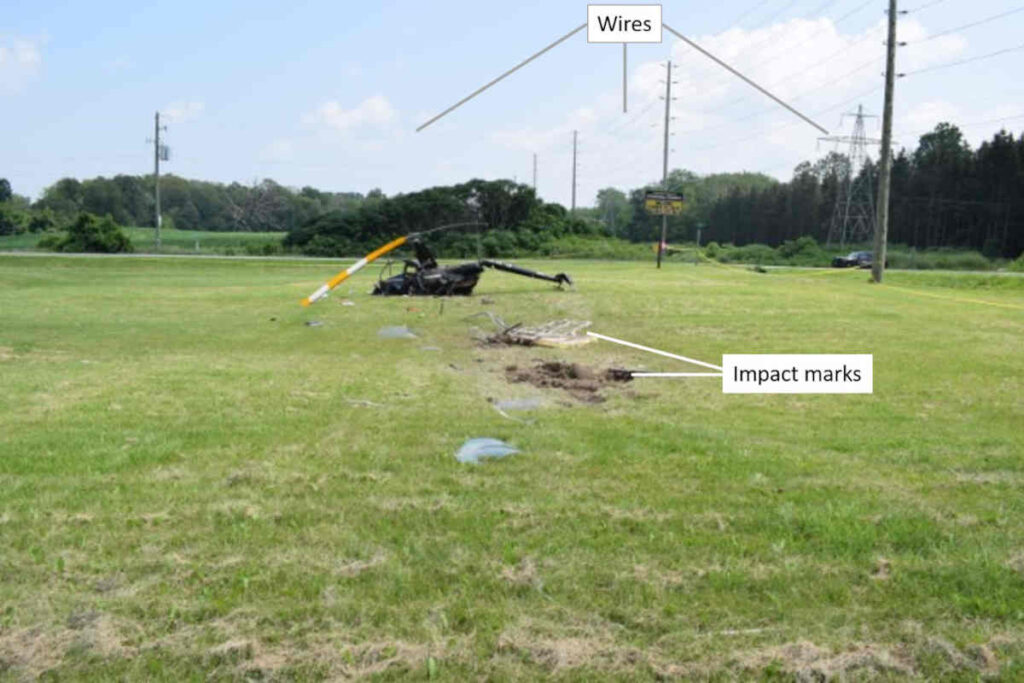 Photo of the occurrence helicopter wreckage taken beyond the wires that were struck, facing east (direction of flight) and showing the impact marks, two sets of power wires to the right, and a third perpendicular set ahead of the wreckage. (Source: TSB)

An investigation into a July 2021 helicopter crash in Brantford determined the pilot lost control of the aircraft after hitting low-hanging wires near the farm field she was spraying.

The pilot, a woman in her mid-30s, was conscious when paramedics took her to hospital.

The helicopter, a Robinson R44 operated by Apex Helicopters, was left crumpled after crashing into a field in the area of Golf and Powerline roads around 7 a.m.

The Transportation Safety Board of Canada found that, at the time of the crash, the pilot was flying eastbound into the sun’s glare, with the windshield possibly obscured by dirt or the liquid being sprayed on the crops.

Low visibility from inside the cockpit and the surprise of seeing out-of-place wires — “oriented along the edge of a corn field rather than the more common position alongside a road,” the report said — did not give the pilot enough time to avoid the crash, the board concluded. 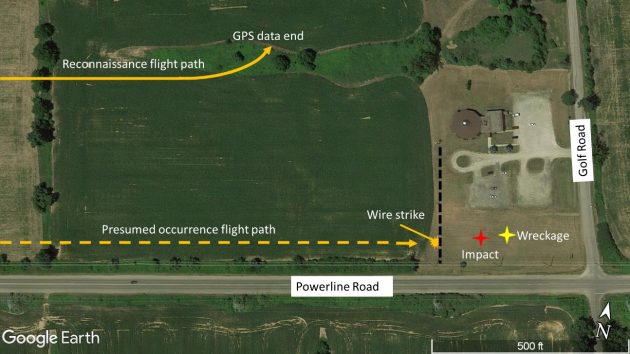 The helicopter crashed roughly 270 feet from where it hit the wires, ending up on the front lawn of the Grand Valley Christian Centre.

The safety board said the pilot avoided a worse fate by wearing her flight helmet and fastening her lap belt and shoulder harness.

— With files from Sebastian Bron