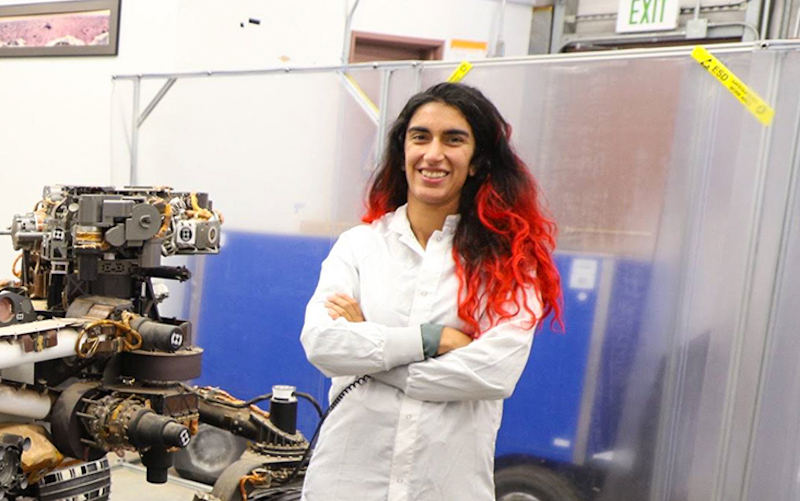 MONTREAL — Farah Alibay describes the moments between the time the Perseverance rover entered Mars’ atmosphere on Thursday and when it landed on the surface of the Red Planet as “the longest seven minutes of my life.”

After that tense time, the Quebec-born NASA systems engineer heard the words that still give her goosebumps: “Touchdown confirmed.”

Now Alibay, who works at NASA’s Jet Propulsion Laboratory, says she’s prepping for the next steps of the project, which include the daunting task of helping guide the rover as it searches for signs of ancient life on Mars.

“I can’t even describe it, how happy you feel in that moment,” Alibay said of the rover’s landing. “For me, I was screaming and jumping of happiness.”

Alibay said the landing comes after a lot of long hours and personal sacrifices for the team as it sought to complete the complex operation during a global pandemic.

While the joy she felt at the landing moment will stay with her, Alibay said the celebrations themselves were short-lived.

The team at NASA’s Jet Propulsion Laboratory next have the task of guiding the rover – nicknamed Percy – as it searches for evidence of ancient life.

The rover will use its two-metre arm to drill down and collect rock and soil samples to be sent back to Earth, where it will be analyzed for ancient microbes.

Now that the probe has landed, Alibay says her role is shifting to one of “uplink planning,” or helping to finalize and send the plans for rover’s next steps. She’s also been tasked with helping to co-ordinate use of a small, robotic helicopter that was carried to Mars aboard Perseverance. 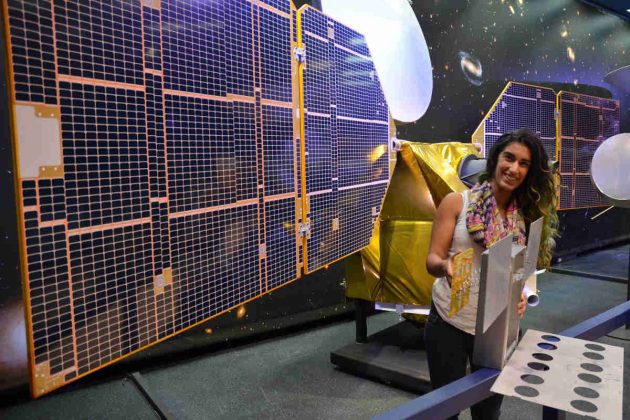 Farah Alibay, working in 2015 at NASA’s Jet Propulsion Laboratory, holds a full-scale mock-up of NASA’s MarCO CubeSat, which is dwarfed by the one-half-scale model of NASA’s Mars Reconnaissance Orbiter behind her. (Photo: NASA/JPL-Caltech)

The fact that she’s helping to search for answers to some of humankind’s biggest questions is not lost on Alibay, who describes working on the project as a “privilege.”

“That question of, ‘Are we alone,’ is something that I think people have asked themselves for hundreds of years, if not thousands of years,” she said.

“To get to say that I am part of a team that might help start to answer that question, that is even daring to ask the question and daring to go make those observations, that is pretty incredible.”

Alibay was born in the Montreal area to parents who immigrated from Madagascar. As a child, she says she was inspired by movies such as Apollo 13 and by pioneering female astronauts, including Canada’s Julie Payette.

While she moved away to England at the age of 13, Alibay said she remains a proud Canadian, and hasn’t forgotten the country that welcomed her family and gave them a chance at a new life.

She said she’s happy to see her story being shared, and hopes it can inspire a new generation of kids to follow their dreams.

“We have such pride in being Canadian,” she said. “And so being able to share that and give back, it’s been a pleasure.”