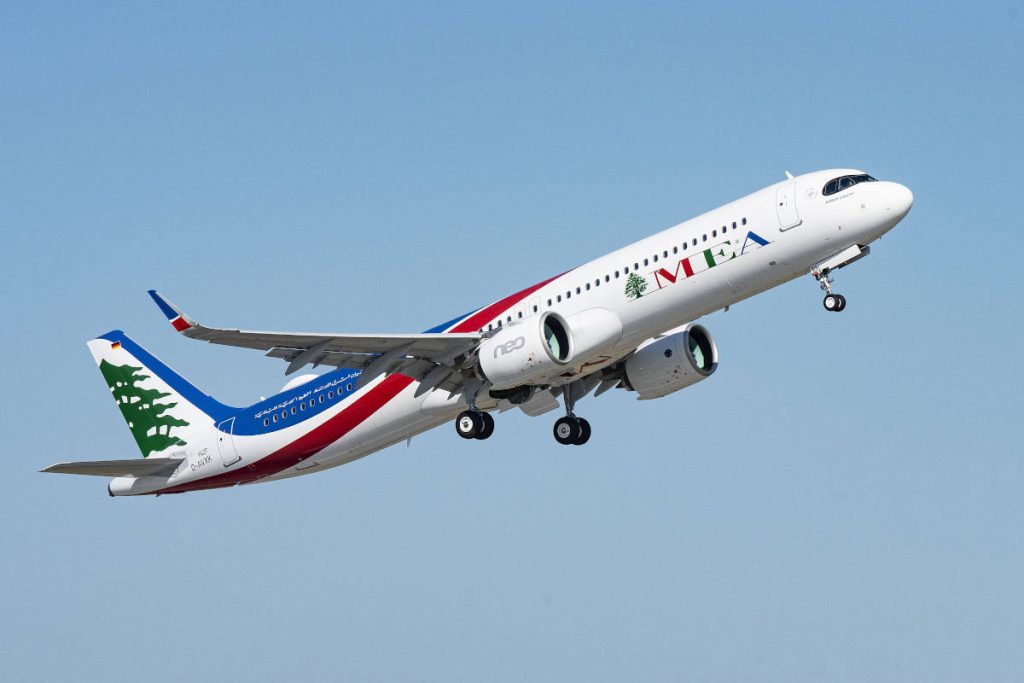 “We are thrilled to take delivery of our first A321neo aircraft and to offer our passengers a quieter, more comfortable flight experience,” said said Mohamad A. El-Hout, Chairman-Director General, Middle East Airlines. “The architecture of the GTF engines enable the economics we need as the industry begins to enter recovery.”

“This delivery marks another significant milestone in Middle East Airlines 75th year. We are honoured that MEA has operated Pratt & Whitney powered aircraft since 1963, and has selected the GTF engine to power their next-generation fleet,” said Rick Deurloo, chief commercial officer at Pratt & Whitney. “We look forward to supporting MEA’s expansion and future long-range operations.”

Since entering into service in early 2016, Pratt & Whitney states the GTF engine has demonstrated its ability to reduce fuel burn by 16 per cent, to reduce nitrogen oxide emissions by 50 per cent compared to the regulatory standard, and to reduce the noise footprint by 75 per cent.