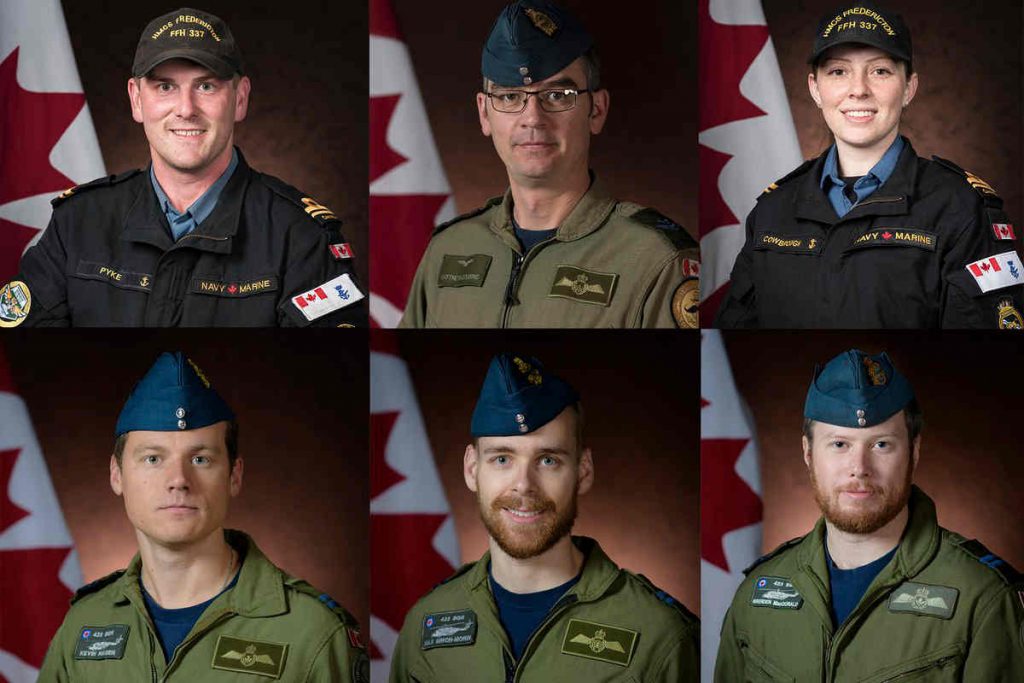 The Canadian Department of National Defence on the afternoon of April 30 released the names of the six military members involved in the Royal Canadian Air Force’s CH-148 Cyclone helicopter accident that took place on April 29 off the coast of Greece, during a NATO training exercise.

“I was deeply saddened to learn yesterday of the tragic incident involving a Cyclone helicopter off the coast of Greece and the loss of our members of the Canadian Armed Forces. I wish to express my deepest condolences to their families, friends, and colleagues,” said Harjit Sajjan, Minister of National Defence. “Search and rescue efforts are ongoing with our NATO Allies for the five missing members and all available resources are being dedicated to this effort. This accident is a painful reminder of the dangers that members of Canada’s military face every day to ensure the safety and security of Canadians.”

The Department of National Defence explains the helicopter was deployed in the Mediterranean Sea with HMCS Fredericton as part of Standing NATO Maritime Group 2 under Operation REASSURANCE. At the time of the accident, the Canadian ship was conducting collaborative training with Italian and Turkish ships. The Cyclone was conducting concurrent flight operations.

A RCAF Flight Safety team will depart Canada shortly to investigate the circumstances of the accident. The Department of Defence explains a Flight Safety Investigation is conducted to ensure its personnel can continue to have confidence in equipment and procedures, as well as identifying measures that will either prevent or reduce the risk of similar occurrences in the future.