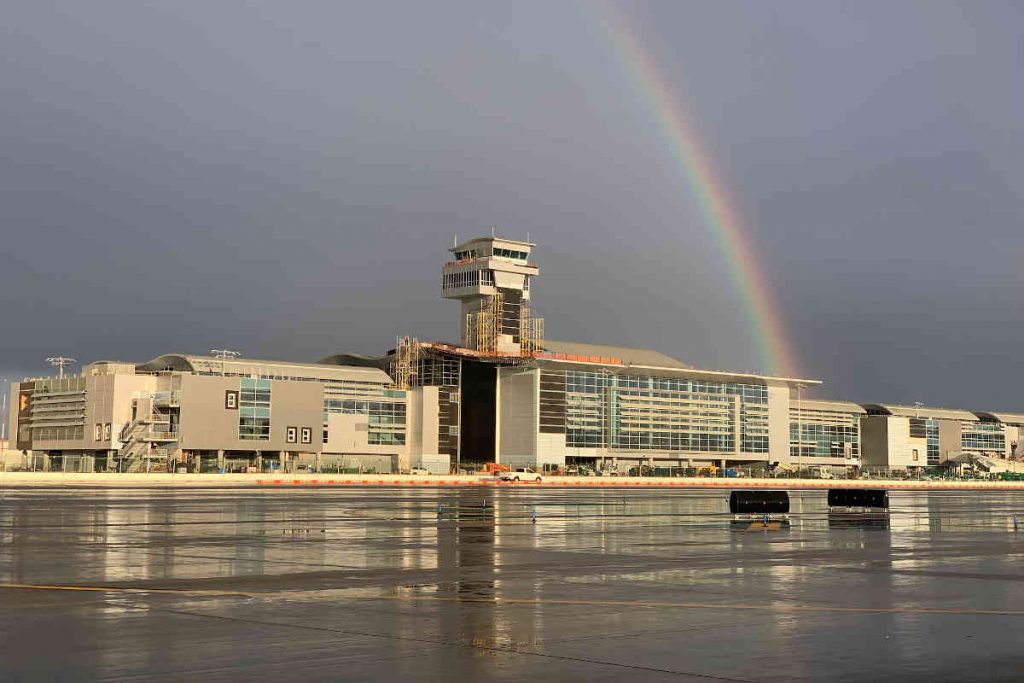 Known as West Gates, it will serve both international and domestic flights.

“This is a big day in a big city that’s building out a big new infrastructure,” Mayor Eric Garcetti said during an opening ceremony.

The 41/2-year construction project was part of a $14.5 billion airport modernization project.

Officials said it is based around a digitally based travel experience, including biometric boarding gates, thousands of places to plug in and access wireless internet _ with 5G later this year _ and touchscreen kiosks.

There are two nursing rooms, three play areas for children and a relief area for service animals.

The airport described the West Gates’ baggage handling and boarding system as the most advanced in the U.S.

The airport improvement project involves all of the airport’s passenger terminals. New facilities include an automated people mover train, a consolidated rental car facility and a parking structure for 4,300 vehicles.

And a new metro station will at long last connect the airport to Los Angeles County’s light rail system.