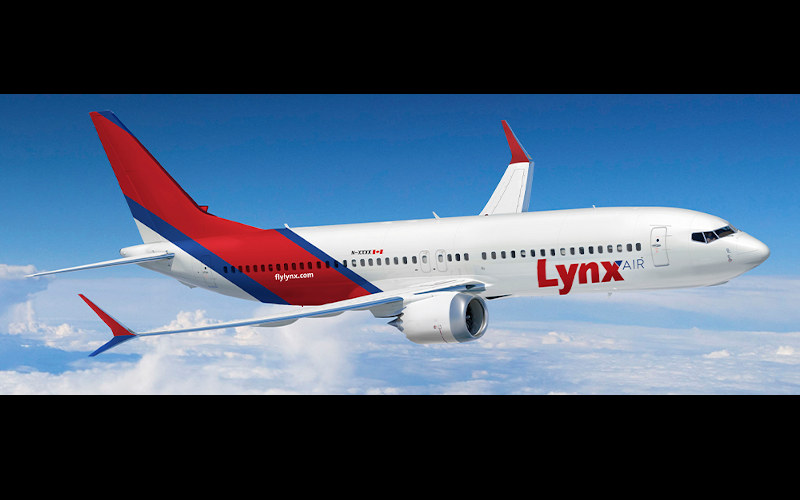 CALGARY — A new Canadian airline announced its planned launch on November 16, joining an increasingly crowded field of carriers jockeying for budget-minded travellers as the country emerges from the COVID-19 pandemic.

At an event at the Calgary International Airport, its new headquarters, startup Lynx Air announced its intention to begin flying sometime in 2022.

Lynx, formerly known as Enerjet — a Calgary-based charter airline that announced in 2018 that it intended to transform itself into a commercial discount carrier — has some experienced aviation industry players behind it. The privately held company was founded by an investor group headed by Tim Morgan, a former senior executive at WestJet Airlines Ltd.

McArthur said Tuesday that Lynx will operate under the ultra-low-cost carrier model, which means passengers will be offered basic, bare-bones discount fares and then be charged extra for additional services like checked bags and cancellations.

The ultra-low-cost model has proven popular in Europe and the U.S., but until very recently, has not had a Canadian imitator. That is changing, though, with Edmonton-based Flair Airlines announcing a major expansion of its own fleet and routes this year. WestJet also offers its own unbundled, lower-fare service called Swoop, which on Monday announced nine new routes out of Edmonton.

Robert Kokonis, president of independent Canadian aviation consultancy AirTrav Inc., said it remains to be seen whether Lynx is entering an overly saturated market. He said just a few years ago, he would have doubted that Canada could support this many ultra-low-cost carriers.

However, Kokonis said he now believes there may be room for more, as Canadians appear to be increasingly willing to consider a bare-bones carrier if it means they’ll have more money to spend at their destination.

“I think as Flair and Swoop have both grown, they’re succeeding in getting Canadians to understand what the ULCC model is,” Kokonis said. “I’m feeling very bullish that Canadian travelers are getting acclimatized to that model.”

In an emailed statement, Flair chief executive Stephen Jones said that Canadians already have access to low fares for flights across Canada, to the U.S., and Mexico.

“That’s what Flair Airlines has been delivering to the market for some time now,” Jones said. “Those low fares are available to book today.”

WestJet executive vice-president and Swoop president Charles Duncan said in an emailed statement that 3.5 million passengers have flown with Swoop since its launch three years ago, and more than 56 per cent of Swoop’s tickets sold have been $100 or less.

“The WestJet Group welcomes increased competition in the ULCC (ultra-low-cost carrier) category,” Duncan said. “Swoop is the leading ULCC in Canada in terms of size and reliability and will continue to maintain that position.”

Lynx has not yet announced routes or schedules, and has not yet released its pricing, though McArthur said its booking system will go live in the near future. She said the startup airline is not concerned about players already in the market.

“We’re not really focused on the competition,” McArthur said. “Our strategy is actually about growing the pie, growing the number of passengers who fly.”

Lynx plans to operate a fleet of Boeing’s newest 737 aircraft. The airline has firm orders and lease agreements in place for a total of 46 aircraft over the next seven years to meet anticipated demand, McArthur said. The company’s first three Boeing 737s are expected to arrive in early 2022.

McArthur said Lynx will hire up to 450 people, the majority in Calgary, to support the airline’s launch.

She said while the airline will begin with domestic routes, it plans to eventually expand to offer transborder and international service.

On Tuesday, McArthur declined to identify any of the investors backing the launch of Lynx. However, Morgan said in 2018 that his investment consortium included Claridge Inc. — a private investment firm chaired by Stephen Bronfman, a scion of one Canada’s wealthiest families — and Stephenson Management Inc.