How supersonic flights can succeed where the Concorde failed 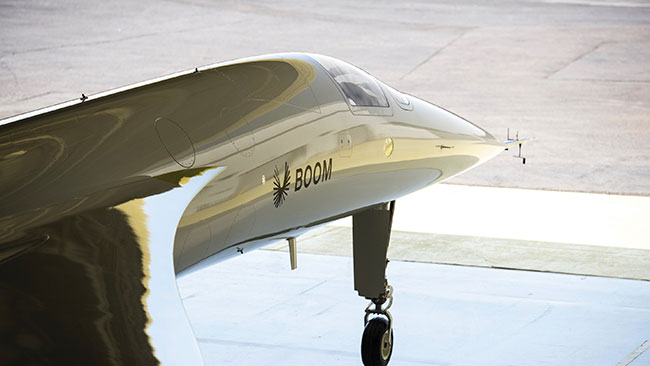 A good compromise might be a low bypass turbofan with an afterburner to significantly increase available thrust. Photo: Boom Supersonic

United Airlines has announced it will purchase up to 50 Boom Overture supersonic jets for commercial use by 2029, heralding the return of supersonic passenger flights nearly 20 years after the Concorde was decommissioned. Supersonic planes halve the time it takes to fly from New York to London, from seven hours down to 3.5 hours, but such airliners were abandoned following Concorde’s final flight in 2003. Concorde had become financially unworkable after a high-profile crash in 2000, combined with excessive ticket prices, high fuel consumption and increasingly high maintenance costs. If Boom is to succeed, it will depend on overcoming these issues that derailed Concorde. So can it be done?

Supersonic flights are so called because they travel faster than the speed of sound. To do this, the aircraft must break through the sound barrier, which requires an efficient aerodynamic design to reduce drag, and considerable thrust from powerful engines to overcome the turbulence caused by shock waves. Breaking the sound barrier also requires engines that burn through lots of jet fuel – one of Concorde’s key drawbacks and something that’s become more contentious in recent years. You’d therefore expect Boom, which is in the prototype stage of developing Overture, to concentrate its designs on increasing fuel efficiency.

Higher bypass ratio turbofan engines are more fuel efficient than turbojets. Their lower exhaust speed makes them quieter, but they tend to be larger, resulting in higher drag at supersonic speeds. This drag penalty has outweighed the efficiency of turbofans for prolonged supersonic flights.

A good compromise might be a low bypass turbofan with an afterburner, which injects additional fuel to significantly increase available thrust, and is commonly used on military jets. Such an engine was used in early production versions of another supersonic passenger jet, the Russian Tupelov Tu-144, but was too inefficient because it needed to keep firing its afterburners to maintain supersonic cruise.

The Tu-144’s afterburner also contributed to a very noisy cabin, humming loudly at 90 decibels – roughly the sound generated by a hairdryer – which exceeds regulatory safety limits. The Concorde’s turbojets, meanwhile, only needed afterburners at take-off and to break through the sound barrier, improving its fuel economy and lowering cabin noise while supercruising.

Due to the noise they generate, supersonic jets aren’t allowed to fly over land. But these restrictions could be lifted with refined aerodynamic design. For example, research by NASA on its X-59 QueSST program aims to produce optimized airframe shapes which could significantly reduce overland sonic booms to a much quieter “thud” – coming in at 75 decibels rather than the Concorde’s 105 decibel boom.

Getting the aerodynamics right could also open up the possibility of using modern, lightweight composite materials to enable better thrust-to-weight ratios – perhaps eliminating the need for afterburners at take-off.

Substantial developments in computational fluid dynamics software and other simulation programs since the 1970s will be crucial in evaluating these designs and getting them certified to Boom’s tight production deadlines. Boom is also promoting its aircraft’s green credentials. Part of the United deal involves collaborative development in establishing a reliable supply of sustainable aviation fuel. This will ultimately benefit other aircraft in United’s fleet and the industry at large, which currently produces around 2.8 per cent of all global CO2 emissions from fossil fuel combustion.

Sustainable aviation fuels include biofuels and synthetic kerosine that are compatible with conventional jet fuel, which means no changes to airport fuelling infrastructure or engine design will be needed for them to be introduced. But these fuels are very expensive, because the raw materials needed to make them aren’t available at scale. The total amount of sustainable aviation fuel currently being used amounts to just 0.1 per cent of the total fuel spent in the air. Projections estimate this needs to reach somewhere between 1.4 and 3.7 per cent.

Boom will be optimistic that it can overcome fuel efficiency challenges by the time its aircraft begins carrying fare-paying passengers in 2029. Those fares look set to be high, with Boom anticipating a £3,500 price tag per seat. In 1996, British Airways charged around £5,350 – £8,800 in today’s prices – for round-trip tickets from New York to London.

Peter Thomas is a senior lecturer in aerospace engineering at the University of Hertfordshire.