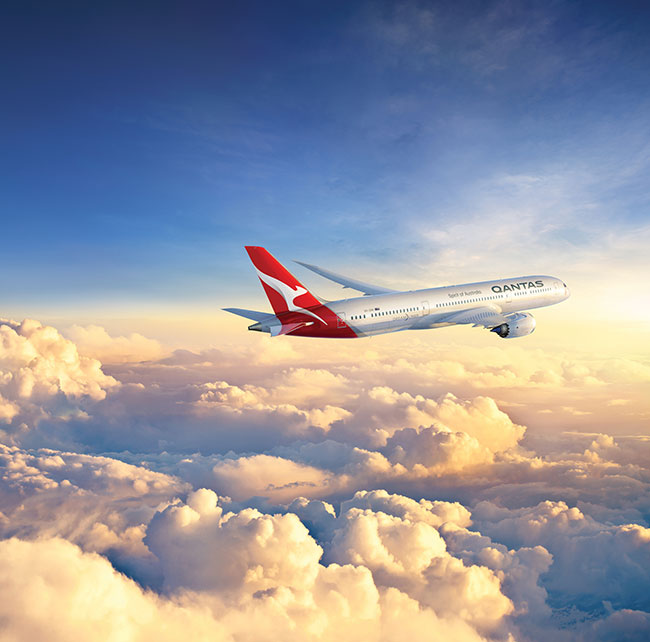 Qantas out of necessity with its Australian hub leads the way in terms of ultra-long-haul flights. PHOTO: Qantas

Coronavirus sent shockwaves through the aviation industry. Liquidity-strapped airlines across the world have been sent into administration or part government ownership following global lockdowns and a massive reduction in air travel. The International Air Transport Association (IATA) predicts the airline sector is heading for a US$84 billion net loss in 2020 as a direct result of COVID-19.

Many airlines are struggling to navigate uncharted territory. The ones that survive this crisis will have to be strategically creative. They must find a way to prioritize public health and sustainability, all the while maintaining profitability.

One way of doing this is to embrace the ultra-long-haul flight. In my research with aviation consultant Daniel Bloch and scholar Rico Merkert from the University of Sydney, we’ve been investigating why operators with ultra-long-haul flight capacity, like Qantas, are well placed to capitalise on the new normal when it emerges. As people’s priorities shift toward concerns for their health, ultra-long-haul flights have significant benefits over the current, more common model of stopping and changing planes at a big hub midway through your journey.

The technology to fly long distances has existed for a while but it was previously not economical to do so. It made more sense to transport people between major hubs on big planes, then switch them onto smaller ones for the final part of their journey. The big Middle Eastern airlines – Qatar, Emirates and Etihad – are built on this hub-and-spoke model.

But the new Boeing 787 and Airbus A350 aircraft have been game changers for the economics of long distance travel. They are twin-engine, more fuel efficient, long-range aircraft, with moderate cabin density and a large share of premium seats.

These new aircraft are better suited to an environment where people are willing to pay more to travel – particularly if they can avoid transiting in a busy hub. The willingness to pay will be even greater among business travellers and those visiting friends and relatives at a time when travel is not advised.

Qantas was the first airline to fly nonstop from New York to Sydney – a record 20-hour flight, which it did in October 2019. It used a Boeing 787. But, as well as having the power to fly further, these planes also make it more economical for airlines to fly more long haul flights between less popular destinations.

Creating new demand
In the build-up to the coronavirus pandemic, the airline industry was facing crippling overcapacity issues. Huge levels of competition were resulting in a shrinking pool of profit – in many ways the industry was competing itself to death.

Fares plummeted to unsustainably cheap levels, both from a financial and environmental point of view. And, in turn, the quality of service declined too. While effective for a portion of the market, this increasingly overbearing approach was not attractive to lots of customers. Many longed for access to better products and services. Yet several airlines fell victim to simply following the herd and cutting costs wherever they could.

Qantas, with its pursuit of the ultra-long-haul model, has pursued a different strategy. Instead of competing in the saturated space and trying to eke out what it could from existing levels of demand, it is creating a new, uncontested market with its ultra-long-haul service. Qantas also eliminated features such as on-board duty free sales, thereby reducing weight and costs.

Meanwhile, its marketing strategy has included a wellbeing programme, a menu promoting hydration and rest, as well as a state-of-the art transit lounge in Perth dedicated to its existing ultra-long-haul service. This emphasis on health and wellness could prove popular in the months to come.

Ultimately, it enables Qantas to capture a whole new demographic of travellers who may have previously opted to take the cheapest option including a stopover in the Middle East or Asia. It will also appeal to the segment of premium customers who typically fly between Europe and Australia with a degree of frequency. These are travellers who are open to paying a premium fare of around 30% more than the going rate for a higher quality and more efficient service.

The recovery from coronavirus will not be easy for any airline. But those that can pivot more easily to the new normal will be best placed to prosper and we may see the launch of more ultra-long-haul routes between Australia, Europe and United States.

These will be driven by factors including the change in customer behaviours, geographical location of cities, deployment of efficient aircraft, ongoing travel restrictions and the establishment of travel bubbles between certain countries that have coronavirus under control. This will all increase demand for more direct services. Although there are few golden opportunities out there for other airlines, the ultra-long-haul sector remains a niche market with realistic opportunities in the post-coronavirus era.

This article was originally published by The Conversation. Linus Bauer is the managing director of the aviation consulting firm Bauer Aviation Advisory. He is a visiting lecturer in Air Transport Management, City, University of London.