Girls can do anything boys can do and this is absolutely true in the world of aviation and aerospace. 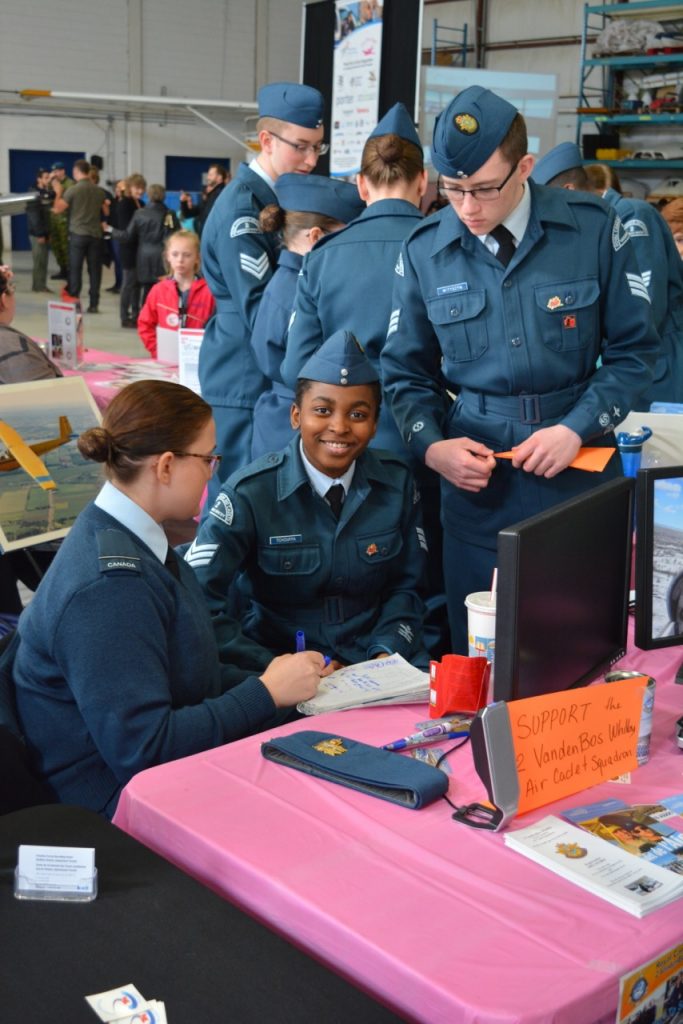 This was the clear message at the annual Girls Take Flight event March 12 held at Enterprise Airlines at the Oshawa Executive Airport. Hosted by the First Canadian Chapter of the Ninety Nines and Enterprise Airlines/Durham Flight Centre, the event was designed to introduce young women to the joys of aviation and aerospace.

A solid selection of speakers and exhibitors including NAV CANADA, Porter Airlines, Levaero Aviation, the Northern Lights Foundation and more showcased their wares and helped convey the message that the industry is just as accessible to women as it is men. Pilots on site also donated their time, aircraft and fuel to take girls airborne, many of whom had never flown before.

“Only six per cent of pilots are women and in the airlines, only five per cent are women. We feel a big reason for this is because there is a perception that being a pilot is only for boys,” said Lesley Page, a pilot and motivational speaker who helped spearhead the event. “Having an event like this at the airport where women and girls can experience aviation and aerospace, we will hopefully spark and interest.”

The Girls Take Flight event was held in conjunction with Women of Aviation Worldwide week, which including a number of events across the country. And judging by the smiles and the obvious fascination of the young girls in attendance, the message was certainly getting through – girls can, have and mostly certainly will.