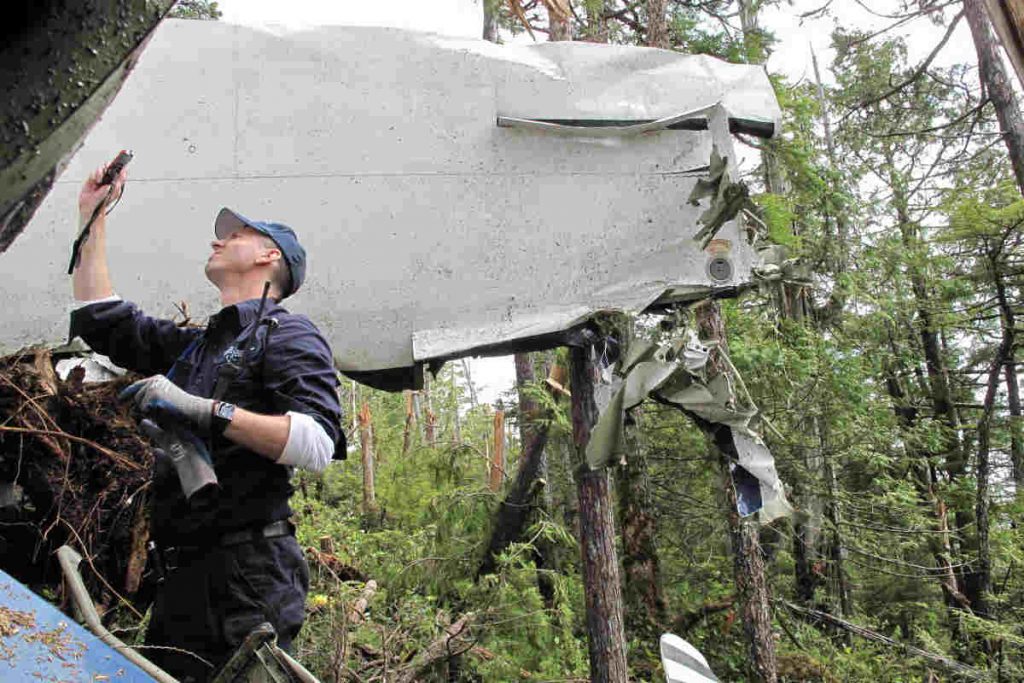 The Cessna 208 Caravan involved in TSB’s investigation crashed into a hillside in July 2019 about 17 kilometres from its fishing lodge destination. (Photo: TSB)

RICHMOND, B.C. — The Transportation Safety Board of Canada says a decision to continue flying in poor weather to a remote British Columbia fishing lodge in July 2019 led to a float plane crash that killed four people and injured five others.

The TSB says the plane left Vancouver airport’s water aerodrome on July 26, 2019, for Calvert Island on B.C.’s central coast despite poor weather forecasts for the area.

The investigation report says the pilot continued flying in bad weather and reduced visibility, and was not able to determine the Cessna 208 Caravan’s proximity to rising terrain, crashing into a hillside on Addenbroke Island, about 17 kilometres from the fishing lodge.

The TSB investigation says air operators with flight data monitoring equipment that do not actively monitor their flight operations may drift toward unsafe practices that increase the risk to flight crew and passengers.

The pilot died in the crash and the three male passengers who were killed were from South Carolina, Washington state and Germany.

The TSB says four passengers were seriously injured and one received minor injuries.