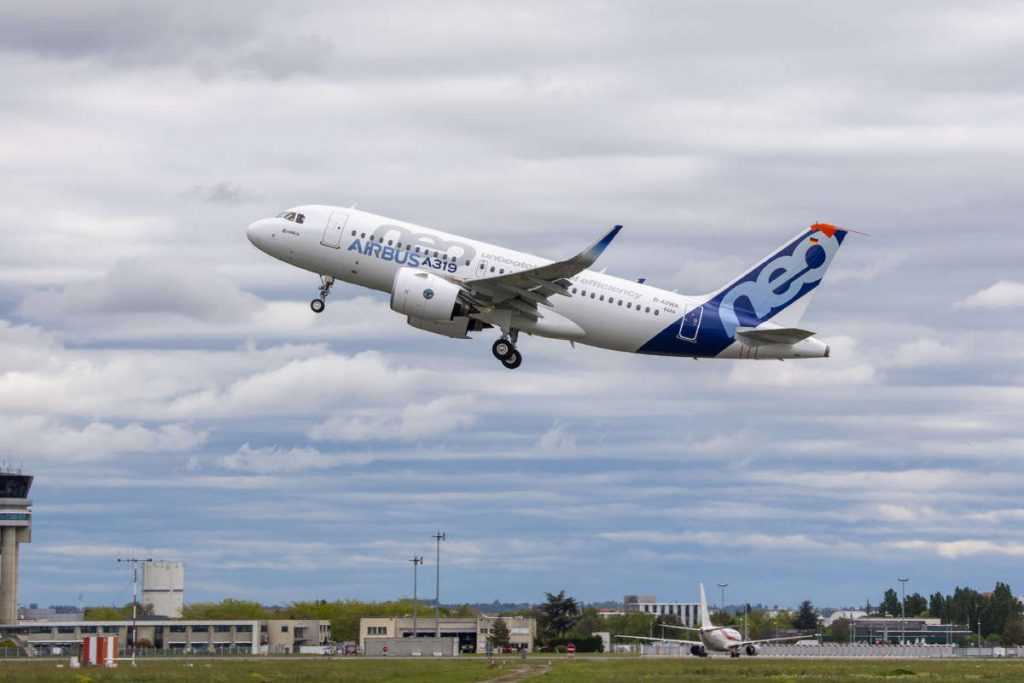 The first flight of an Airbus A319neo powered by Pratt & Whitney GTF engines took off from, and landed in, Toulouse, France. (Photo: P. Masclet, master films/Airbus)

The last of the A320neo variants, an Airbus A319neo test aircraft, completed its maiden flight powered by Pratt & Whitney GTF engines for the first time. The A319neo took off from Toulouse at 12:30 pm and landed at 15:20 pm.

Airbus is planning to achieve certification for the aircraft by the fourth quarter of 2019 after its test flight campaign. The same aircraft, MSN 6464, had originally been powered with CFM LEAP-1A engines for that variant’s full certification test campaign which began on March 31, 2017, prior to FAA/EASA certification in December 2018.

The A319neo is the smallest member of the single-aisle A320neo family, which overall has more than 6,500 orders from some 100 customers since its launch in 2010.