A Royal Canadian Air Force (RCAF) delegation recently conducted a preliminary anthropometric examination of the cockpit of the Airbus C295W aircraft which has been selected for Canada's Fixed-Wing Search and Rescue (FWSAR) program. 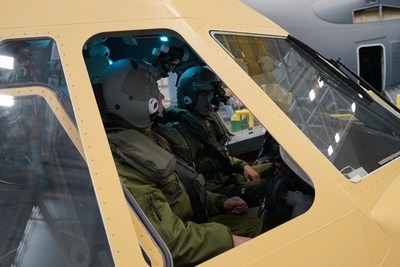 The examination at Airbus’s Seville, Spain C295W final assembly line allowed the RCAF to gain more a detailed familiarity with the aircraft’s design and layout from a human factors perspective, demonstrating that RCAF equipment such as flight clothing, helmets and night-vision goggles will integrate with the flight-deck.