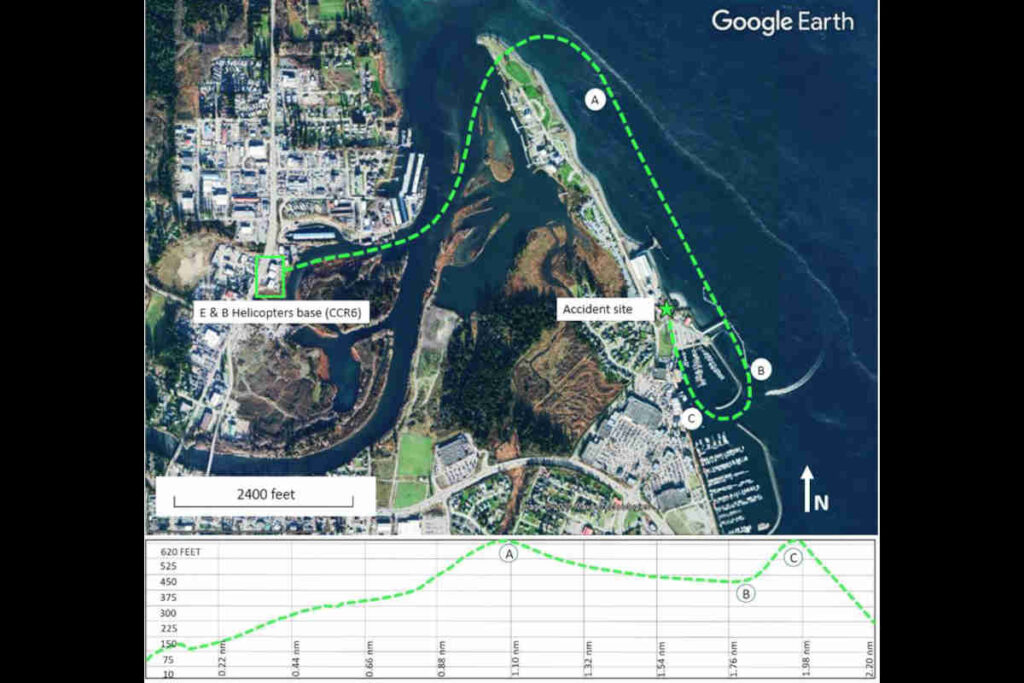 RICHMOND, B.C. — The Transportation Safety Board says a fatal helicopter crash near Campbell River, B.C., three years ago was caused by a failure in the main rotor blades.

The lone pilot, who was also the owner of E & B Helicopters Ltd., died when the chopper slammed into a building and burst into flames.

No one was hurt on the ground. 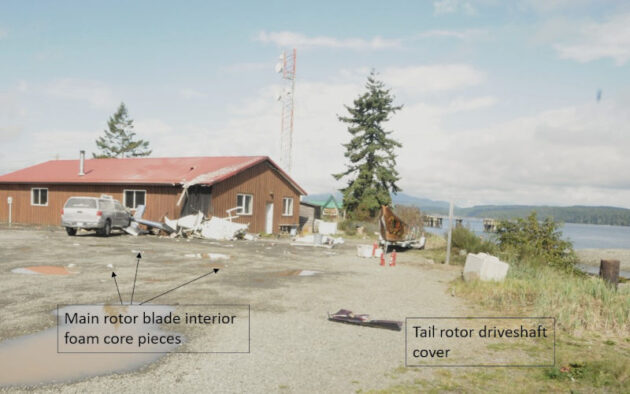 Photo of the accident site, taken 90 minutes after the accident, looking north along the direction of flight. The second truck that had been struck by the helicopter had already been moved when this photo was taken. (Source: Royal Canadian Mounted Police, with TSB annotations)

The safety board’s investigation found an engine power problem likely forced the pilot to make an emergency landing, but fatigue in the main rotor blades deformed them to the point the helicopter couldn’t remain airborne.

The report says several opportunities to improve the safety of the flight had been missed.

It says the company’s owner was also the operations manager and directed how the maintenance department was to respond to a partial loss of engine power the week before.

“If company management routinely deviates from regulatory requirements, there is an increased risk that an unsupportive safety culture will develop, affecting the entire organization,” the safety board says in a statement.