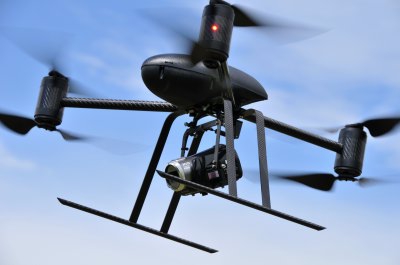 Speaking at the 12th Annual Conference of Unmanned Systems Canada in Montreal November 6, Eley described the upcoming steps in the evolution of the regulatory framework for Unmanned Aircraft Systems (UAS) in Canada. The new approach has three components: a) improved guidance material for all operators; b) exemptions from the Special Flight Operations Certificate (SFOC) for simplistic, lower risk, unmanned aircraft that do not to exceed 25kg.; and c) more stringent regulations for more complex operations. These changes are seen by Unmanned Systems Canada as a very positive move, balancing safety with practicality and owner responsibility. Details are outlined in the Transport Canada.

Under the new exemptions, a Special Flight Operations Certificate will not be required for UAVs under 2 kilograms and certain operations involving UAVs under 25 kilograms. The new approach will apply to commercial operations and contribute to a strong safety regime for those on the ground and in the skies.

Once the changes come into effect later this month, operators must check on Transport Canada’s website if the exemptions apply to them and respect specific safety conditions, including requirements to operate within visual line-of-sight, maximum altitudes and away from built-up areas and aerodromes. In addition, Transport Canada is simplifying the application process and reducing the time it takes to issue Special Flight Operations Certificates for larger UAV operators.

“This approach will dramatically improve the ability for Canadian business to safely make use of this extremely capable technology while substantially reducing the time it takes to get authorizations for more complex operations”, said Stewart Baillie, Chairman of Unmanned Systems Canada.  “Coupled with the safety awareness campaign announced two weeks ago, I believe that Canada now has one of the most effective and progressive UAS regulatory framework in the world”.

Unmanned Systems Canada has worked with Transport Canada and the aviation industry at large for over seven years on UAS regulatory matters.  The framework described today is consistent with the principles developed over this period and approved through a public consultation body known as CARAC (Canadian Aviation Regulation Advisory Council).