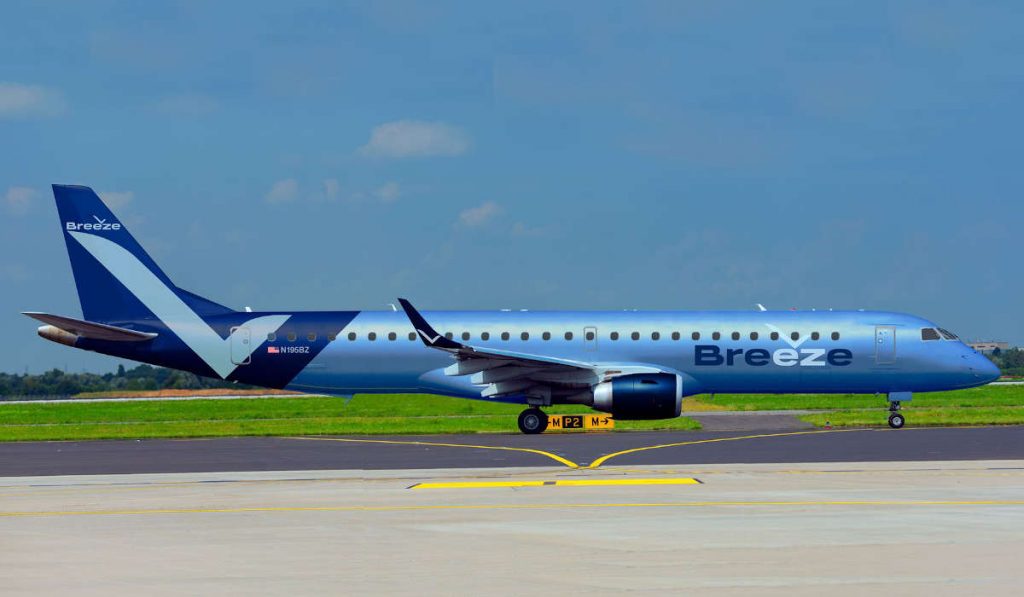 American travelers are about to get their second new airline of the spring.

Breeze Airways said Friday that it will begin flying May 27 and expand by July to 16 cities, mostly in the Southeast and central U.S.

Breeze, the creation of JetBlue Airways founder David Neeleman, is targeting secondary cities that are largely overlooked or abandoned by bigger carriers. Neeleman says 95% of Breeze’s early routes have no other nonstop flights.

Like fellow startup Avelo Airlines, which began flying in late April on the West Coast, Breeze plans to offer low base fares to attract leisure travelers, who are returning from pandemic lockdown faster than business travelers.

The new airlines hope their timing is right. U.S. air travel is recovering rapidly, although it remains about one-third below pre-pandemic levels. The plunge in travel means that used planes are plentiful and cheap, and there is a ready labor supply among pilots and other workers who lost their jobs at bigger airlines.

To survive, the newcomers must avoid antagonizing larger competitors that could crush them. Several other budget carriers also pursue vacation travelers, and one of them, Frontier Airlines, already announced plans to challenge Avelo in Burbank, California.

Breeze said its first flights will connect Charleston, South Carolina; Tampa, Florida; and Hartford, Connecticut. Other destinations will be added each week through July 22, stretching from Providence, Rhode Island, to San Antonio, Texas.

Breeze will start with 13 Embraer jets, some of which it is getting from another Neeleman airline, Brazil’s Azul. Neeleman said in an interview that Breeze will achieve trip costs 20% to 25% less than those of bigger airlines, allowing it to serve smaller markets and still become profitable by year end.

Breeze has ordered 60 slightly larger Airbus A220 jets that it expects to begin receiving in October at a rate of one per month, which should let it operate longer flights.

The airline had to retool one cost-saving tactic — a plan to hire college students as flight attendants and pay them $1,200 a month plus tuition help and company-provided housing. They could not remain flight attendants after leaving school, so this approach would prevent them from gaining seniority that leads to higher wages at other airlines. The largest union of flight attendants blasted the plan.

A Breeze spokesman said the airline wasn’t attracting enough applicants. Breeze is now advertising for flight attendants without the current-student requirement, although it still has a partnership with a college in Utah to provide candidates.