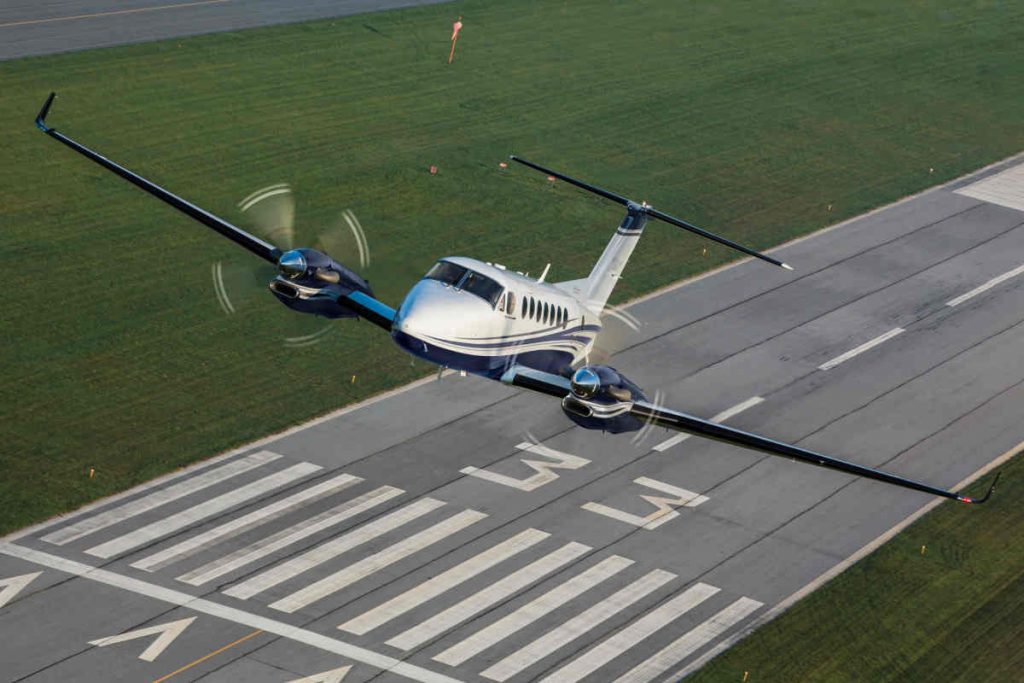 Textron Aviation introduced the next generation of its King Air turboprop family with the Beechcraft King Air 360/360ER. The updated flagship turboprop is currently in production with customer deliveries expected to begin in the Fall of 2020.

“The Beechcraft King Air 360 builds on decades of renowned versatility and reliability in the King Air family, and this upgrade further elevates it with the aircraft’s superior features and engineering advancements designed to create an enhanced flying experience for passengers and crew alike,” said Ron Draper, president and CEO, Textron Aviation.

Textron points to its addition of the Innovative Solutions & Support (IS&S) ThrustSense Autothrottle as a key feature of the King Air 360 cockpit. The company explains this new autothrottle automatically manages engine power from the takeoff roll through the climb, cruise, descent, go-around and landing phases of flight – helping to prevent over-speed or under-speed, over-temp and over-torque conditions.

Focusing on another key cockpit upgrade of the King Air 360, Textron points to its new digital pressurization controller, which automatically schedules cabin pressurization during both climb and descent, reducing pilot workload and increasing overall passenger comfort. The pressurization gauges have been integrated with the Collins Aerospace Pro Line Fusion flight deck.

In terms of cabin upgrades, with seating for up to nine passengers, the King Air 360 features a cabin altitude of 5,960 feet at a typical cruising altitude of 27,000 feet – more than 10 per cent lower when compared to the King Air 350i.

Textron notes the redesigned bespoke cabin design of the King Air 360 features a new look with custom-built cabinetry, partitions and side ledges, upgraded materials and finishes, along with all new interior schemes. Other amenities that come standard on the entire King Air lineup include pull-out work tables, standard power outlets, USB charging stations and a private aft lavatory.

“We created an environment that provides passengers with a greater sense of openness inside the King Air,” said Christi Tannahill, senior vice president, Customer Experience. “The cabin experience is such a critical element when choosing an aircraft, and it was important for us to surpass customer expectations.”

Nearly 7,600 Beechcraft King Air turboprops have been delivered to customers around the world since 1964, which Textron describes as the best-selling business turboprop family in the world. The worldwide fleet has surpassed 62 million flight hours in its 56 years.